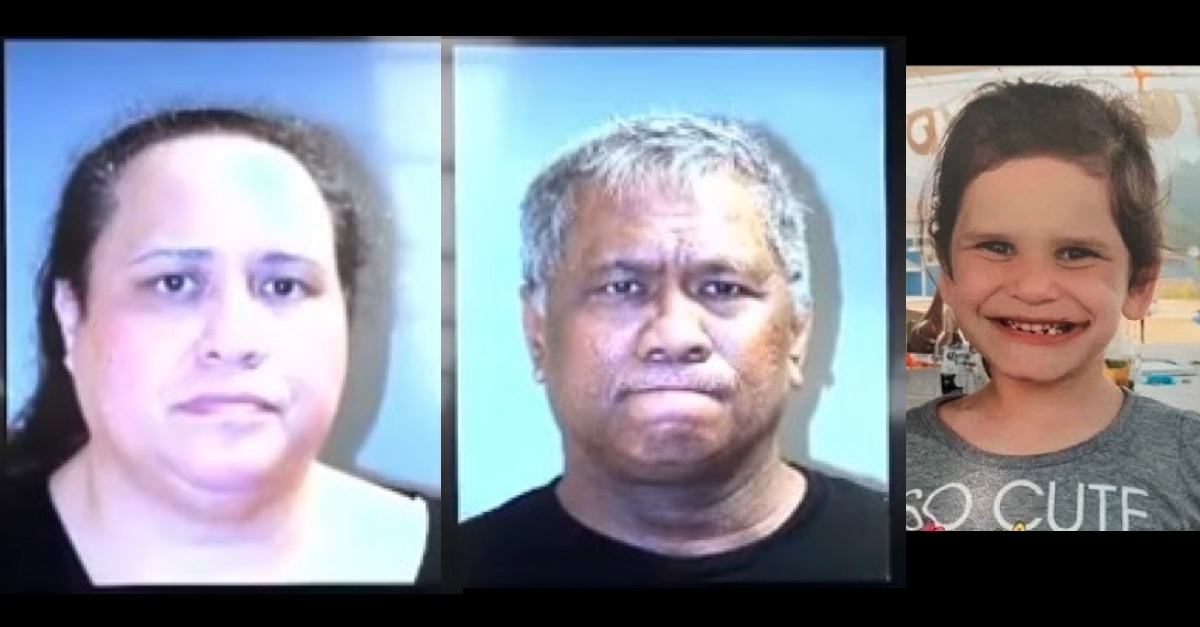 A Hawaii couple who reported their 6-year-old adopted daughter missing in September is now charged with the little girl’s murder.

“Based on the investigation conducted by the homicide detail, we believe that Ariel was murdered sometime in the middle of August 2021 by her adoptive parents,” Moszkowicz said. “It’s worth noting this time element is a full month before Ariel was reported to police as a missing person.”

Police said that they didn’t initially suspect foul play, but that changed as the investigation continued.

The Kaluas first reported Ariel missing at around 6:30 a.m. on Sept. 13 and launched a days-long search that involved multiple law enforcement agencies and hundreds of volunteers.

The couple told police that they had last seen Ariel the night before, when they put her to bed at around 9 p.m., Moszkowicz said.

Although the Kaluas cooperated with the investigation at first, it didn’t last.

“Initially they were [cooperative],” Lt. Deena Thoemmes said at the press conference. “They did open their homes initially to us, provided us statements, but then as the weeks passed, there was no callback to us.”

Thoemmes also said that the Kaluas had fed police false information from the start.

“The very first statement on Sept. 13 was false,” Thoemmes alleged, referring to the couple’s report to the police that they believed Ariel had gotten up in the middle of the night and walked away.

Moszkowicz said that the FBI’s participation was crucial in helping crack the case.

“In the last week to 10 days, some evidence has come to light, with the significant help of the behavioral analysis unit,” Moszkowicz said, adding that the FBI’s resources helped local investigators make slight—but effective—changes to the way they approached the case.

“They gave us an insight that I don’t think we could have probably been able come up with on our own,” Moszkowicz said. “Those kinds of very slight changes to the tact that the homicide team was taking was able to create this development.”

Moszkowicz also pushed back on recent local headlines that implied police had dropped the search for Ariel, who would have turned seven over the weekend.

“We have never stopped our investigation,” he said. “Ariel was never forgotten.”

Police searched the Kaluas’ home and cars on Wednesday but did not immediately reveal the results of those searches. Officials said that the Kaluas are the only suspects at this point.

“We believe that the evidence leads to the Kaulas, and no one else,” Interim Honolulu Police Chief Rade Vanic said at the press conference.

The Kaluas, who remain in police custody, had adopted Ariel in the past year or two, police said. Her sisters are now with child protective services.