Joshua Aide Convicted of Trying to Kill His Ex-Girlfriend, Another Man, and of Murdering Her Father 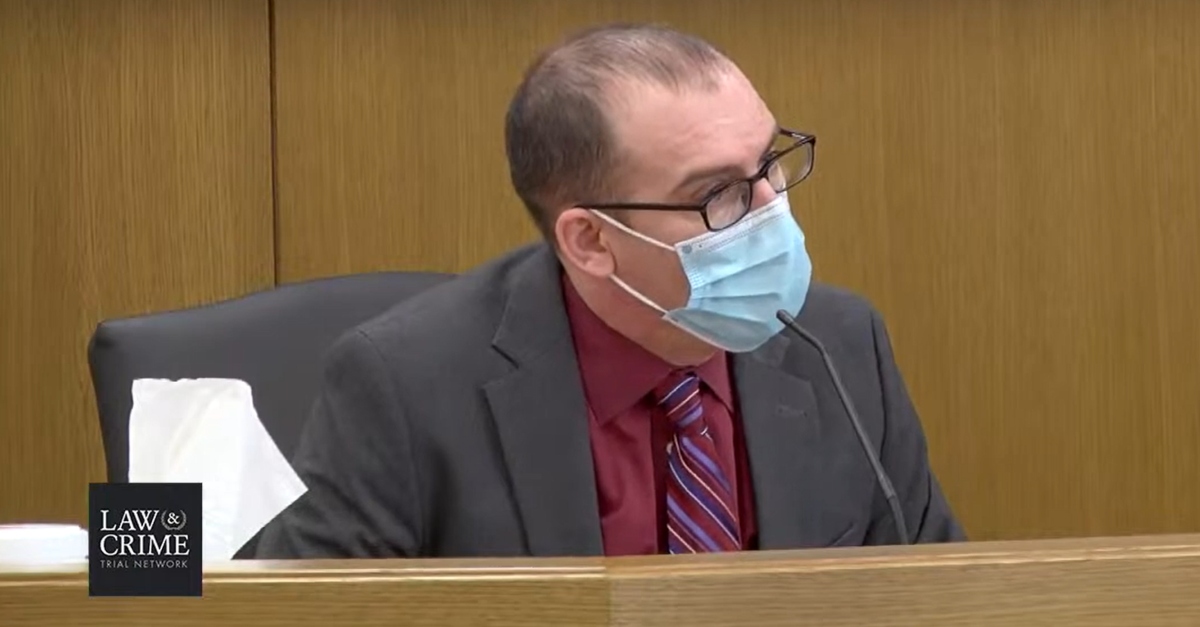 A jury in Winnebago County, Wisconsin found Joshua Aide, 40, guilty of trying to kill his ex-girlfriend Rebecca Borkowski, 33, and another man, John Miller, 57.  He was also convicted of murdering his ex’s father, James Gruettner, 59.

The prosecution said at trial that the defendant attacked the victims on August 4, 2020, months after Borkowski dumped him. He subjected her to physical abuse, and she was done with him, according to testimony. There remained the matter of a Chevrolet Tahoe they co-owned. It had radiator problems. All Borkowski wanted to do was get it fixed as soon as possible so she could give it to Aide and get him out of her life. The defendant, however, went to the property intoxicated and quickly started shooting. All three victims were shot in the head. Aide would have killed them all but for Rebecca’s decision to quickly turn her head and John’s decision to flee, said prosecutor Amanda Nash in closing arguments on Wednesday.

#JoshuaAide – Rebecca Borkowsk hugs loved ones following guilty verdict. She survived a bullet to her head while her father died on the ground next to her & family friend John Miller ran for help, also with a bullet wound to his face. All shot by her ex-boyfriend Joshua Aide. pic.twitter.com/HvQkoFqWdP

The defense tried to assert it was actually Aide who was the target and that Borkowski lured him to the property. They attempted to show that the relationship began falling apart in 2018 and that Rebecca failed to convince the defendant to sell his late father’s house. During testimony on Wednesday, Aide asserted that Rebecca’s father wordlessly pushed and struck him, so he opened fire in self-defense.

James Gruettner’s wife, Julie Gruettner, said her husband would not hurt a fly.

#JohsuaAIde – Defense: Prior to your husband and John Miller leaving, didn’t they discuss killing Josh?
Julie: No, my husband wouldn’t hurt a fly. @LawCrimeNetwork pic.twitter.com/fcyR7jt2mR

Aide testified to shooting Miller after Miller was about to hit him with an object. He also testified that he fired at Borkowski after she who raised a weapon at him.

Defense lawyer Scott A. Ceman maintained that the official investigation into the events of that night was rushed — it was essentially over within a couple of hours. Authorities were just trying to make the evidence fit the narrative given by their determined victims, he said. Rebecca, a gunowner with multiple firearms, eventually presented a previously unaccounted firearm to the authorities. No one bothered to investigate or question what happened to this other gun while it was missing, Ceman said. In Aide’s version of events, Rebecca put her firearm under a table.

In a rebuttal, Nash said the physical evidence at the scene did not match what the defendant claimed happened. To believe the conspiracy theory, jurors would have to believe that Borkowski’s means of luring Aide was to tell him repeatedly to leave her alone, and jurors would have to believe the gun under the table disappeared. Rebecca was the one who brought the firearm up to the police, not the defendant. On the night of the murder, there was no evidence she had a gun on her, and she was in no condition to hide weapons because she had been shot in the head.

Aide denied during cross-examination that his 49 calls to Borkowski that day were obsessive. He maintained it was just because he was not sure if the calls went through. He insisted that amid the breakup, he did not ask her about getting back together, but just wanted to understand why she was ending a five-year relationship.

Text evidence and testimony showed that he complained about the breakup made unsolicited assertions that Borkowski was dating different men. Nash maintained that Aide’s motivation was anger, jealously, and the drive to control Rebecca.