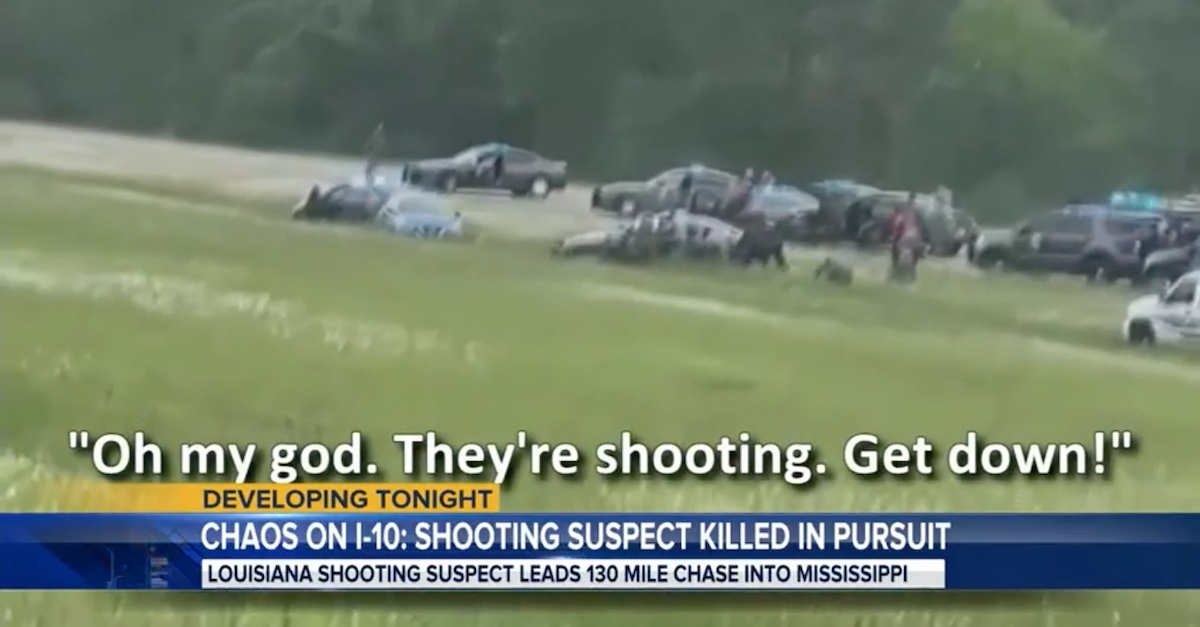 An image taken from witness video shows the scene as shots rang out. (Image via WLOX-TV screengrab.)

A 3-month-old baby is dead after a shootout between the police and the child’s father in Biloxi, Mississippi.

The father, Eric Derell Smith, 30, was struck and killed by multiple gunshots. The infant, La’Mello Parker, was struck once and killed, but the local coroner’s office did not immediately confirm whether the baby was shot by the police or by the father. A full report will be provided to various authorities, including the local prosecutor’s office, Harrison County, Miss. Coroner Brian Switzer told local ABC and CBS affiliate WLOX-TV.  Switzer did not say whether the baby was shot at close range.

The coroner said earlier that Smith was not killed by a self-inflicted wound. 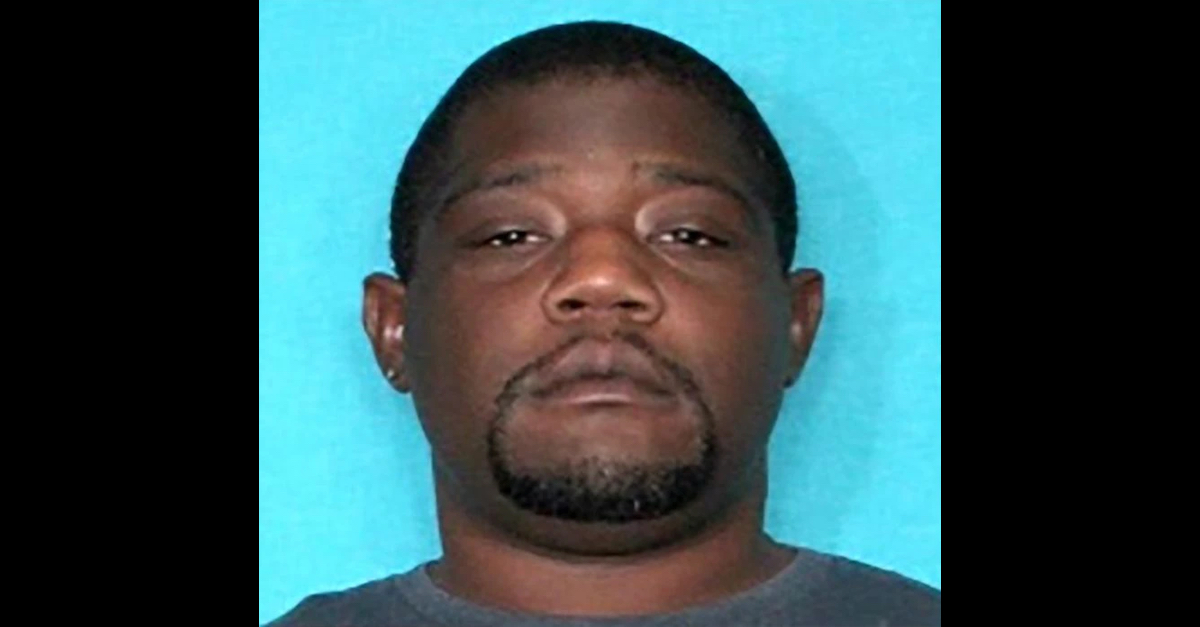 Smith was suspected of killing his ex-girlfriend Christin Parker, 32, and her nephew Brandon Parker, 26, in East Baton Rouge Parish, Louisiana, on Monday.  Christin Parker was La’Mello Parker’s mother. Smith took off with La’Mello and fled to Mississippi.

Police chased Smith to Biloxi, about two and a half hours east of Baton Rouge Parish, knowing that baby La’Mello was in Smith’s car. About two-thirds of the way to Biloxi, authorities say Smith and the police shot at one another in Hancock County, Miss. Traffic was blocked from entering the highway. At least 50 law enforcement vehicles were part of the pursuit, the TV station said. 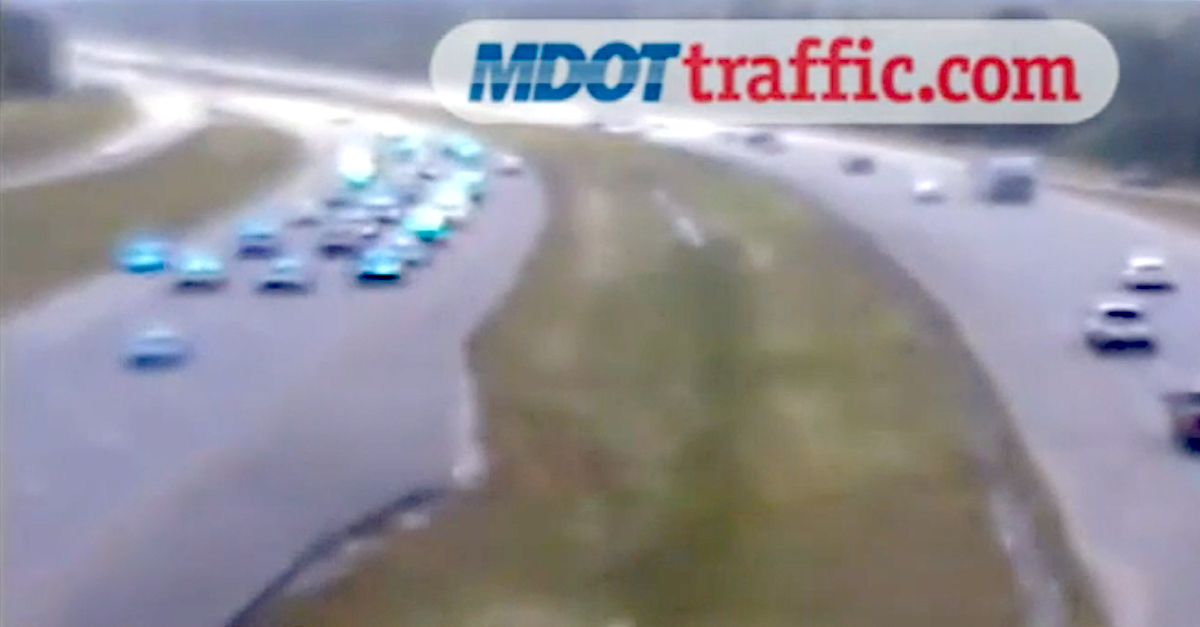 A screen capture from video recorded by a Mississippi Department of Transportation traffic camera shows Eric Derell Smith’s blue sedan being chased by a collection of police vehicles.

Multiple videos of the chase show police cars lined up three and sometimes four vehicles wide and an uncountable number of vehicles deep in pursuit of Smith’s blue sedan.

Police deployed stop sticks. Smith reportedly drove around them at one point, but eventually, two of his tires popped. As Smith’s vehicle slowed, video recorded by a witness shows the police bumping his sedan into the median.

Other video recorded by a witness suggests Smith may have fired a gun. The police answered by firing approximately twenty rounds.

A police account reported by the Biloxi Sun-Herald suggests Smith may have tried getting out of the vehicle.

Smith appears to have died at the scene.  The baby was rushed to one hospital in Biloxi, then to a trauma center in Mobile, Alabama. Though the baby was originally listed in stable condition, he apparently took a turn for the worse.

Watch one of the witness videos below.