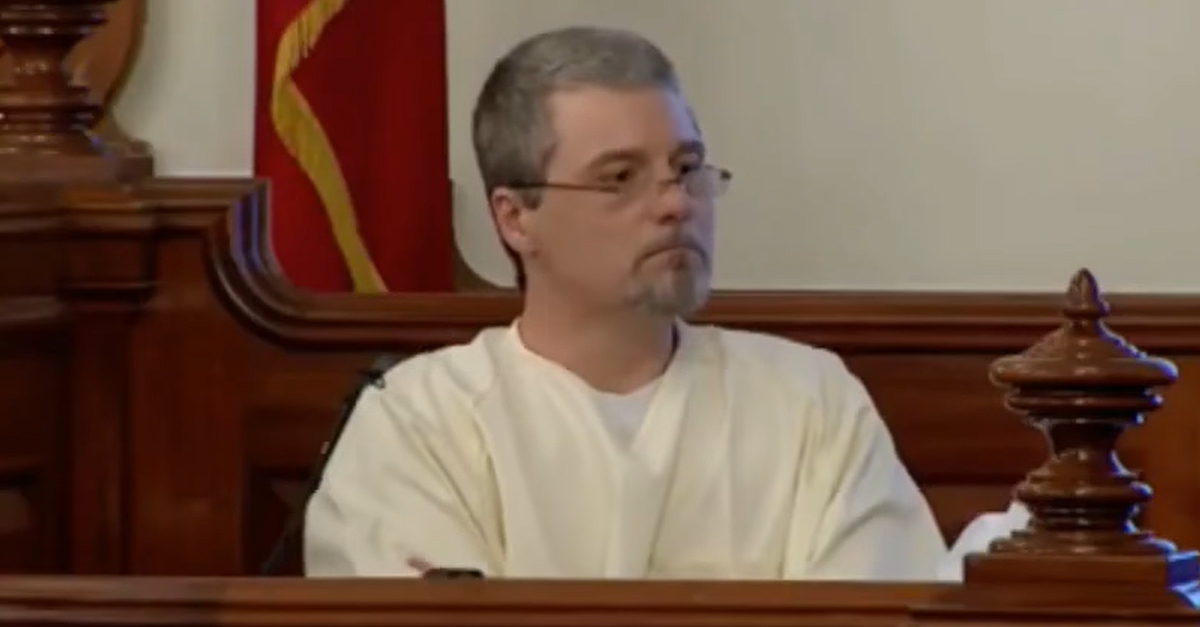 “The Devil” is back in jail. Jason Wayne Autry, a 46-year-old key witness in the 2011 rape and murder of Tennessee woman Holly Bobo, was arrested Thursday on drugs and firearm charges, according to WKRN. Benton County deputies said they found him lying in a field near Interstate 40 wearing pajamas, according to WKRN. He allegedly attempted to run.

A deputy claimed to see him walking in that field with a gun, according to News Channel 5. The defendant allegedly ran, but fell down. Authorities claim they found evidence indicating he was dealing and using meth, and possessed weaponry despite being a convicted felon.

Autry is better known for his admitted link to Bobo’s death. He testified in a 2017 trial that he was recruited to help Zachary Adams, John Dylan Adams, and Shayne Austin discard the apparently dead body of Bobo, 20.

In his account, he agreed to help, and even suggested gutting the remains so it would sink into the water. But Bobo was not dead. Not yet. Autry said he heard a sound from the “multicolored farm blanket” she’d been wrapped in.

“This fuckin’ bitch is still alive!” he claimed to say. Autry testified to hearing Zach Adams shooting her. He admitted to taking “one hell of a load of dope” before all this, but the shots snapped him back and made him realize he was in a “bind.”

The defense of Zach Adams tried to suggest convicted sex offender Terry Britt as an alternate suspect, and they brought up a former lead investigator who said the details of Autry’s story were false. According to trial testimony, Britt was taken off the case because his superior thought he developed tunnel vision and refused to look at alternate suspects. Autry acknowledged on the stand that he was testifying as part of a deal with the prosecution. (He was previously indicted for murder and kidnapping.)

Jurors sided with the state. Austin is dead by suicide, Zach Adams was convicted of the murder, and John Dylan Adams entered an “Alford plea” for charges including facilitation of first-degree murder. As for Autry, he comparatively skated by with an eight-year sentence for facilitation to especially aggravated kidnapping and solicitation to commit murder, and was immediately released on time served.

“Was justice served for Holly? Yes, but at a cost,” Decatur County Sheriff Keith Byrd remarked at the time, according to WKRN. “The state had to make a deal with the devil to get Zach Adams prosecuted. I don’t necessarily agree with that, but I understand it.”

It is unclear if Autry has an attorney in this new matter.