Will Harvey Weinstein Be Extradited to Los Angeles? | Law & Crime 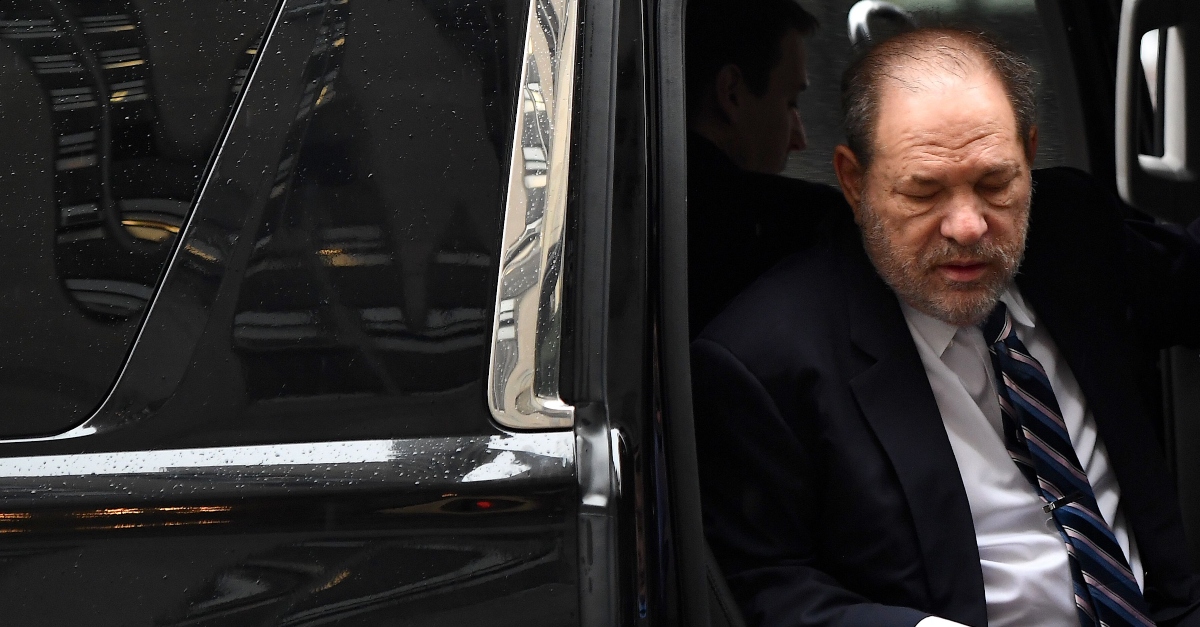 The Los Angeles County District Attorney’s Office announced Wednesday that they have begun the process to extradite Harvey Weinstein from New York to California for a pending rape and sexual assault trial.

It’s expected for authorities in one jurisdiction to extradite a defendant who was just convicted and sentenced in another state. The real news would’ve been if they didn’t do it. Nonetheless, the L.A. prosecutor’s announcement is striking because of the nature of the case. Even Weinstein, a disgraced Hollywood producer, acknowledged at sentencing that his case fueled the #MeToo movement. Dozens of women have publicly accused him of sexual misconduct, and said he used his potent resources to silence them. This story has led to an ongoing national conversation about how power can insulate sexual abusers from responsibility.

Los Angeles, prosecutors say that, on February 18, 2013, the defendant forced his way into a woman’s hotel room, and raped her. Weinstein sexually assaulted a woman at a Beverly Hills hotel suite the next day, they said. The charges are forcible rape, forcible oral copulation, sexual penetration by use of force and sexual battery by restraint.

How will Weinstein plead? Guilty or not guilty? The answer here is as likely as impending extradition. Weinstein may have expressed remorse at the sentencing on Wednesday, but he never admitted wrongdoing under the law. He and his New York team adopted a specific theme. They maintained that Weinstein is a flawed person who cheated on his wife and was a tough boss, but not a criminal.

The team has repeatedly complained about New York Judge James Burke, and have signaled they’re going to appeal. It was more of the same after Wednesday’s hearing. Defense lawyer Donna Rotunno argued that the 23-year sentence was “obnoxious,” and was unsupported by the evidence. She said she believed that the judge and the jury “caved,” and that Weinstein didn’t get a fair trial.

#HarveyWeinstein defense attorney Donna Rotunno hauls off on the sentence and says the process was unfair. WATCH some of her comments here. @LawCrimeNetwork pic.twitter.com/WA3AkGul2g

A juror identified by his first name, Drew, spoke to CBS last month after the verdict, and said the jury made a decision based on the facts of the case, and never discussed the #MeToo movement.

“This case,” he said. “These people. This is our decision.”