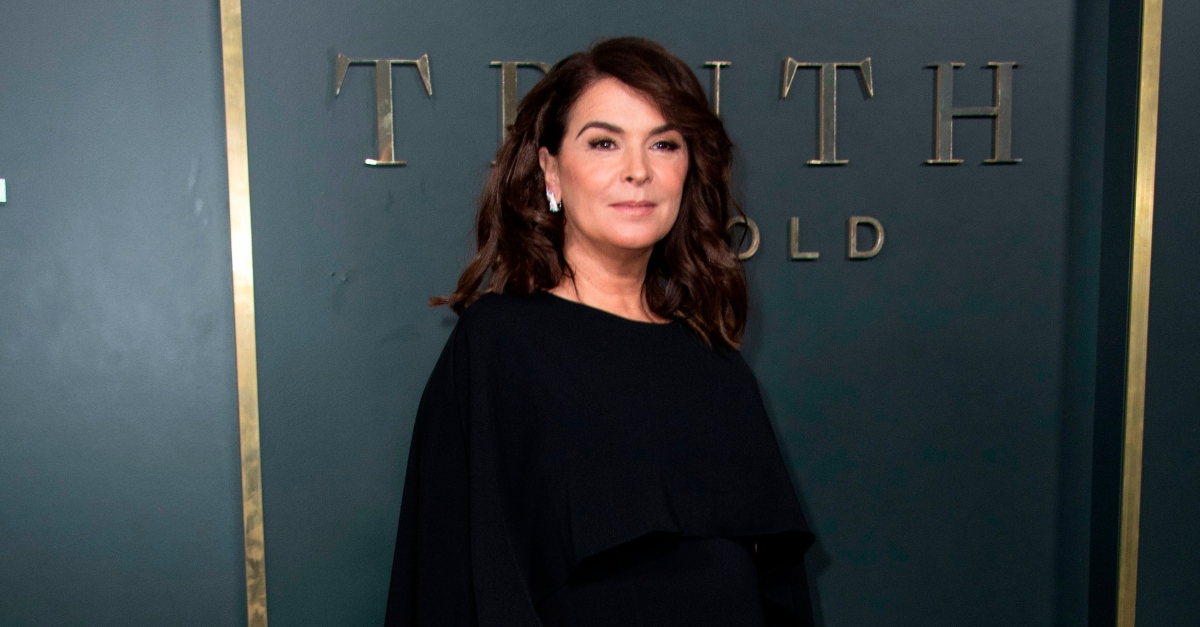 Actress Annabella Sciorra testified Thursday in the sexual assault trial of disgraced Hollywood producer Harvey Weinstein. She detailed the time before, during, and after he allegedly raped her. One striking detail: He once sent her a care package that had chocolate penises, she said.

Her story isn’t being adjudicated, but prosecutors called her as a witness to bolster their case that Weinstein sexually assaulted former production assistant Mimi Haleyi in 2006, and raped actress Jessica Mann in 2013. The defendant terrorized women, and used his professional leverage against them for years, prosecutors said. More than 80 women said the producer engaged in sexual misconduct against them.

Sciorra said that met Weinstein at an Los Angeles party around 1990 or 1991. She eventually worked on the Weinstein-produced film The Night We Never Met. She didn’t want to do it, especially on the heels of two other films, and she had wanted a break, she testified. Weinstein, however, said he wouldn’t produce it unless she was in it, she said.

She testified to calling the defendant to say she was very tired, and so he sent her some care packages, she said. In one, there were movies, Valium, licorice, wine, and popcorn, she said.

Weinstein sent another care package later, she said. It had the aforementioned chocolate penises, according to her account. She said she thought it was inappropriate.

As she previously said in public, Sciorra testified that Weinstein raped her at her Gramercy apartment in the winter of 1993-1994. She testified that she was not taking Valium at the time.

Sciorra said she did not report the incident, saying she wasn’t sure if this was rape. She felt at the time that the crime was something that happened in back alleyways, and were committed by strangers, she testified. Weinstein was someone she knew.

Sciorra testified to confronting him about the incident at a dinner. According to her account, she told him she woke up naked. He allegedly said that’s what all nice Catholic girls say, and he leaned into her, and told her this remained between them. She described this behavior as very menacing., and she said she thought he was going to hit her.

She testified that Weinstein continued to harass her, even coming to her hotel room  in London one night and banging on the door, even though they weren’t working on the same movie at the time. Matthew Vaughn, the producer she had actually been working with, helped her change hotels in the middle of the night, she said.

Sciorra testified that she didn’t know her 1997 film Cop Land was a Miramax movie at the time she read for it. She knew it was a Miramax film when she agreed to do it, she said.

Interesting move for the state to put Sciorra on the stand before the two complainants in #HarveyWeinstein trial. If jury finds her testimony credible, it can sway the jury early on in their support of the prosecution’s case…. https://t.co/aXsZrMYjF9

In opening statements Wednesday, Weinstein lawyer Damon Cheronis worked to undermine Sciorra’s account. Cheronis said it was a problem that she didn’t give a precise date for the alleged rape. There was a four to six month time window, he said. Because of the lack of specificity, they can’t go back to interview people regarding the defendant’s whereabouts, or talk to Sciorra’s neighbors.

He also tried to cast doubt that she wouldn’t have initially known Cop Land was a Miramax film. As a big actress, the first thing she would’ve done is see who was making the film.

The lawyer said that a friend of Sciorra’s will testify that the actress once discussed doing a crazy thing: consensual sex with Weinstein. She didn’t describe it as rape, he said.

The defense has asserted that there was no nonconsensual sex between Weinstein and the alleged victims Haleyi and Mann. Sciorra testified that she never had a romantic relationship with the defendant, and never had interest.