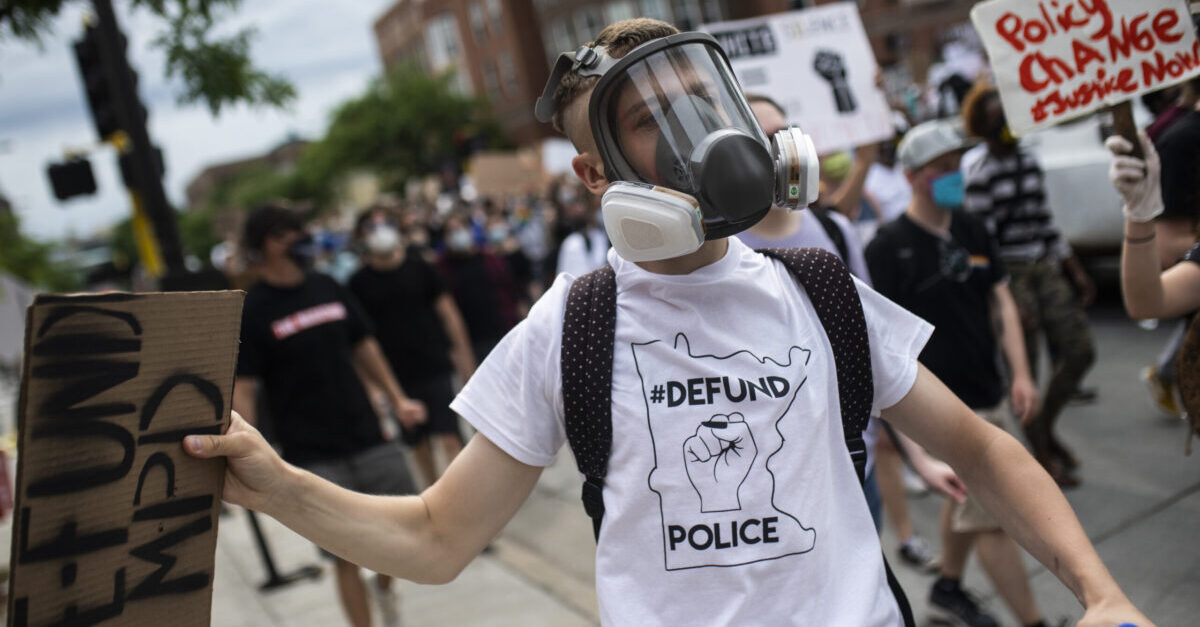 One policy which has emerged from America’s marketplace of ideas following two weeks of George Floyd protests is the suggestion that the police should be “defunded” or, in some opinions, “abolished.” The phrases themselves can carry several implicit policy suggestions and implications. The outlines of the various suggested drastic changes in policy have been reported extensively elsewhere.

Sen. Kamala Harris (D-Calif.), while introducing the reform-oriented Justice in Policing Act of 2020 (which some argue did not go far enough), questioned the presumption that more police equal safer communities.

A two-year-old study concerning the role police departments play in communities is receiving new attention. The study, written by Steven Mello, posits a simple equation which some, but not Mello himself, might perceive as the reverse of what Harris said: more police equals less crime.

Mello’s work began receiving attention given the current environment of protests and calls for dramatic and systemic reforms.

@majorityfm I brought up Friday the Princeton economist Steven Mello paper More COPS Less Crime. It is germane to discussion today. I think there are some methodological issues, but the data analysis seems right. It should be critiqued, right wing groups are aware of it

I’ve gone back to @mellosteve2‘s research several times in the past few days to help inform my thinking on police policy. Very interesting and important work.https://t.co/2RPBtw6DX6

Public safety is very important – they should spend a lot of money! Militarization is counter-productive and a waste of money, but hiring well-trained police officers reduce crime. The evidence is quite clear.

For recent, really good evidence in the US, see: https://t.co/A725lvt8qk

In response to questions from Law&Crime, Mello took to Twitter to address some of the attention his work has received. As to Harris’s comments, he said the following:

4. I was recently asked to comment on @KamalaHarris’s statement: “we have confused having safe communities with hiring more cops on the street…when in fact, the real way to achieve safe and healthy communities is to invest in those communities…”

5. Do her comments contradict what we know? Not really. While I (and others) have found that police can reduce crime, an arguably larger body of research has revealed the public safety benefits associated with exactly the types of investments she is talking about.

In other words, Mello is cautioning people to look beyond his own work for broader meaning.

Federal budget decisions, he says, provided a ripe occasion to examine a decades-old assumption that increased policing results in less crime. Federal grants for local police hiring increased during the Clinton Administration, then decreased sharply; the grants increased again during the Obama Administration. In the late 2000s, a federal allocation of “about $2 billion” for Community-Oriented Policing Services (COPS) “cover[ed] the salary cost of new police hires for local law enforcement agencies,” Mello wrote. He checked the spike in the number of officers against crime statistics.

When crunched, the data “suggests that each additional sworn officer reduces victimization costs by about $352,000,” Mello wrote. He wrote that increases in police ranks tend to influence “violent crime” more than “property crime,” but that both numbers dipped after federally-funded local police hiring sprees commenced.  “Declines in robbery and auto theft are particularly pronounced,” he wrote. Plus, increased numbers of officers also reduced the murder rate: “each officer prevents 0.11 murders,” he wrote, meaning that “one life can be saved by hiring about 9.5 additional police officers.”

Interestingly, Mello’s research indicates that crime numbers went down even as arrest numbers did not. “The lack of arrest rate increases suggests that a deterrence, rather than incapacitation, mechanism underlies the crime reductions,” he therefore concluded. That is important because deterrence is less expensive:  “incapacitation is associated with increased incarceration costs in addition to the police wage bill,” he noted.

Though Mello found that crime rates went down after additional police were hired, he was careful when opining whether federal grants which resulted in additional officers were worth it financially: “[o]n net, the evidence suggests that the program is cost-effective, but it is difficult to say for sure,” he wrote, because the data is mixed and some measures are hard to quantify. He later concluded, however, that “an additional officer per 10,000 residents reduces victimization costs by about $35 per capita . . . [t]he estimated magnitude suggests that expanding the police force is easily cost-effective for the average city.”

But, elsewhere, Mello estimates that

I estimate that one officer-year was added for every $95,000 spent by the federal government and that the social benefit associated with the ensuing crime reduction on the order of $350,000. Under more conservative assumptions, the program fails a cost-benefit test.

In an email to Law&Crime, Mello said the cost-benefit analysis was difficult:

It is very challenging to get a clear answer here. At the end of the day, statistical estimates are always subject to some imprecision and one needs to be responsible about taking that imprecision into account. Additionally, my cost-benefit analysis only considers estimated crime reductions and fiscal costs associated with officer hiring. There could be other costs or benefits associated with increases in police forces that I do not measure in paper, further complicating the ultimate cost-benefit calculation.

Some of Mello’s more recent work has been funded by U.S. Department of Justice grants, his curriculum vitae states. He told Law&Crime by email that this particular paper was not funded by the DOJ.

Other, earlier studies have resulted in contradictory findings.

Two researchers (John L. Worrall and Tomislav V. Kovandzic) in 2007 revisited the work of previous researchers (Zhao, Scheider and Thurman) who in 2002 found that federal COPS grant money “led to significant reductions in violent and property crimes in cities with populations greater than 10,000.”  The newer Worrall and Kovandzic research suggested, however, that “COPS grants had no discernible effect on serious crime during the period.”

“Tests on overall spending or only COPS spending fail to reveal any significant effect of COPS grants on crime rates,” Worrall and Kovandzic found, according to an abstract.

A USA Today report from 2019, citing U.S. Department of Justice figures, said that “the raw numbers of police have declined over the past five years, and the rate of police officers per 1,000 residents has been dropping for two decades.” However, “[a]t the same time, the violent crime rate has also dropped,” it said.

That newspaper report quoted Alexander Weiss, a police staffing consultant. “Most police departments have issues, not with the number of officers, it’s with how they are deployed and scheduled . . .  [i]t’s more important what the officers do, versus how many of them there are.”

Mello told Law&Crime by email that his study did not look at police scheduling or tactics because data surrounding tactics was difficult to come by:  “there is very little data available on police deployments for most cities and towns in the US,” he said.

Yet another study by authors James E. Guffey, James G. Larson, and Chandrika Kelso in 2010 states as follows:  “A commonly held belief among law enforcement officials, law enforcement pundits, and citizens of the U.S. is that more police officers on the streets or investigating crimes results in less crime and safer communities. Intuitively, this belief is logical; however, no solid data support this claim.”

Mello’s 2018 paper defended its differing results against many of the earlier studies this way: the earlier studies “lack a clear control group and suffer from the possibility that [federal] grants are targeted where they are most needed or most likely to succeed.” Mello’s paper asserts that his methodology clears up that problem and therefore is more accurate.

Still, this week on Twitter, Mello said that the narrow scope of his paper needed to be recognized given the current political and social debate about the role of police in American communities:

1. I found that (ARRA-funded) increases in police manpower reduced crime. Based on my paper, as well as other studies such as Evans + @ProfEmilyOwens, @ajc730 + McCrary, and @emilyweisburst, rolling back police presence is likely to carry a cost in the form of increased crime.

2. But there may also be important benefits to scaling back police presence, such as reducing the number of police-civilian interactions with the potential to become violent and reducing the disproportionate burden of low-level policing in minority communities.

3. While many studies speak to [1], our understanding of [2] is still relatively new. Important work by Desmond Ang has shown huge impacts of police violence on kids. One of my papers finds that fines + fees can have outsized effects on the finances of low-income households.