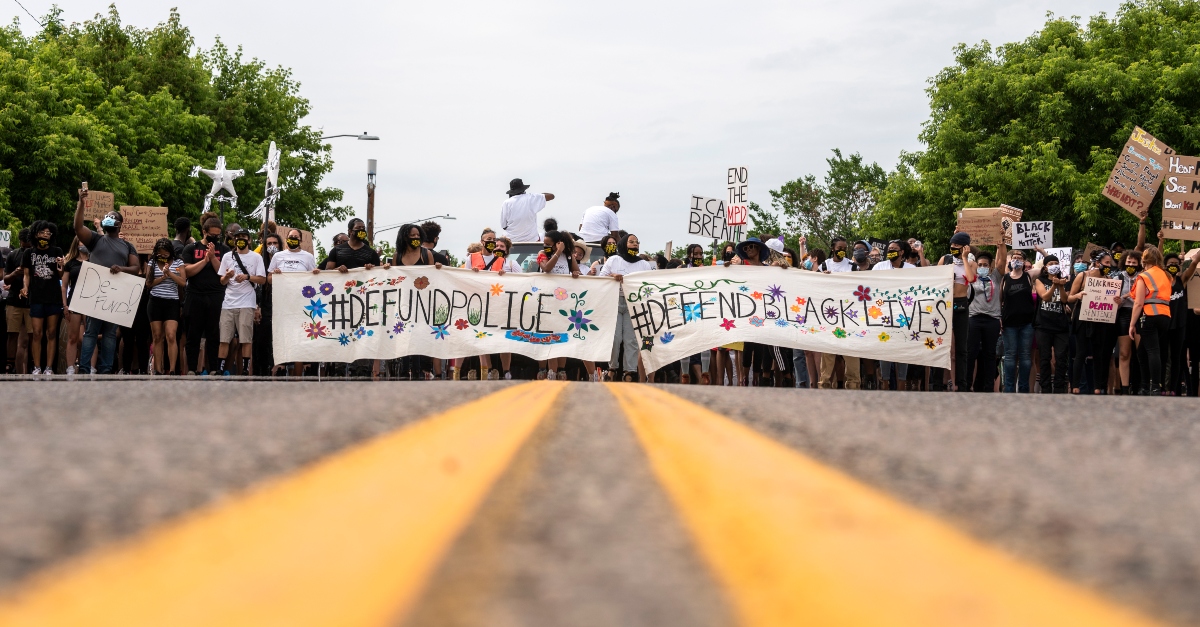 Minneapolis City Council members are coming out to voice their intent to disband the police department, according to The Appeal. That alone isn’t new (some of them have been pushing for this for a while), but now a veto-proof majority is emerging.

“We’re here because we hear you,” Minneapolis City Council President Lisa Bender said Sunday. “We are here today because George Floyd was killed by the Minneapolis Police. We are here because here in Minneapolis and in cities across the United States it is clear that our existing system of policing and public safety is not keeping our communities safe. Our efforts at incremental reform have failed. Period.”

If they stick to their plan, then there’s nothing Mayor Jacob Frey can really do about it. At the very least, he can’t veto it.

This is just another chapter in the fallout from the death of local man George Floyd. Then-officer Derek Chauvin was seen on video kneeling on his neck during an arrest, even after Floyd became unresponsive. Now the cop has been fired, and faces charges including second-degree murder. Three other now-former officers were charged in the incident.

Frey has voiced sympathy for Floyd in emotional terms, and was one of the people demanding charges. But for reformers and activists, prosecution of a few officers is not enough. They’ve criticized the Minneapolis Police Department for long-standing problems, including allegations of violent misconduct, and letting about 1,700 rape kits go untested for years.

In a TIME op-ed, Council Member Steve Fletcher described a “decades-long history of violence and discrimination.” He said that even “relatively small budget changes” in the name of reform were met with “stiff institutional resistance.” He suggested what a post-department Minneapolis might look like:

Every member of the Minneapolis City Council has now expressed the need for dramatic structural change. I am one of many on the Council, including the Council President and the Chair of Public Safety, who are publicly supporting the call to disband our police department and start fresh with a community-oriented, non-violent public safety and outreach capacity. What I hear from most of my constituents is that they want to make sure we provide for public safety, and they have learned their whole lives to equate “safety” with “police,” but are now concluding that need not be the case.

We had already pushed for pilot programs to dispatch county mental health professionals to mental health calls, and fire department EMTs to opioid overdose calls, without police officers. We have similarly experimented with unarmed, community-oriented street teams on weekend nights downtown to focus on de-escalation. We could similarly turn traffic enforcement over to cameras and, potentially, our parking enforcement staff, rather than our police department.

Our city needs a public safety capacity that doesn’t fear our residents. That doesn’t need a gun at a community meeting. That considers itself part of our community. That doesn’t resort quickly to pepper spray when people are understandably angry. That doesn’t murder black people.

Frey was booed out of a rally Saturday when he said he did not support “the full abolition of police.”

The police department did not immediately respond to a Law&Crime request for comment about the veto-proof majority.