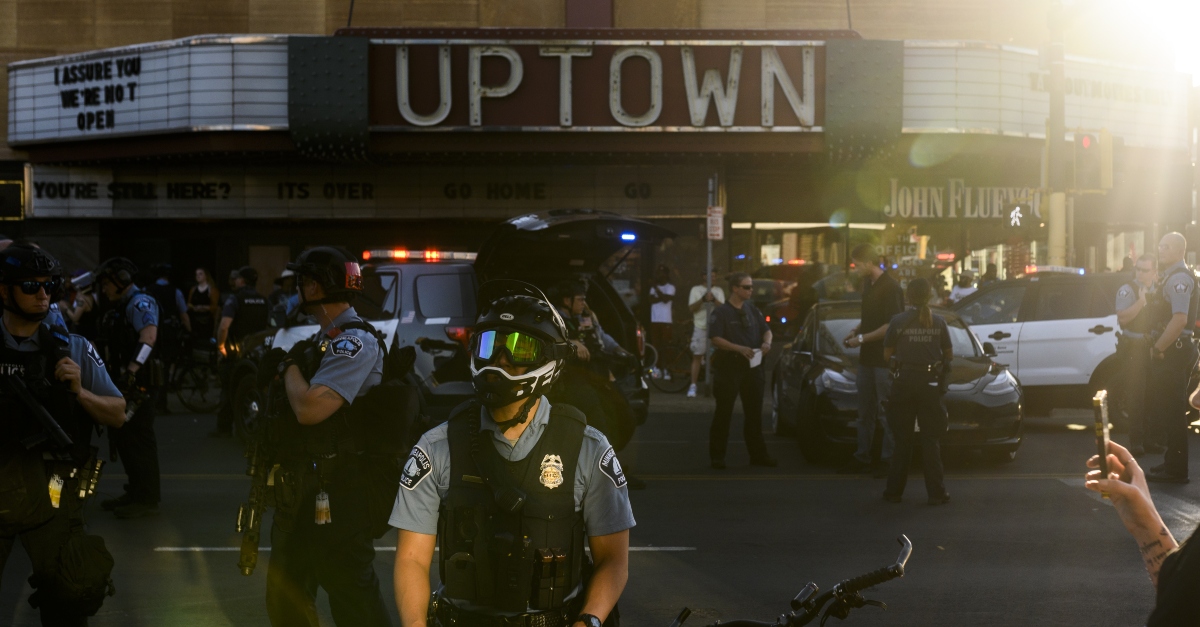 A judge ruled Thursday that the City of Minneapolis must add more officers to its police force because numbers dipped below those mandated by a municipal charter. Under the law, the city council must fund a police force of at least 0.0017 employees per resident. With the estimated city population in 2019 at around 429,606, that means there have to be at least 730.33 officers, according to the ruling from Minnesota District Court Judge Jamie L. Anderson. The judge said that both sides of the case agreed that the MPD would be on pace to only have 649 sworn officers next January 1st, only 637 by April 1 of next year, 669 officers on June 1, 2022, and 721 on January 1, 2023.

The court acknowledged that the anticipated drop in numbers happened amid a pandemic that challenged the city’s available revenue, resulting in budget cuts including the cancellation of the August 2020 police academy. The 2021 budget passed last December provided funding for about 770 sworn officers on payroll.

The Minneapolis Police Department also landed in the middle of a pivotal shift in 2020. One of their own officers, Derek Chauvin, was seen on video kneeling on the neck on local man George Floyd during a May 25, 2020 arrest involving the alleged use of a counterfeit $20 bill. Chauvin was convicted as charged of second-degree unintentional murder and other counts; he was sentenced to 22.5 years in prison. The city also paid a massive $27 million settlement to Floyd’s heirs.  Chauvin’s fellow officers — Thomas Lane, J. Alexander Kueng, and Tou Thao — have not yet been tried; their state-level criminal cases are scheduled to be heard next year because federal charges have also been filed.

Floyd’s death led to a new chapter in the ongoing national debate on the precise place that law enforcement should have in society, and how officers interact with people of color, especially Black men like Floyd. The judge noted the “civil unrest” happening in the wake of Floyd’s death.

As part of the litigation, the city “admit[ted] that the crime rate in Minneapolis has increased since the killing of George Floyd.”  The city also chose not to challenge whether those who sued to in essence increase the number of officers on the streets “suffered injuries from that increase in crime.”

Read the entire 26-page decision below: