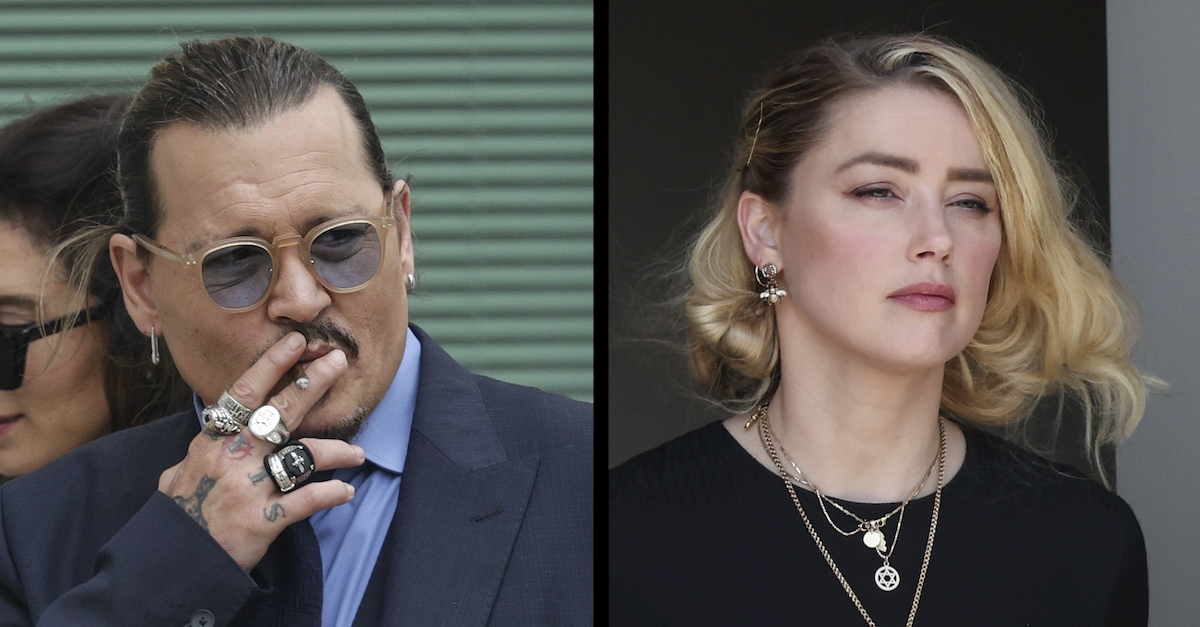 Johnny Depp was photographed May 27, 2022, and Amber Heard on June 1, 2022, during a six-week-long defamation trial in Fairfax, Virginia.

“The judgment in Ms. Heard’s favor on that lone statement is erroneous,” the brief argues.

The font on the cover page of the appellate brief is oddly reminiscent of Halloween — just two days before it was filed — but the brief is otherwise chock full of serious legal arguments. 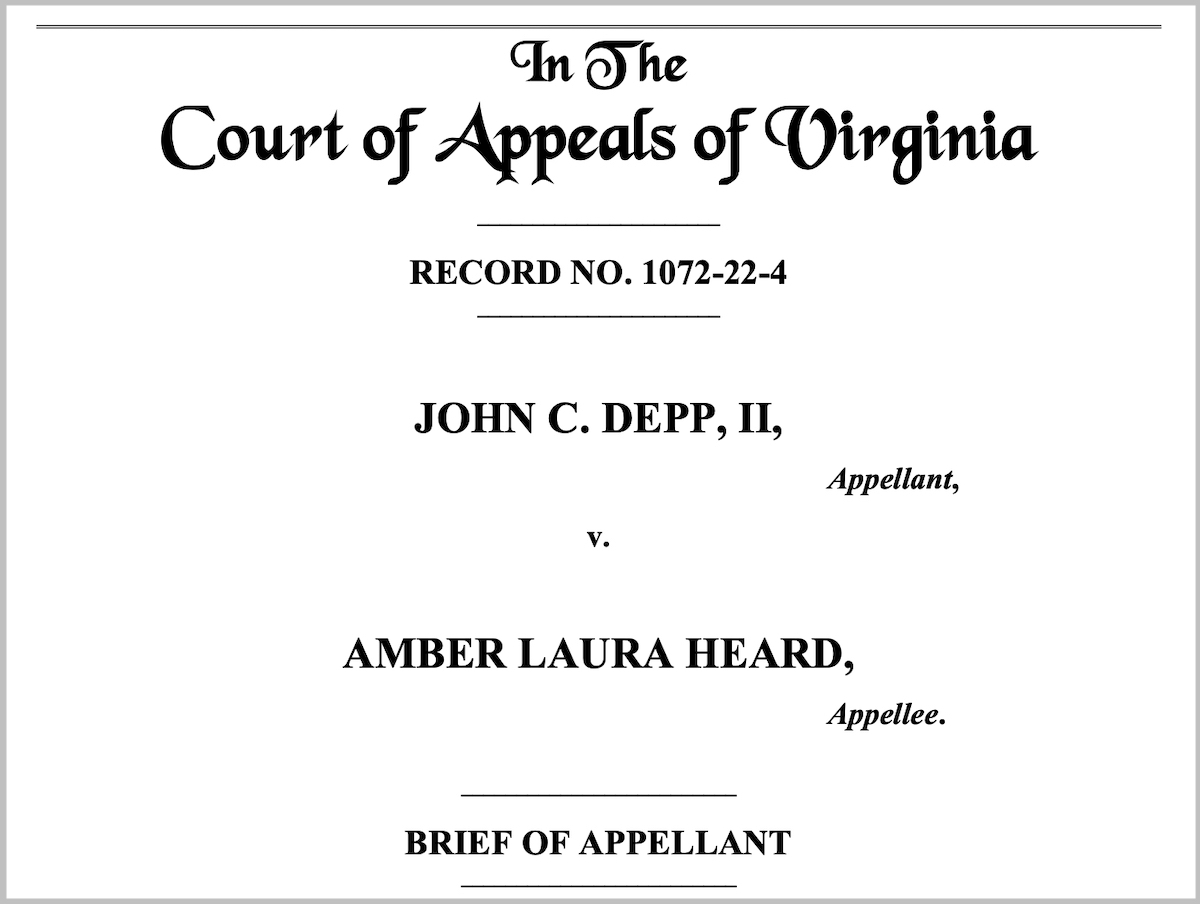 A screenshot shows part of the cover page of Depp’s Virginia Court of Appeals brief.

A perfunctory recap of the high-profile litigation is naturally included:

Appellant John C. Depp, II (“Mr. Depp”) alleged that Appellee Amber Laura Heard (“Ms. Heard”) defamed him by implying, in an op-ed in the Washington Post (the “Op-Ed”), that he had abused her during their relationship and brief marriage.

By Counterclaim, Ms. Heard alleged that one of Mr. Depp’s attorneys, nonparty Adam R. Waldman, Esq. (“Mr. Waldman”), defamed her in three statements (collectively, the “Waldman Statements”) to the United Kingdom tabloid the Daily Mail, claiming that Ms. Heard’s claims of abuse were false. She alleged that Mr. Depp was vicariously liable for his attorney’s statements.

The brief quickly narrows the appellate court’s focus away from Depp’s outsized victory and toward the core of the whittled-down dispute that Depp says is relevant at this stage in the litigation:

A successive paragraph contained something akin to (another) victory lap for Depp:

The jury’s emphatic favorable verdict on all three defamatory statements alleged in his Complaint fully vindicated Mr. Depp and restored his reputation. Indeed, Mr. Depp prevailed in the trial court on virtually all material issues, and the verdict of the jury and judgment of the trial court represent an intelligent and well-reasoned decision on the merits after a full and fair trial and should be largely (though not entirely) affirmed. However, the trial court was confronted with a number of novel and complex legal and factual issues, and although the trial court decided the vast majority of those issues sensibly and correctly, a few rulings were erroneous.

The brief then reasserted that the sole issue was Waldman’s statement. That statement, published in the Daily Mail on April 27, 2020, “describes a recording of a phone call to the police on the night of May 21, 2016, a date on which Ms. Heard alleged Mr. Depp threw a phone at her and roughed up their apartments at the Eastern Columbia Building,” the appellate brief recalled.

“Ms. Heard presented no evidence at trial that Mr. Depp was personally involved in directing or making any of the three Waldman Statements,” the brief says. “Indeed, Mr. Depp testified that he had never even seen the Waldman Statements prior to the filing of the Counterclaim in August of 2020.”

In other words, according to Depp’s lawyers, Depp can’t be held liable for it. 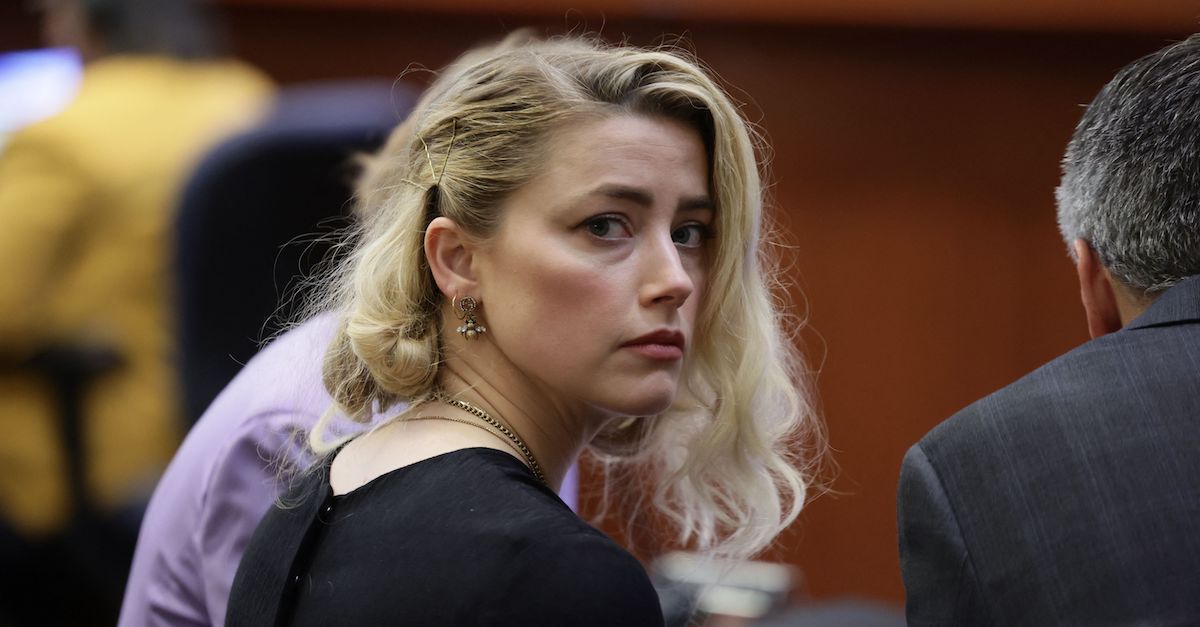 Actress Amber Heard was photographed inside the Fairfax County Circuit Courthouse in Fairfax, Virginia, on June 1, 2022. (Photo by Evelyn Hockstein/Pool/AFP via Getty Images.)

The brief alleges that the trial court made a mistake when it allowed Heard’s claim regarding the Waldman statement at issue to move forward. Three legal rationale were cited to back up Depp’s argument that the court should have — but failed to — grant a judgment in favor of Depp on those counts:

Ms. Heard’s claim was fatally flawed and the trial court should have granted Mr. Depp’s motion for summary judgment and his motion to strike the evidence, for three reasons:

First, Mr. Depp cannot be held liable for Mr. Waldman’s statements as a matter of law. Ms. Heard sought to hold Mr. Depp liable for the April 27 Waldman Statement on a pure theory of vicarious liability, contending that Mr. Depp was liable merely because Mr. Waldman had been retained by Mr. Depp as his attorney and was therefore his agent. But as a matter of law, Mr. Waldman is an independent contractor, whose allegedly tortious conduct is not automatically attributable to Mr. Depp. Indeed, a wealth of authorities supports limiting a client’s liability for allegedly tortious conduct by an attorney, and the Court should impose that same limit here.

Second, because Ms. Heard proceeded against Mr. Depp at trial on a purely vicarious theory of liability, she was required to present evidence that Mr. Waldman committed each element of the tort of defamation, including that he acted with actual malice. No evidence of Mr. Waldman’s actual malice was presented at trial, so the judgment against Mr. Depp cannot be sustained.

Third, the April 27 Waldman Statement, viewed in context, is a non-actionable statement of opinion insufficient to support a claim for defamation.

The brief said the court also made two other alleged mistakes by failing to provide alternative grounds for a judgment favorable to Depp.

“In addition to erroneously denying Mr. Depp’s motion for summary judgment and motion to strike, the trial court also erred in (1) excluding from evidence the complete Daily Mail articles containing the Waldman Statements and (2) refusing to give jury instructions as to Mr. Waldman’s status as an independent contractor,” the brief argues. 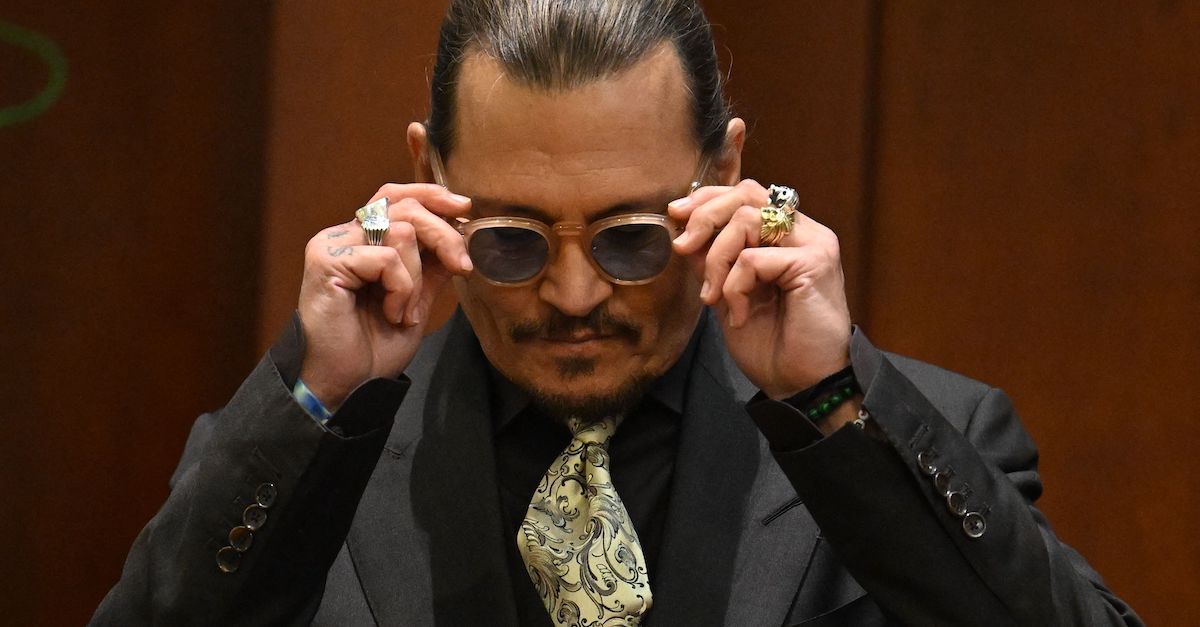 The brief later cut in further with what Depp’s lawyers say Heard failed to prove:

Thus, to succeed on her defamation claim against Mr. Depp, Ms. Heard was required to establish by clear and convincing evidence that, when Mr. Waldman made the Waldman Statements, he either knew that they were false, or he subjectively had a high degree of awareness that they were probably false.

All evidence adduced at trial pertaining to Mr. Waldman’s state of mind when he made the Waldman Statements shows that Mr. Waldman believed these statements were true.

Pages of arguments are devoted to arguing the three points cited above. But the brief also elucidates that the trial court erred by excluding the full article in question which contained the Waldman statements. Depp’s attorneys said the full context of the articles was “paramount” to understanding whether or not the statements were defamatory:

Here, according to Depp’s lawyers, is why that was wrong:

While the context in which Mr. Waldman made the original statement to reporters is relevant, the contents of the articles are also relevant. For instance, the full articles in which the Waldman Statements appeared are relevant to how the reporters and, ultimately, the readers understood Mr. Waldman’s statements: as presenting one side’s interpretation of evidence gathered in a hotly contested litigation. Further, the April 27 Article includes additional quotes from Mr. Waldman that put his April 27 Statement in context, identifying the evidence he is interpreting.

“This Court should reverse the judgment on Ms. Heard’s Counterclaim as to the April 27 Waldman Statement, but should otherwise affirm the judgment in Mr. Depp’s favor,” the brief concluded.

The full brief is available here.