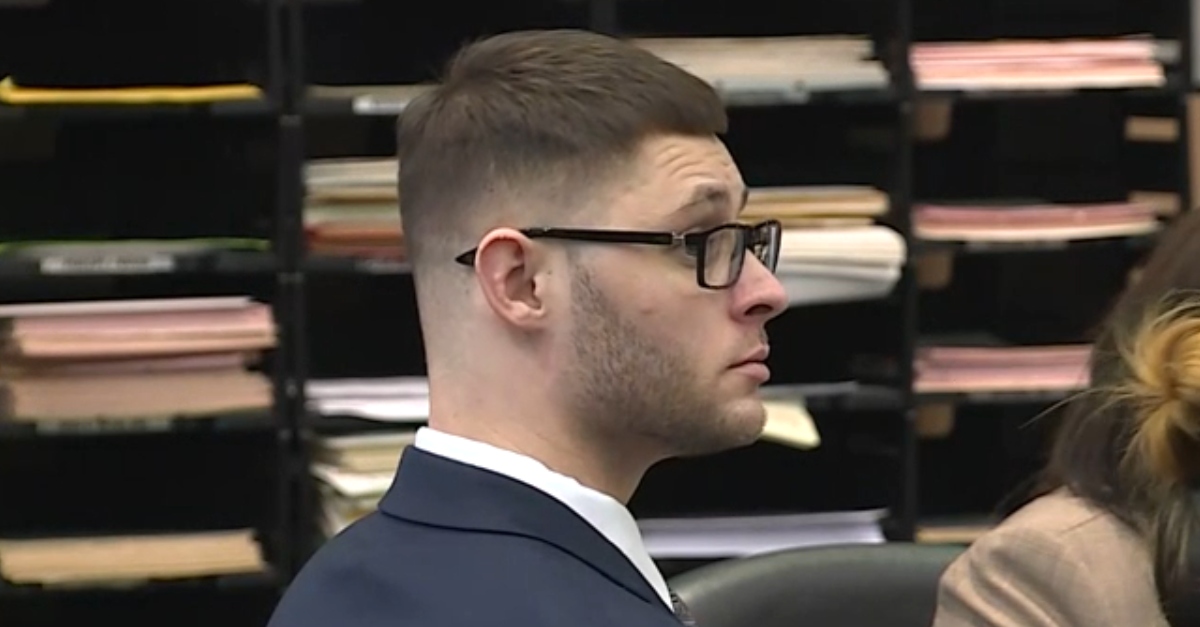 Prosecutors convinced jurors at trial that he participated in attacking the victims at the home of survivor Charles Vorpagel on February 5, 2017. Marcus Steward, 26, was also charged in the shooting, but his case is pending; Steward will be tried separately.

Vasata sustained two gunshot wounds in the incident. The attack stemmed from a drug trade dispute that he allegedly had with Vorpagel, authorities said.

Jurors had to choose between life and death.

Assistant State Attorney Jill Richstone told jurors that these were “brutal, senseless, cruel homicides.” She described the incident as a “planned hit.” The prosecutor highlighted the brutality of the acts. Henry was shot 17 times. Doherty and El-Salhy were shot four or five times.

Attorney Carey Haughwout, the top public defender out of the 15th Judicial Circuit, told jurors that the death penalty shouldn’t be handed down out of vindictiveness or to “settle a score.” It should be saved as a last resort for crimes where there is no reason for a defendant to live, she argued. This wasn’t so in Vasata’s case, she argued. She said that life in prison was a harsh enough punishment for him because Vasata would lack basic freedoms, and would have to live with the pain he caused the victims’ families and his families.

There was no evidence that Vasata was by the scene for a long period of time, thinking about who was in the backyard, she said. It was so dark that even police couldn’t see who was by the firepit, she said. In other words, there was no opportunity for cool and calm reflection to take the lives of El-Salhy and Doherty.

Haughwout highlighted evidence that Vasata had sustained neurological damage, possibly from a car accident or childhood sports. She said he led a life of self-harm and had low self-esteem. The public defender also pointed out testimony that was offered to support Vasata. It wasn’t show to excuse the crimes, but to show who he is, she said.

#ChristopherVasata – Vasata’s little brother said Vasata was a role model to him. He said he has a strong relationship with him. With that, the defense rests in the penalty phase. Vasata faces the death penalty. pic.twitter.com/fiH4hDbZed

Christopher Vasata’s sister now on the stand, Vanessa Vasata. Says that as a child she and her siblings went to live with her grandmother for some time and it was an abusive situation. @WPTV #VasataSentencing #JupiterTripleMurder pic.twitter.com/zpZkWjHT1M

Richstone said that many people have rough childhoods, but they don’t grow up to commit murder. Vasata wasn’t a child, she said. He was an adult. The defendant was surrounded by good people, but he pursued the “easy life” by becoming a drug dealer.