Chandler Halderson Found Guilty on All 8 Counts Against Him 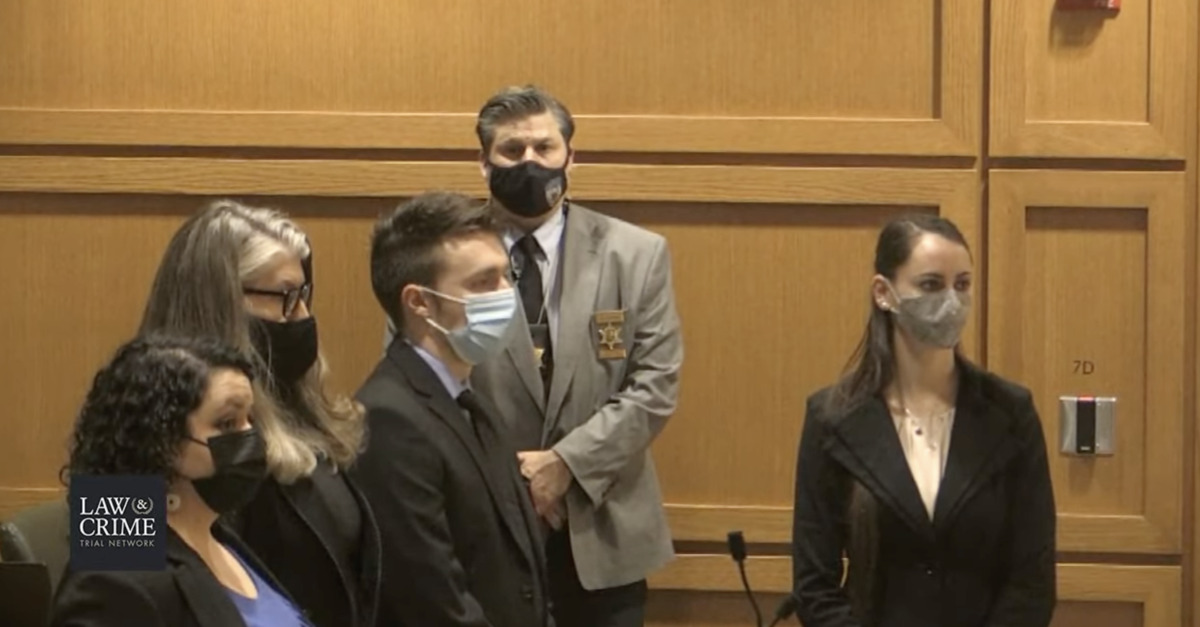 A Wisconsin man who lied to his parents about having a job at Elon Musk‘s SpaceX was convicted on eight counts related to their murder and dismemberment by a Dane County jury on Thursday afternoon.

Chandler “Chaz” Michael Halderson, 23, shot his father, 50-year-old Bart Halderson, in the back last summer after the longtime ruse was discovered; not only did he not have the high-value job, he didn’t have any job at all. He flunked out of university after one semester, and spent his time playing video games as his parents supported him.

After killing his father, the killer lay in wait for his 53-year-old mother, Krista Halderson, and murdered her, too, when she got home later that same day. The killer then spread his parents’ body parts all across southern Wisconsin and reported them both as missing persons.

Chandler Halderson was arrested in late August 2021. His trial, which was delayed due to a COVID-19 diagnosis, began earlier this month. Closing arguments occurred Thursday morning and jurors deliberated for a short while before finding the killer son guilty on all counts.

The defendant stood up in court as the judge recited each charge:

Guilty of first-degree intentional homicide as to Bart Halderson.

Guilty of providing false information about a missing person as to Bart Halderson.

Guilty of mutilating a corpse as to Bart Halderson

Guilty of hiding a corpse as to Bart Halderson.

Guilty of first-degree intentional homicide as to Krista Halderson.

Guilty of providing false information about a missing person as to Krista Halderson.

Guilty of mutilating a corpse as to Krista Halderson.

Guilty of hiding a corpse as to Krista Halderson.

The jury also returned all eight of the not guilty forms without any marks on them as well as the jury instructions, the court noted.

“Words are difficult to come with to express the gratitude that I feel,” the judge said, thanking the jurors for their time, effort and sacrifice and offering to meet with them individually.

The state’s attorney then asked for judgment to be entered in the case and for bail to be revoked. After asking if there was any opposition to those motions and receiving no indication there was, the judge granted both requests. A pre-sentencing investigation was also ordered, and a pre-sentencing hearing is currently slated for March 17, 2022.

During the trial, the killer’s former girlfriend Cathryn “Cat” Mellender and her mother Dulce Mellender testified about having Halderson at their property near where investigators found Bart’s torso. That visit, prosecutors said, was part of yet another ruse–he used the pool at that property for “therapy” he didn’t need as an excuse to scatter his father’s remains in the nearby woods.

Dane County District Attorney Ismael Ozanne signaled that both the defense and the prosecution would again make their own arguments during that hearing.

“The one thing that our traditional criminal justice system never really may get to is the ‘Why?'” he told local media. “It may not. We cannot reach into somebody and figure out the ‘Why?’ unless they are willing to give that information to us.”