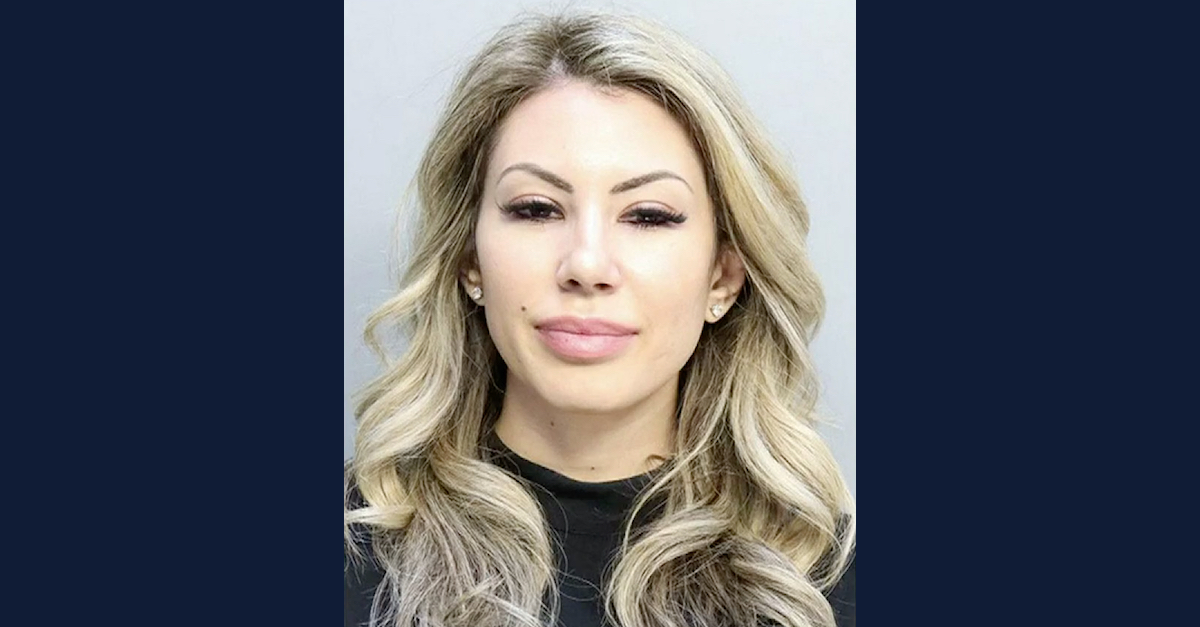 A Florida woman and parent was arrested after a parent-teacher conference early last month allegedly took a few turns for the worse.

According to Miami-based ABC affiliate WPLG, 34-year-old Stephanie Armas stands accused of one count of battery over an alleged altercation between herself and her child’s eighth grade social studies teacher on Valentine’s Day, Feb. 14, 2022.

The underlying meeting was held at Palmetto Middle School in Pinecrest, Fla. The topic of discussion was reportedly the boy’s behavior as it related to issues with other students.

A Miami-Dade Schools Police report obtained by the TV station alleges that the teacher, Mayade Ersoff, at one point, told the mother: “You need to learn how to raise your child.”

That comment allegedly did not sit well with Armas.

According to police, the mother stood up and struck Ersoff on the shoulder in response. Armas is also alleged to have spat on principal Jesus Gonzalez’s desk and then thrown a picture frame as the teacher left through a back door, according to the Miami Herald.

The mother turned herself in the next day and was booked on the battery charge into the Turner Guilford Knight Correctional Center. She was assessed a $1,500 bond and later posted that amount.

Frank Quintero told the paper that the alleged disciplinary issues stemmed from his client’s son being “threatened in school” and then reporting the incident “to his teacher.” According to this account, the teacher didn’t report the threat until several days later, when the principal scheduled the meeting.

As that meeting was scheduled, the attorney says, his client received an email from Ersoff about the disciplinary issues that did not mention the alleged threat against the eighth grader. The teacher confirmed she withheld that information in the email, according to the Herald, because she felt it was the school administration’s role to discuss it.

Ersoff also insists she reported the threat “right away.”

“I called the assistant principal and said a student had been threatened verbally,” she told the paper.

During the meeting, Quintero says, Armas responded to the accusation about the boy’s behavior with a comment that suggested it was the natural result of being threatened or assaulted.

After that, came the parenting comment, the defense attorney says, and then Ersoff allegedly made “made a move toward my client.” As teacher left the room at Gonzalez’s request, Quintero says, Armas felt threatened “so she [swung] her purse to protect herself.”

The police affidavit, which was also obtained by the Herald, reportedly does not contain a reference to a purse and says Armas “stood up, raised her right arm and struck [Ersoff] on the left shoulder” before Gonzalez and an assistant principal intervened. After that, according to police, as Ersoff left, Armas “picked up a picture frame from the desk and threw it against the back wall [and] spat on [Gonzalez’s] desk.”

Ersoff also disputed Armas’s take in an interview with the paper.

“I would never in the world think to hit someone, or a parent. It would never cross my mind,” the social studies teacher said. “I could have defended myself, but I didn’t.”

And she stood by her words in an interview with WPLG, answering in the negative when asked if her words to mother were inappropriate.

“No, because teachers are human beings and especially in this situation with COVID – with everything that we’ve gone through – the disrespect by a lot of the students and some of the parents, it’s just out of control,” she said.