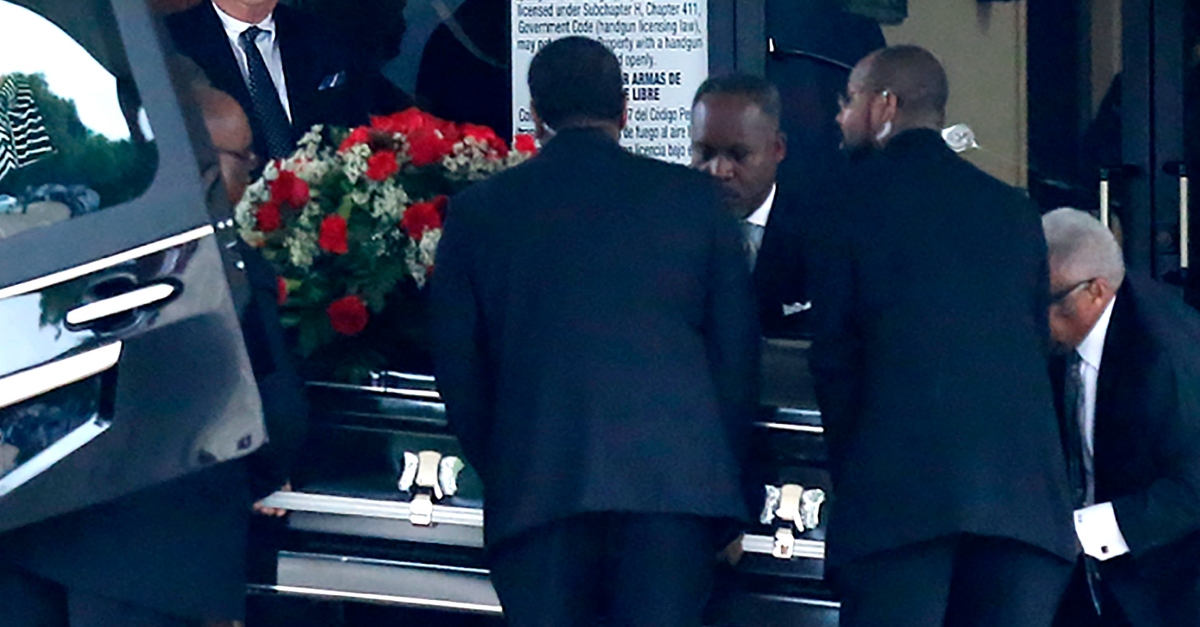 Attorneys for the parents of murder victim Botham Jean have filed a notice of interlocutory appeal, opposing a district court’s dismissal of their claims against the City of Dallas, Texas. The plaintiffs want the City to remain a defendant in the wrongful death lawsuit that they initially filed against both the City and the ex-Dallas cop who murdered their son.

“Plaintiffs give further notice of their intent to appeal the aforementioned Partial Judgment and interlocutory orders to the United States Court of Appeals for the Fifth Circuit,” they wrote in a filing obtained by Law&Crime. “Plaintiffs’ notice is timely as it is being filed within 30 days of the date that the Court entered the Partial Judgment underlying this appeal.”

Jean was slain at his apartment on September, 6 2018. Then-Dallas police officer Amber Guyger entered the victim’s apartment and fatally shot him. Guyger testified at her trial that she mistakenly believed it was her home, not his. Her defense maintained that this was a reasonable error under the law, and that she legitimately feared for her life. The prosecutor said that this was a completely unreasonable mistake, and that she didn’t do enough to safe Jean’s life.

Guyger was convicted of murder, but sentenced to just 10 years in prison.

The victim’s parents sued Guyger and the City of Dallas. Plaintiffs said the lawsuit was intended, in part, to change how Dallas cops are trained, according to The Dallas Morning News.

Nonetheless, a judge for the U.S. District Court for the Northern District of Texas said their complaint failed to “state a claim upon which relief can be granted.” A magistrate judge previously rejected the plaintiffs’ argument that there were enough incidents involving off-duty cops to establish the City’s liability, according to Courthouse News.