Ex-FBI Agent Who Responded to Sandy Hook Massacre Gets Emotional Testifying About Alex Jones, Wave of Harassment and Threats 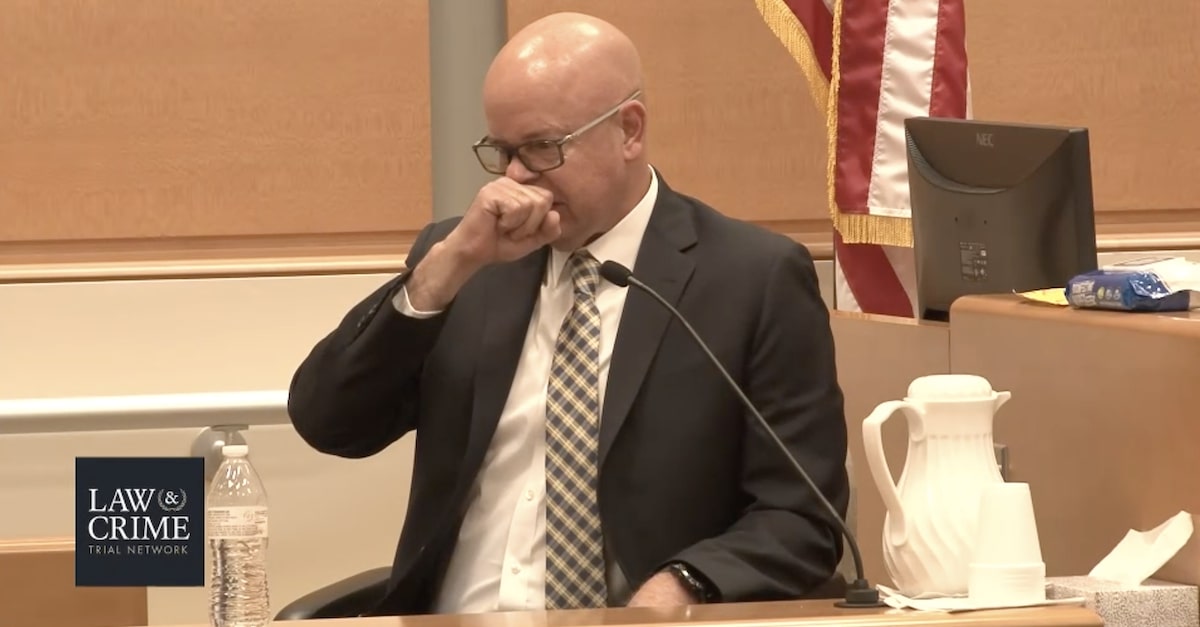 Former FBI agent Bill Aldenberg, a member of the SWAT team that responded to the Sandy Hook massacre, holds back tears on the witness stand during the second defamation damages trial against Alex Jones. (Screenshot from Law&Crime Network)

Fighting back tears almost immediately upon recounting the massacre at Sandy Hook elementary school, former FBI agent Bill Aldenberg — who served on the SWAT team that responded to the mass shooting nearly a decade ago — testified against Alex Jones, the conspiracy theorist who claimed that the carnage Aldenberg witnessed was all a “hoax.”

Just heartbreaking! FBI agent breaks down on the stand recalling what he saw when he entered the classroom at #SandyHook elementary. This happened Dec. 14, 2012. pic.twitter.com/LK6FE2B3UG

Aldenberg, one of the plaintiffs, told a jury that those false beliefs about the massacre unleashed a torrent of threats that have not relented.

“It’s been going on for 10 years,” Aldenberg said.

“This Is Adam Lanza”

Testimony by Aldenberg, who joined eight families of Sandy Hook victims in their lawsuit, immediately followed opening statements by both sides.

No sooner had he begun speaking of his memories of responding to the school than his voice began to crack. Aldenberg told jurors that law enforcement officials rarely betray emotion, and he apologized repeatedly as his testimony was interrupted by his inability to continue without crying.

In those moments, his attorney Chris Mattei asked him whether the traumas that he had recalled were fake.

“Is what you saw in that school fake?” Mattei asked.

“Was it synthetic?” the lawyer pressed.

The ex-FBI agent replied in the negative again.

“See any actors that day, Bill?”

Aldenberg confirmed that he didn’t.

Jones falsely claimed that the Sandy Hook massacre was staged by crisis actors so that the government could roll back the Second Amendment right to bear arms. In fact, 28 people died that day, including the perpetrator Adam Lanza and his mother, at her home. During his testimony, Aldenberg viewed photographs of the school that day and a picture of himself in green SWAT gear, as he systematically recounted where he entered and the bodies that he saw. 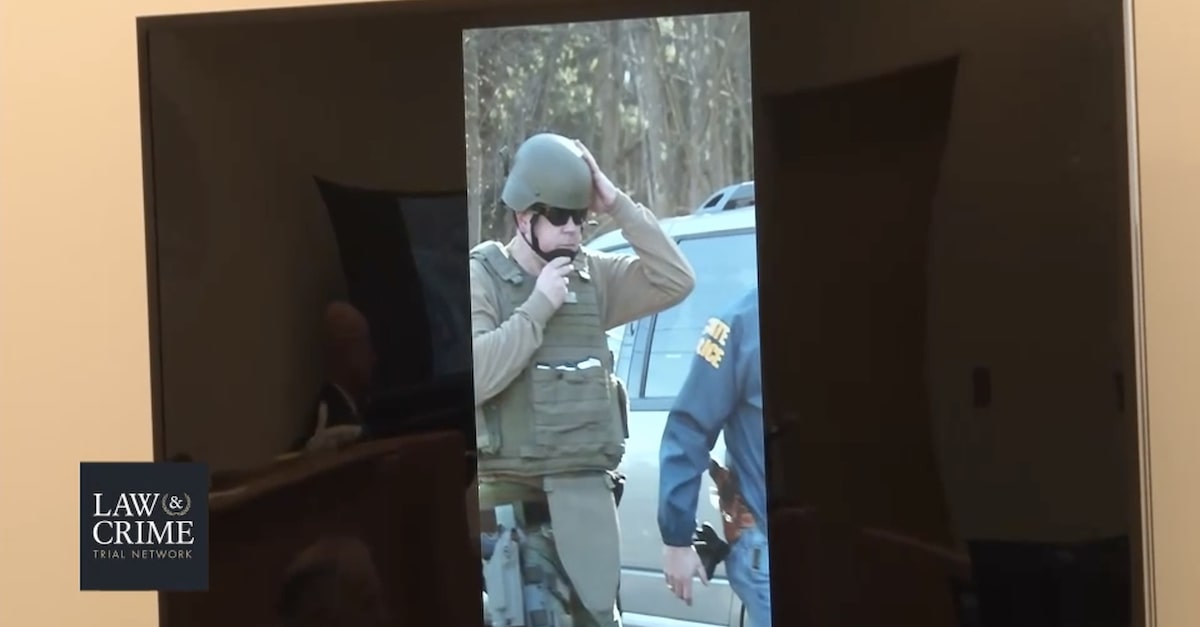 Photograph of then-FBI agent Bill Aldenberg responding to the Sandy Hook massacre, entered into evidence at the trial of Alex Jones (Screenshot from Law&Crime Network)

After the massacre, Aldenberg reflected, came the campaign of harassment.

“People [started] calling all kinds of numbers in Newtown, saying that, ‘This is Adam Lanza. I’m going to come and kill you all,'” Aldenberg said.

It was clear that the callers believed the conspiracy theories, Aldenberg said, because they were “telling people their children aren’t dead, that they’re actors.” A flood of calls from “seriously disturbed people” poured in alleging the families weren’t real, and the children weren’t real, he added.

One of the conspiracy theories, Aldenberg reflected, was that he was the same person as David Wheeler, the grieving father of slain 6-year-old Benjamin Wheeler.

Referring to the campaign of harassment, Aldenberg said: “It’s going to continue after today.”

That line prompted an objection from the defense table, calling the statement “speculation.”

Though Judge Barbara Bellis sustained the objection on those grounds, Aldenberg said it’s hardly prophecy. “It continued through the entire time,” Aldenberg said.

The former FBI agent said that he learned from his son that the source of the abuse came from the internet.

“What I remember is that I found out about it at work one day, and I came home and I said to my wife, ‘There’s something going on online, and I’m not really sure what it is. And literally, as I’m sitting my wife down at the table, at the table, at the computer desk so she can take a look at it, my oldest son who would have been either a freshman in high school or going into his freshman year, he came to the door. He said, ‘Dad, there’s the stuff online.'”