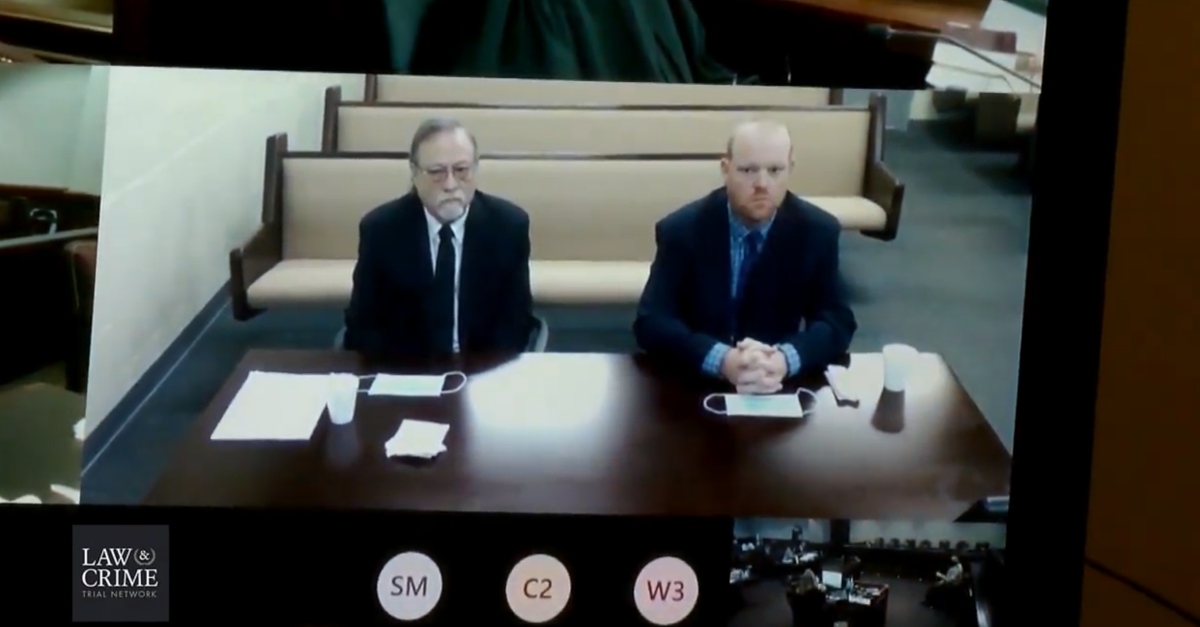 Father and son defendants Gregory McMichael, 64, and Travis McMichael, 34, have been denied bond in the alleged murder of Ahmaud Arbery, 25. They must remain behind bars, pending a currently scheduled trial for January 25, 2021.

Travis McMichael shot and killed Arbery during a confrontation on February 23 in Georgia. That is not in dispute. The question is whether they broke the law. The elder defendant allegedly told police they believed the victim was a suspect in a series of recent burglaries. Video showed them armed and waiting for Arbery in their white pickup truck. Arbery’s family said he was jogging. Another man, William “Roddie” Bryan, 50, who was driving behind Arbery and recorded the shooting, and was also charged with felony murder.

The defendants are all white. Arbery was Black. Race is playing an explicit role in the case, with an agent of the Georgia Bureau of Investigation previously testifying that Travis McMichael called the victim a “fucking n****r.” It was also alleged that the younger defendant used the n-word on social media and phone conservations.

In court on Friday, Laura Hogue, an attorney for Greg McMichael strongly suggested that based on what prosecutors said, the state would not care as much about the shooting if Arbery had been a young white man: an “Arnold Arbery.” She maintained that the case was not about race, but whether the private citizen’s arrest law and justification statutes allowed her client to do what he chose to do that day. Hogue maintained her client was not a flight risk, and that he had ties to the community.

Prosecutor Jesse Evans, however, maintained that both defendants should remain locked up pending trial. For example, Gregory Michael’s social media indicated that this defendant had vigilante views and that there was evidence he tried to get his family to close out his social media accounts after the shooting, according to the state.