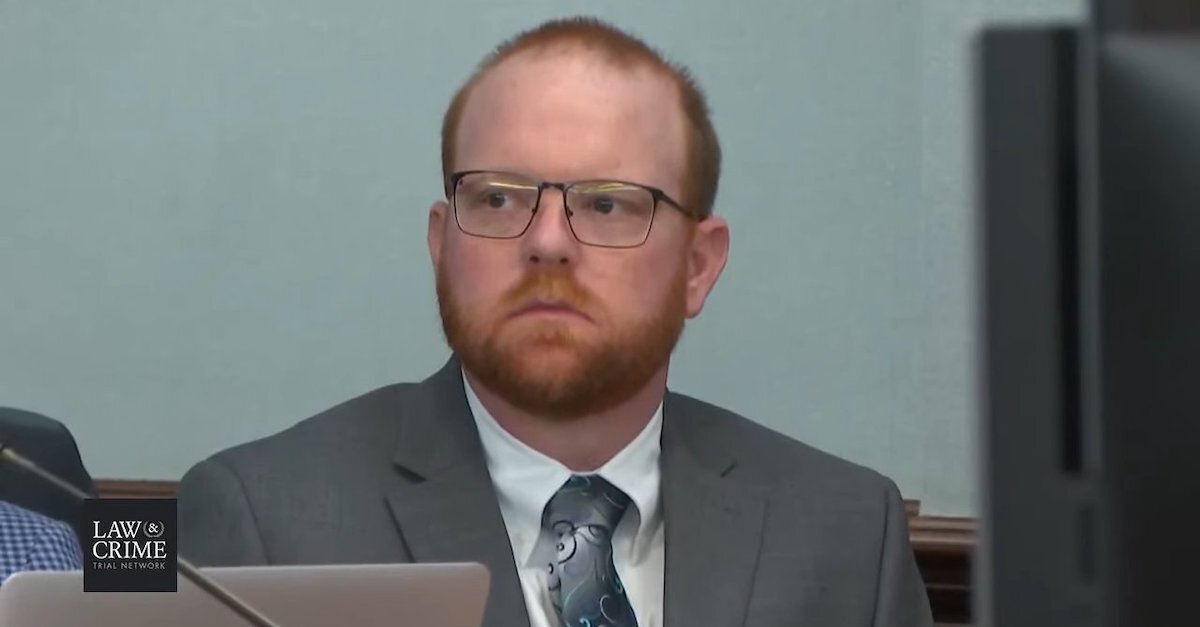 Hours after prosecutors introduced the trial of Ahmaud Arbery’s alleged murder as one about “assumptions and driveway decisions,” the defense lawyer for the man who pulled the trigger attempted to recast the case with a different refrain: “duty and responsibility.”

It is undisputed that Travis McMichael shot 25-year-old Arbery to death on Feb. 23, 2020, an incident captured on video released months after the fact.

On Friday, a Georgia jury was presented with sharply divergent views about the events that preceded the killing. Assistant District Attorney Linda Dunikoski told them that the three men charged with Arbery’s murder—the younger McMichael, 35; his father Gregory McMichael, 65; and William “Roddie” Bryan, 52—had little reason for suspicion other than seeing a “Black man running down the street.”

Travis McMichael’s attorney Bob Rubin described his client as a U.S. Coast Guard veteran, unwed father and boarding officer authorized to make arrests. He claims that his client was trying to be a good neighbor, after learning that area homeowner Larry English had property stolen from his boat.

Known to his family and prosecutors as an avid jogger, Arbery had been spotted in surveillance footage at a construction site of English’s home on 220 Satilla Dr. in Brunswick, Ga. The prosecution noted that the construction site was open, unlocked, and did not have “no trespassing” signs, but the defense repeated Larry English’s characterization of Arbery’s entry as “plundering around the house.” No evidence has been presented linking Arbery to any theft.

Conceding there is no proof Arbery did anything wrong, Rubin said: “We’ll never know, but it sure does look suspicious.”

In one of the surveillance videos, Rubin said, Arbery was not running.

“He is not jogging,” Rubin added. “He is running away into the neighborhood, possibly armed.”

Arbery was not, in fact, carrying a weapon at the time, but the defense lawyer claimed that his client was justified in pursuing him.

“They’re going not because it’s fun, but because it’s their duty and responsibility to protect each other to stop the guy plundering around from breaking into Larry English’s house,” Rubin added later.

At one point during the defense’s opening, the prosecution objected when Rubin told the jury that his client had “probable cause” to believe that Arbery committed a burglary. Judge Timothy Walmsley told the jury that he will instruct them on the law, but he allowed Rubin to argue what he contends his client believed to be the law at the time.

Rubin conceded: “We’re not contending that there was a crime committed in their presence,” only that his client believed “probable cause” had existed to execute a citizen’s arrest.

McMichael’s lawyer insisted that his client did not intend to shoot Arbery when he pulled out his shotgun.

“Travis’s training taught him to show a weapon—not to use a weapon—to show a weapon because that is a way to deescalate violence,” Rubin said. “In a normal situation, you show someone you have a weapon, you get compliance.”

When video of McMichael shooting Arbery first surfaced months after the killing, the footage shocked the nation and animated the racial justice movement. The defense acknowledged the visceral reaction that the tape sparked, but he insisted that his client acted in self-defense when he claimed that Arbery took an unexpected turn that put him face-to-face with his client.

Though the death of Ahmaud Arbery was described as a “modern-day lynching” by the family’s attorney Ben Crump and inspired Black Lives Matter protests, race has been notably absent from prosecution and defense openings. Before trial, Judge Walmsley allowed prosecutors to introduce evidence that McMichael had a vanity plate on his pickup truck with an old Georgia flag with a Confederate emblem, but that was not mentioned during either of the opening statements. The defense urged jurors to keep whatever they may have heard about the case outside the courtroom out of their minds.

“There’s been a lot written about this case and Travis McMichael’s actions: It doesn’t matter,” Rubin said. “What matters now is the evidence you’re going to hear. You are now the judges of the facts and the applicators of the law.”

Defense opening statements continue in the afternoon with counsel for Greg McMichael and Bryan.