‘The First One I’m Going to Shoot Is You’: Confessed Murderer Threatens to Kill Judge and Prosecutor at Sentencing Hearing 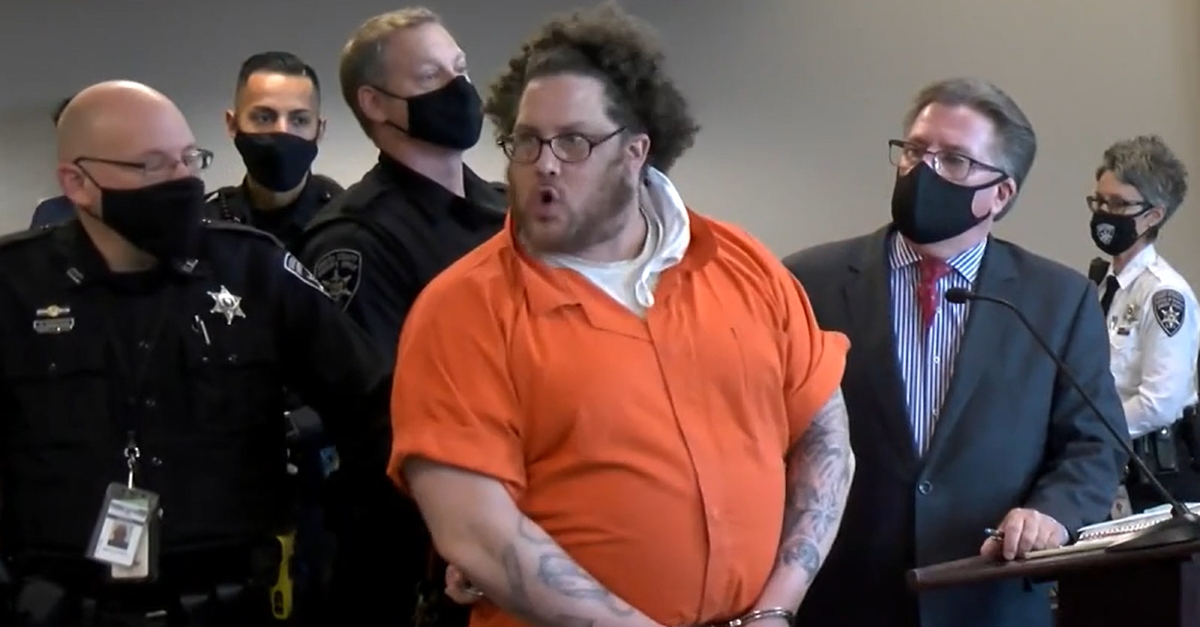 A confessed murderer lashed out in court on Friday, threatening to kill both the judge and prosecutor — if he ever gets out of prison.

“I ever make it back to Oneida County, the first one I’m going to shoot is you,” Wilfredo Cotto Jr., 40, told the judge, according to WKTV. “And you,” he said, turning to the side.

“On Nov. 15, 2020, our lives were ripped apart and changed forever,” Davis’s sister Sadie Lesane told the court in a victim impact statement on Friday. “I will never forget that knock on the door of my apartment. A knock that no one ever wants to hear. Sometimes I still hear that knock on my door.”

Cotto attorney Kurt Schultz said his client apologized to the Davis family in court, but that Cotto made the threats after being “confronted with video” of the murder and when the judge “classified him as a murderer,” according to The Daily Freeman.

It was “tragic” for the Davis family to have to witness the outburst, said Schultz, who said his Cotto planned to appeal the conviction.

Cotto pleaded guilty on Sept. 3 to second-degree murder, and two counts of second-degree possession of a weapon. Prosecutors have said that he shot Davis multiple times in the chest and face at the Red Carpet Inn, and that Cotto and another man fled the scene, according to The Rome Sentinel. Prosecutors ultimately laid blame for the shooting on Cotto and Cotto alone.

Authorities reportedly said that a man stepped forward, telling them he let Cotto used his phone and that the 40-year-old used a Facebook app on it. The man later saw that he was still logged in on the account, and found messages between Cotto and another individual. In those messages, Cotto wrote that he shot someone. Cotto and this other person got into an argument about a relationship, but the killer saw this was beside the point.

“You’re arguing about a relationship and I’m telling you that I just dropped someone,” Cotto wrote, according to prosecutors.

Cotto signaled over the summer that he was open to pleading guilty, but he wanted a more lenient plea deal. Prosecutors offered 23 years to life in prison. He wanted to serve just 20 years. At the time, both sides reached an impasse, and Cotto asked to go to trial.

“I’m not doing life in prison,” he said in June, according to the Rome Sentinel.