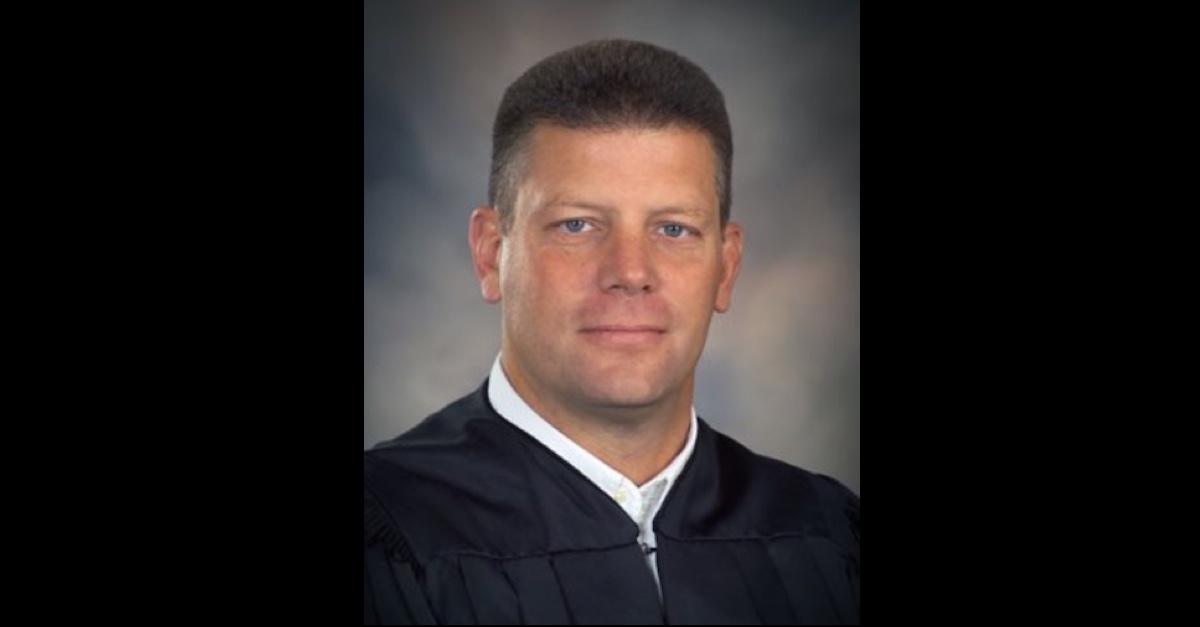 The Kansas Supreme Court is considering whether to discipline a since-retired judge who shared provocative nude pictures of himself on a website for swingers when he was still on the bench.

In 2019, Marty Clark, then a magistrate judge for Russell County, sent sexually provocative pictures of himself to a woman through the website “Club Foreplay,” also known as C4P.

That website describes itself as a “couples centric” online community for swingers.

Clark and his wife had met the woman and her husband at the Lake of the Ozarks resort in 2019. After the initial meeting, Clark corresponded with the woman through the C4P website, according to findings made by the Kansas Commission on Judicial Conduct.

The woman’s husband, who also had a C4P account, filed a complaint with the Kansas Commission on Judicial Conduct, which eventually recommended public censure for Clark.

At Thursday’s hearing, Justice Caleb Stegall said it would be “troubling” if judges could be censured for private communication, the Kansas City Star reported.

The justices questioned how to identify the line between appropriate and inappropriate, the report said.

“Are you suggesting it’s just you know it when you see it?” Justice Kenyen Wall reportedly asked.

Justice Melissa Standridge said that even social media posts intended to be private could eventually one day be publicized, which could have an impact on the perception of the judiciary.

“If you post something it’s out there,” Standridge said, according to the Kansas City Star. “It’s the old adage of don’t write anything down you wouldn’t want on the front page of the Wichita Eagle.”

Todd Thompson, arguing on behalf of the commission, said that Clark should be prohibited from ever being a judge again unless he receives significant education on the role and integrity of the judicial branch, the report added.

“We all have standards that we think is appropriate or inappropriate behavior,” Thompson said. “Just taking pictures of your genitals and distributing them in any way to the public in my opinion does nothing to enhance the integrity of the judiciary.”

Thompson also said that Clark exchanged “salacious” text messages with the woman that included discussion of having sex in his chambers.

Chris Joseph, Clark’s lawyer and managing member of Joseph, Hollander & Craft LLC, reportedly argued that there should be no discipline for sending nude photos on a private channel.

“I don’t think you look at morality as a basis for discipline … unless there is a connection to the job,” Joseph said.

Clark had reportedly kept an account on the website “on and off for a couple of years,” the commission’s report said. He used the website to “give access to other users to view nude and partially nude photos to himself,” according to the report.

The commission issued its findings and recommendation for public censure on May 4, 2021, just days after Clark retired.

“Judges should be role models of our society,” the commission said in its recommendation. “A judge’s integrity, while never spotless, should exhibit behavior that is or should be emulated by others. The Kansas Judicial Code requires this Commission to judge the impropriety, or the appearance of impropriety, of a judge’s actions in his or her professional and personal lives.”

The commission said that Clark crossed a line when he communicated with the woman through the C4P website.

“Judges are human,” the commission said. “But the unique role of judges in our society forces a judge to understand that donning the black robe places a higher standar upon them than the average person. That higher standard imposes a duty to maintain the dignity of the judicial office and to aspire to ensure the greatest public confidence in their integrity as they uphold the laws and make sure justice is meted out fairly. This is where Respondent has failed.”

Clark had been a magistrate judge since 1998. The position is elected by partisan ballot. Clark, a Republican, was last elected to a four-year term in 2020.