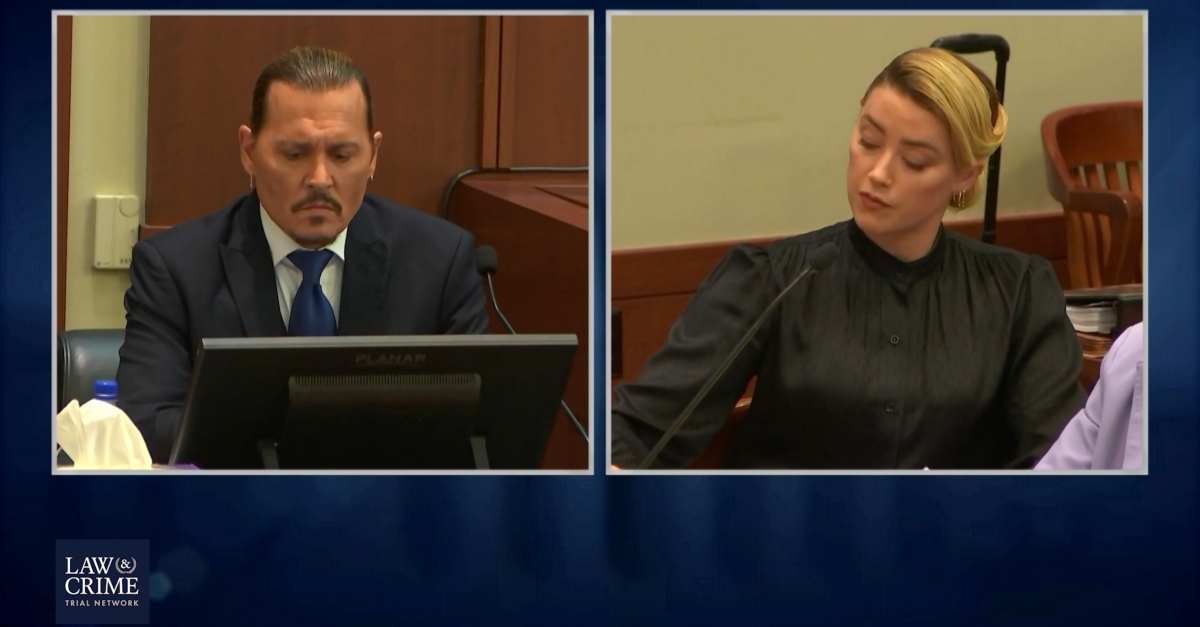 Three weeks after presenting a jury with dramatic, salacious, and sometimes-technical testimony and evidence, actor Johnny Depp rested his $50 million defamation lawsuit against Amber Heard, who failed to dismiss his case before presenting her own defense case and counterclaims to a jury.

Depp himself took the witness stand for four days, kicked off with a rueful reflection about his ex-wife’s domestic violence allegations transforming him from a “Cinderella” in the public eye to a “Quasimodo.”

Just before Depp’s case wrapped on Tuesday, Hollywood technical analyst Richard Marks quantified how Heard’s claims—brought to public consciousness in the height of the #MeToo movement—”canceled” Depp to the tune of more than $40 million from lost bookings from the sixth installment Pirates of the Caribbean and non-franchise films.

Heard first accused Depp of physical and sexual violence in 2016, when she moved for a restraining order against him in a Los Angeles court.

Two years later, Heard published an op-ed in the Washington Post titled, “I spoke up against sexual violence — and faced our culture’s wrath. That has to change.” The piece did not mention Depp’s name, but his attorneys argue that the reference was unmistakable from the couple’s acrimonious and well-publicized divorce. The defamation lawsuit sues Heard only for certain statements in the op-ed, not allegations that she previously made in litigation.

After Depp’s case wrapped, Heard’s attorney J. Benjamin Rottenborn sought its dismissal. He argued that Heard’s statement that she “became a public figure representing domestic abuse” is true—and supported by testimony by one of Depp’s own witnesses who claimed the couple was “mutually abusive.”

Fairfax County Circuit Court Judge Penney Azcarate noted that if even a “scintilla” of evidence supports Depp’s case, she must let the jury decide.

She ultimately found in Depp’s favor on that question.

The judge withheld ruling on one of the statements, which involved evidence not currently before her.

The bitter battle between Depp and Heard has captured the public’s imagination, as a case blending Hollywood gossip, a reckoning over the #MeToo movement, a story about mental health, and an accounting on how the non-profit world shapes media narratives. The American Civil Liberties Association faced embarrassing court revelations after one of their lawyers laid bare the group’s role shaping Heard’s op-ed—in return for a hefty promised (but not fulfilled) donation by the actress.

In the exhibit on the right, Amber Heard’s nurse Erin Falati recorded in her notes that the ‘Aquaman’ actress disclosed struggles with bipolar disorder.

Later on Tuesday, Heard opened her case with her forensic psychologist, Dawn Hughes, who is speaking on the subject of intimate partner violence. Heard countersued Depp over his attorney’s remarks calling her domestic abuse allegations a “hoax.”