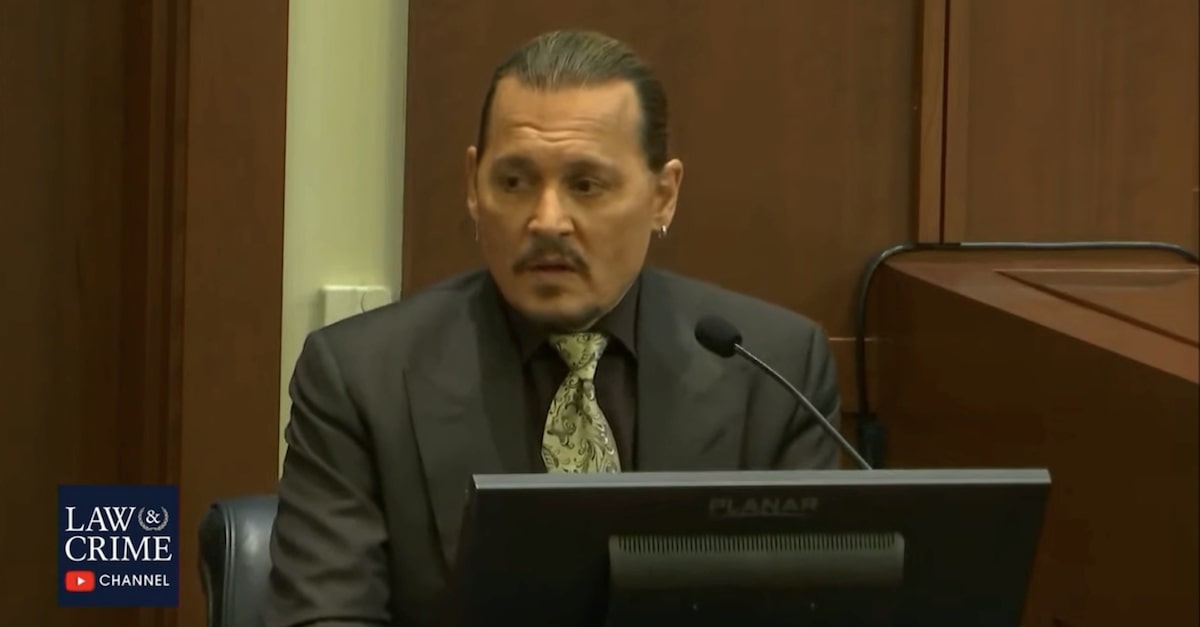 For the past six years, Johnny Depp has seen his Hollywood star descend from his beloved turn as Captain Jack Sparrow in Pirates of the Caribbean to an outcast described bluntly as a “wife-beater” in the international press. Preceding that came an infamous photograph of his ex-wife Amber Heard with a black eye in People magazine and a constant spew of lurid allegations trickling out of courts in the United States and internationally.

In long-anticipated testimony on Tuesday, Depp told his tale as he sees it at length in a small courthouse in Fairfax County, Va., where he has been pursuing a $50 million defamation lawsuit against Heard for depicting herself as a survivor of domestic abuse in the Washington Post.

“So strange when one day you’re Cinderella, so to speak, and then in 0.6 seconds, you’re Quasimodo,” Depp marveled, in reflecting upon his troubled childhood, his relationship with Heard, and the precipitous freefall of his career.

“I didn’t deserve that, nor did my children, nor did the people who have believed in me for all these years,” Depp said. “I didn’t want anybody, any of those people to believe that I had done them wrong or lied to them or that I was a fraud. I pride myself on honesty, I pride myself on truth. Truth is the only thing I’m interested in.”

Describing himself as “obsessed with truth,” Depp added: “Today is my actually my first opportunity that I’ve been able to speak about this case in full for for the first time.”

Taking the stand when the afternoon session began at 2 p.m., Depp’s testimony began with a long account of his childhood. His voice struck a slow, measured and deliberate tone as he told a jury that his mother Betty Sue physically and emotionally abused him and his father.

“The beatings were just physical pain,” Depp reflected. “Physical pain you learn to deal with.”

Depp’s sister Christi Dembrowski’s likewise recalled their mother being abusive, mocking Depp as “one eye” because of his lazy eye. The cruelty of that remark continued to resonate with Depp, who said he had to wear a patch even on his good eye. He also recalled his mother calling him “cargo.” Dembrowski recalled her father and brother being passive victims of their mother’s torment—and her personal turmoil.

“She had swallowed a multitude of pills to take herself out, trying to commit suicide,” Depp testified.

Depp’s lawyers told a jury during opening statement that the budding star internalized that dysfunctional dynamic in his personal life, and that the ghosts of his childhood resurfaced once his tumultuous relationship with Heard began.

Before pivoting to his relationship with Heard, Depp’s attorney questioned the star about his career, artistic influences and his breakthrough role. He described the character Jack Sparrow as a mix between Rolling Stones musician Keith Richards and amorous cartoon skunk Pepe Le Pew. The role cast the “What’s Eating Gilbert Grape” and “Edward Scissorhands” actor into levels of visibility. Depp described the difficulty of his name becoming a recognized brand.

“When I say it, I hear the product, commodity,” he said.

In 2009, Depp and Heard met on the set of The Rum Diary, which he said grew out of his friendship with gonzo journalist Hunter S. Thompson. He began dating the actress some three years later in 2012, speaking about their first kiss in a shower. According to Camille M. Vasquez, another of Depp’s lawyers, the dramatic age difference between the pair was initially a challenge. Depp is now 58 years old, and Heard is 35.

Depp’s testimony is ongoing. Watch the trial unfold live, below.