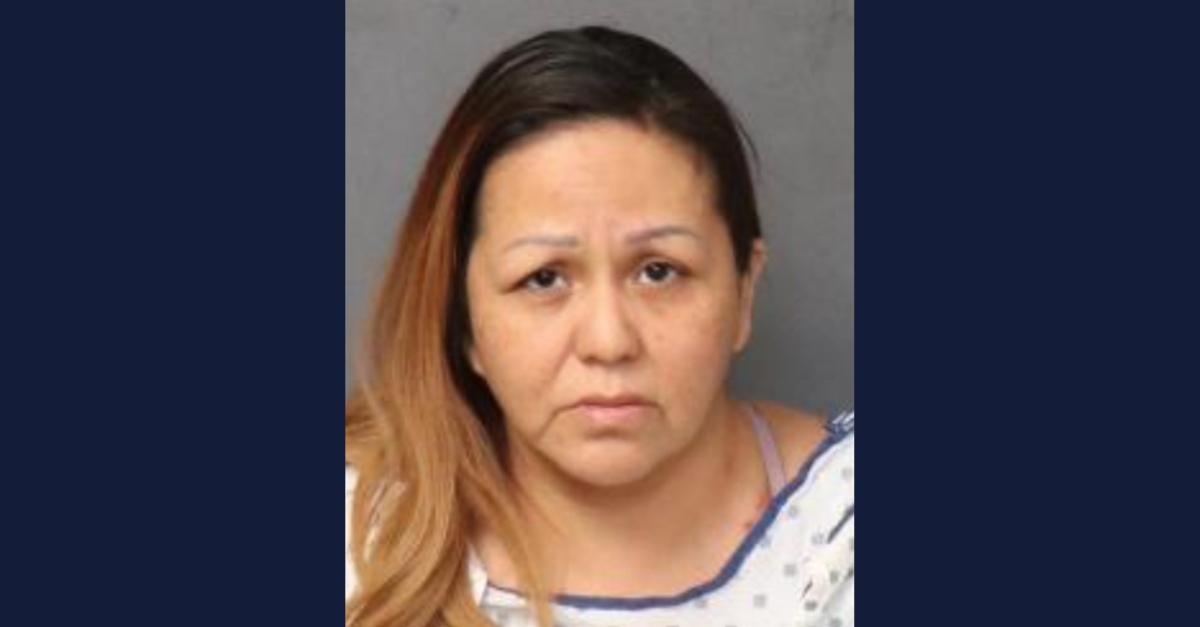 An Arizona woman allegedly stabbed her boyfriend to death, even cutting him under his jawline and severing his Achilles tendons.

Officers said they found the victim stabbed to death in an apartment bathroom early Sunday morning, according to the criminal complaint. Morgan had allegedly gone to a neighbor’s home, requesting help getting the cops.

Officers described grisly injuries. For example, Miera was cut under the jawline.

“I observed the victim had sustained a noticeable, severely deep throat laceration which stretched several inches under the decedent’s jaw line,” police wrote. “The victim also sustained several lacerations to the lower ankle which ultimately resulted in the complete severing of the Achilles tendon in both ankles.”

He suffered many puncture wounds and lacerations. By an officer’s count, the victim seemed to have between 20 and 30 injuries to his face and head. There was blood on the floor throughout the apartment, including the master bedroom, hallway, and bathroom. A silver kitchen knife was in the bathtub.

A next-door neighbor claimed to hear “some bumping around” Morgan’s apartment, and three minutes later, Morgan, covered in blood, asked for help. Morgan said she stabbed Miera after he stabbed her, the neighbor said in the complaint.

A downstairs neighbor claimed to hear loud banging from the suspect apartment above a little after 3 a.m., which woke up her 3-year-old son. She claimed to hear a male voice yelling repeatedly, “You fucking hit me too.” In this account, there was what police paraphrased as a “commotion,” and a female voice screaming she was calling the cops.

The downstairs neighbor believed the commotion was from the bathroom above because she heard water running.

She claimed to hear the woman “screaming at the top of her lungs.” Ensuing silence for “a long period of time” was broken up by “a blood-curdling scream” from the woman,” the neighbor said.

“She did not hear the male any further after that which she thought was odd because she stated the male is typically ‘loud,'” police wrote.

The first neighbor “said Michelle told her several months before there was physical and emotional abuse in their relationship,” police wrote.

Morgan agreed to speak without an attorney after her release from a hospital, officers said. They described her as being cut above her right knee. She also had lacerations to her knuckles, and bruising and swelling to the back of her hand consistent “with her hand making contact with the knife upon impact.”

In her alleged account, Morgan said she and Miera went to the Sandia Casino earlier on Saturday. They got into an argument after leaving the casino, and she left him at the La Luz Trail, taking his car to her apartment, she allegedly said. Miera eventually arrived “upset,” and got a knife from the kitchen, she allegedly said at first.

But police said they did not buy Morgan’s story of self-defense. For example, she allegedly ended up saying it was she who grabbed the knife first. Morgan was allegedly inconsistent about how the confrontation proceeded, and how Miera got hurt.

“Michelle also presented several different scenarios as to how the struggle ensued and was not consistent in her version of the timeline of events during the altercation,” police wrote.

She allegedly admitted to slashing and severing Miera’s Achilles tendons during their struggle near the master bedroom, claiming she did so to immobilize him. She acknowledged he weighed under 140 pounds and was weakened by abdominal surgery he had just three days before, police said.

“Michelle said she was overcome with ‘rage and adrenaline’ and could not recall the amount of times she stabbed and slashed Martin,” police wrote. “Michelle admitted to having thrown the knife used to stab Martin into the bathtub located next to Martin’s body.”