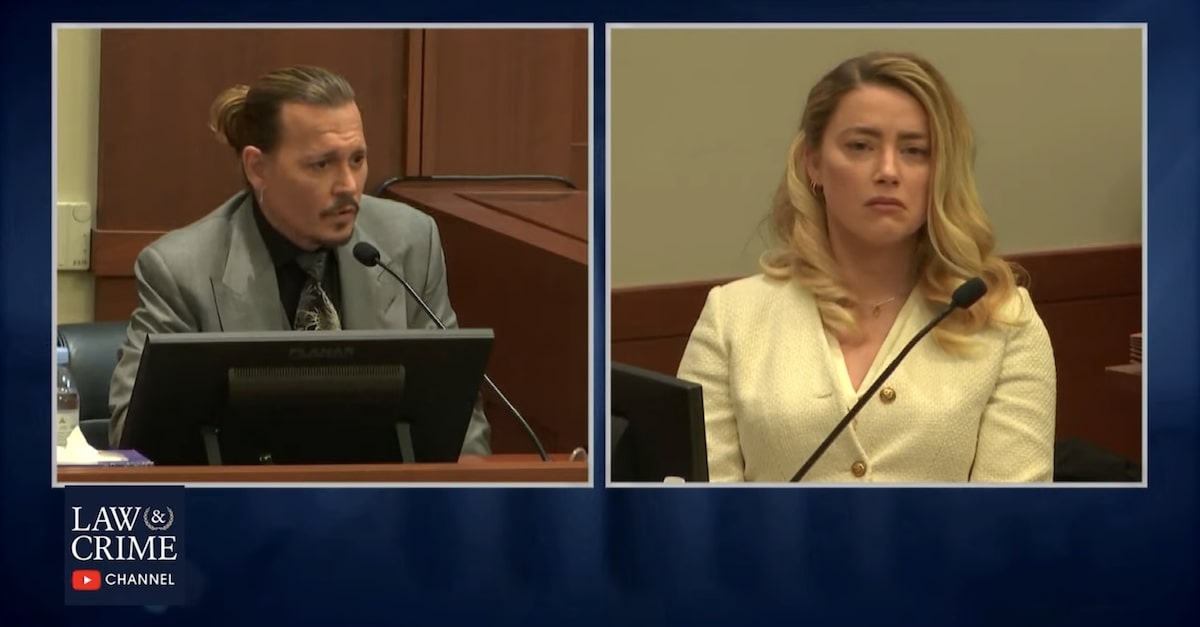 Johnny Depp’s security guard told a jury on Thursday that the Amber Heard described the “defecation” found on the Pirates of the Caribbean star’s bed as a “horrible practical joke gone wrong.”

Even by the standards of salacious Hollywood gossip, Heard’s alleged soiling of Depp’s bed stands out for its scatological turn. The accusations made the Aquaman actress the subject of viral jokes like #AmberTurd and #MePoo, a particularly uncharitable hashtag sending up serious allegations of domestic violence.

“My initial response to that was, I laughed,” Depp said on the witness stand last week, describing his initial reaction to seeing a photo of the feces. “It was so outside, it was so bizarre and so grotesque that I could only laugh.”

Though the accusations lit up the internet, they are hardly new, and another court discredited them. A U.K. judge sniffed out Depp’s yarn and found it “unlikely,” noting that the What’s Eating Gilbert Grape star’s humor has a “lavatorial streak.” Depp hopes a jury of his peers in Fairfax County, Va. will find differently.

As Depp tells it, the poop incident allegedly occurred after Heard’s 30th birthday party on April 21, 2016, in their penthouse apartment in Los Angeles. The couple fought that night, and Depp said that he later learned that she or one of her friends defecated on his bed. Heard blamed the incident on the dogs, but Depp scoffed at that excuse, identifying the pooches as Yorkshire terriers. The feces, Depp said, appeared to be distinctly human.

On Thursday, Depp’s security guard Starling Jenkins testified that he spoke Heard about what happened when driving her to Coachella.

“We had a conversation pertaining to the surprise she left in the boss’s bed prior to leaving the apartment,” Jenkins said.

Asked to specify what surprise, Jenkins clarified that he meant the defecation. That was when Heard allegedly described it as a “horrible practical joke gone wrong,” not elaborating on the nature of the joke or what its successful execution would have looked like.

The couple’s dirty laundry is being aired, streamed and televised in highly public fashion because of Depp’s $50 million lawsuit against Heard over a 2018 Washington Post op-ed. Though it did not mention him by name, Depp claims the piece smeared him through unmistakable references to the restraining order Heard filed against him two years earlier. Depp claims that Heard’s accusations had it backwards, and alleges that she was the abuser.

One of the occasions in which Heard claimed Depp physically abused her was before the alleged pooping.

Asked whether Heard appeared to be injured around this time, Jenkins said no.

This is not the first time Depp and Heard’s conflicting accounts of the incident have been heard in a court of law.

In 2020, a U.K. judge heard Depp’s poop story when he sued The Sun, a British tabloid, for calling him a “wife-beater.” The judge’s ruling credited Heard’s accusations that Depp arrived to her party drunk and high on drugs, before throwing a magnum sized bottle of champagne and wine glass at her. Heard said he grabbed her by the hair and shoved her to the floor.

“He assaulted Ms. Heard as he had done on previous occasions when he was stressed,” the judge found, bluntly.

As for the feces, the judge found: “For what it is worth, I consider that it is unlikely that Ms Heard or one of her friends was responsible.”

Jenkins testified in the U.K. proceedings, too.

Learn more about the trial and the “Depp Heads” attending it on Law&Crime’s podcast “Objections”: