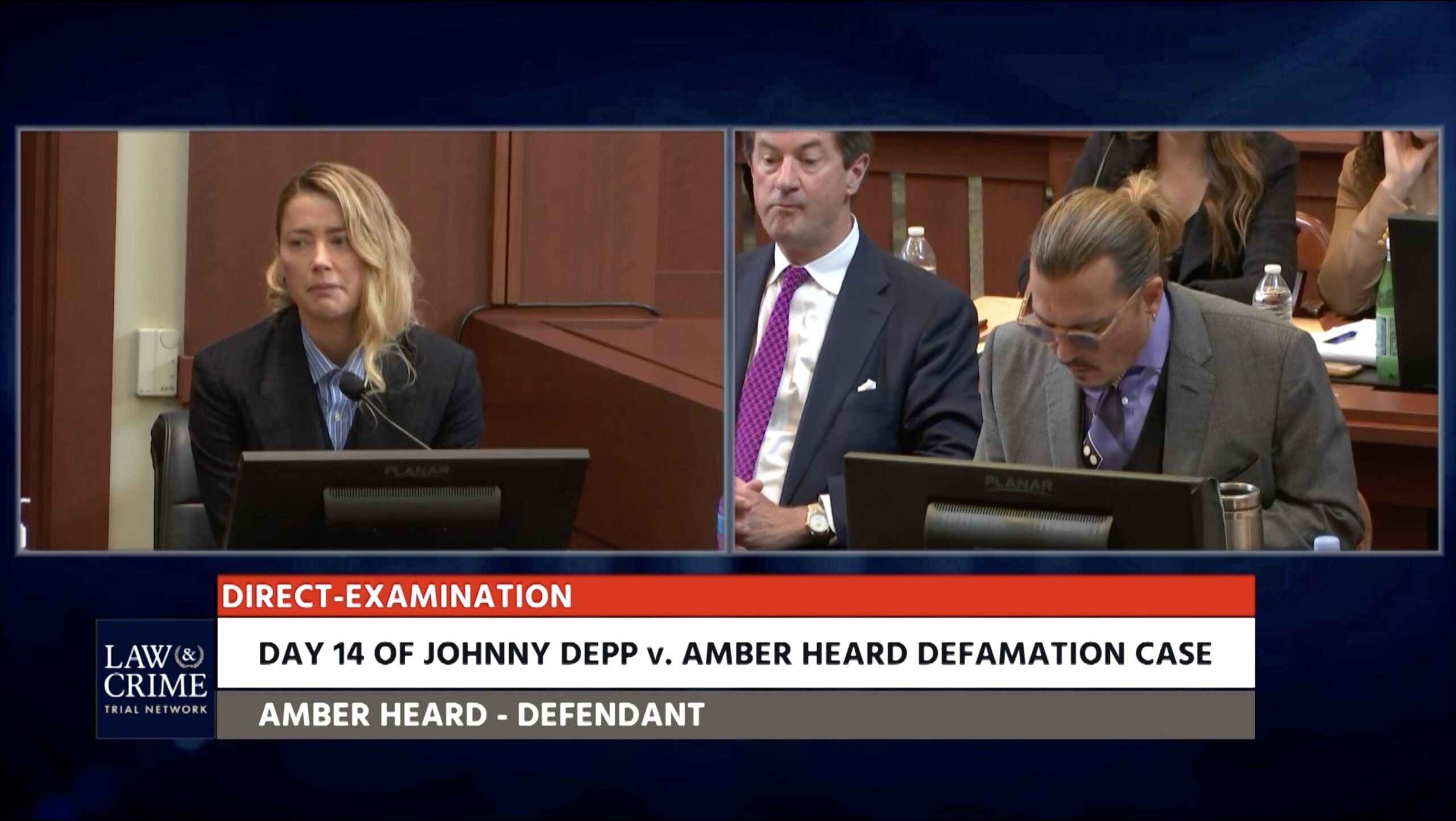 Amber Heard testifies that the acrimonious, public trial against her ex-husband Johnny Depp is the “most painful and difficult thing I’ve ever been through.”

In emotional testimony recounting periods of joy and anguish, actress Amber Heard called the trial against her ex-husband Johnny Depp the “most painful and difficult thing I’ve ever gone through,” an acrimonious and public display contrasting what she described as their “whirlwind” romance.

“I fell head over heels in love with this man,” Heard declared.

Whirlwind may be an understatement from the former couple’s tumultuous two-year marriage, which ended in dueling domestic abuse allegations that sparked litigation on both U.S. coasts and the United Kingdom.

“I struggled to have the words I struggled to find the words to describe how painful this is,” Heard said. “This is horrible for me to sit here for weeks and relive everything here. People that I knew—some well, some not—my ex-husband, with whom I shared a life, to speak about our lives the way that they have. This has been one of the this is the most painful and difficult thing I’ve ever gone through.”

In 2018, Heard wrote a Washington Post op-ed describing herself as a survivor of domestic violence, and though it did not mention Depp, his attorneys argue it clearly alluded to allegations Heard made in filing a restraining order against him two years earlier. Depp sued her for defamation in Fairfax County, Virginia, where the newspaper is printed.

During his own testimony weeks ago, Depp sat on the same witness stand as Heard narrating his own transformation in the public eye from “Cindarella” and “Quasimodo.”

Heard, who countersued after Depp’s lawyer called the allegations a “hoax,” began her testimony with happier days when the couple met on the set of The Rum Diary. She recounted their first kiss and how Depp made her feel like the “most beautiful girl in the world.” Both of them had been in other relationships, and Heard said that she knew she had to keep their courtship a secret because people would blame her and brand her a “home-wrecker.”

The first alleged act of domestic violence Heard spoke about was an incident involving Depp’s old tattoo about his ex-girlfriend Winona Ryder. After their break-up, Depp altered his ink “Winona Forever” to read “Wino Forever,” a slogan Heard has used as evidence of his drug and alcohol abuse. Heard testified that she made a remark about it when Depp flew into a rage, slapping her twice.

“You think you’re a funny bitch,” Heard recalled him saying. “Then he slapped me again.”

Recounting the alleged incident, Heard said: “It just broke my heart because I didn’t want to leave him,” calling Depp “best thing that ever happened to me.”

After the incident, Heard said, Depp cried and said he was sorry.

Depp claims that Heard fabricated these accounts when she learned that he was going to leave her. The Pirates of the Caribbean star’s sister and professional associates testified that they never saw her with bruises or injuries, until a photograph appeared in the tabloids during their restraining order proceedings.