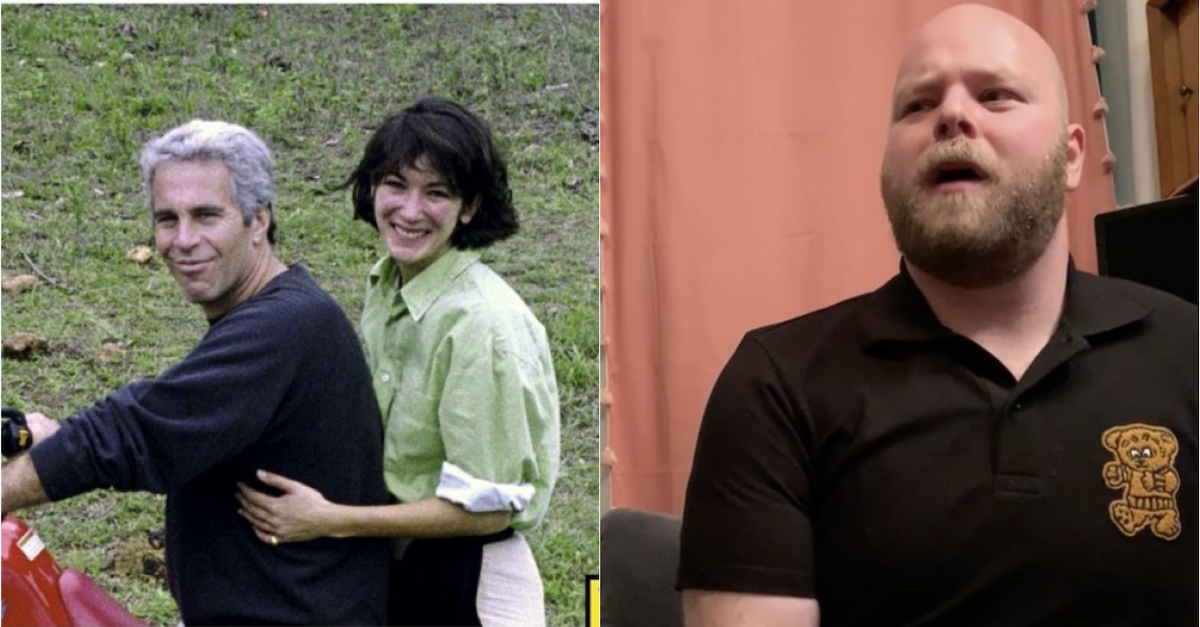 Jeffrey Epstein and Ghislaine Maxwell are seen driving a scooter in a trial exhibit. Juror Scotty David speaks about convicted Maxwell to the Daily Mail, in one of the interviews at the center of Maxwell’s bid for a new trial.

A juror’s tell-all interview about convicting Ghislaine Maxwell of sex trafficking could throw the verdict into turmoil—again.

Known as “Juror 50,” Scotty David first handed Maxwell a potential post-trial motion by granting interviews for three major news outlets—first, The Independent, then The Daily Mail and Reuters. In all of the interviews, David told reporters that he was a survivor of childhood sexual abuse and that this experience affected his and the other jurors’ deliberations. These revelations bolstered Maxwell’s arguments for a new trial because David wrote in his questionnaire that neither he nor his family members were victims of sexual abuse.

U.S. District Judge Alison Nathan, who was since promoted by the Senate to the U.S. Court of Appeals for the Second Circuit, ordered David to testify about the discrepancy for a judicial inquiry. David, granted immunity from prosecution to testify openly, insisted that he made an innocent “mistake.”

“We write to make the Court aware of new information concerning Juror 50 that may impact Ghislaine Maxwell’s pending motion for a new trial. Paramount Plus will be airing an additional interview with Juror 50 in an original series titled ‘Ghislaine – Partner in Crime,'” Sternheim wrote. “The trailer announces a ‘bombshell revelation‘ from Juror 50 in his ‘only in-depth interview.'”

Sternheim asked the judge not to rule on Maxwell’s pending motion for a new trial until it airs.

“We have been unable to access the series in order to review the content of Juror’s 50 statements nor have we learned whether the interview was recorded before he testified at the March 8 hearing,” Sternheim said. “The series was scheduled to air on March 29, but we have learned that Paramount is holding off airing the series pending the Court’s ruling concerning Juror 50. We bring to the Court’s attention this previously undisclosed interview and request a stay of any ruling pending review of the interview by the Court and counsel.”

The U.S. Attorney’s office for the Southern District of New York declined to comment. 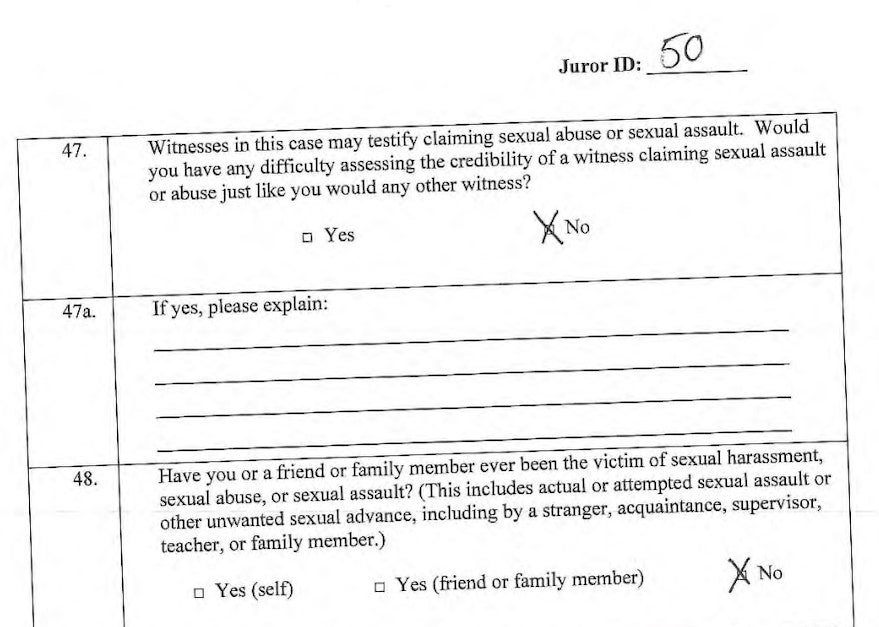 The jury questionnaire that David incorrectly answered asked: “Have you or a friend or family member ever been a victim of sexual harassment, sexual abuse or sexual assault?” The expansive question noted in parenthesis that this could include an actual or attempted sexual assault or unwanted advance, by a stranger, acquaintance, supervisor, teacher or family member. David checked the box that said “No.”

“This was one of the biggest mistakes I have ever made in my life, and if I could go back and change everything and have slowed down and actually taken the time to read this appropriately, I would in a heartbeat,” David insisted in early March, testifying that he “flew through” the questionnaire and was “super-distracted” in a noisy jury room.

Update—April 1 at 3:16 p.m. Eastern Time: After this story was filed, the Maxwell docket had a new entry indicating that the case had been reassigned to a new judge. Shortly after, another docket entry indicated that the earlier one was an “administrative error.”

(Photo of Maxwell and Epstein via DOJ; Screenshot of David via Daily Mail)