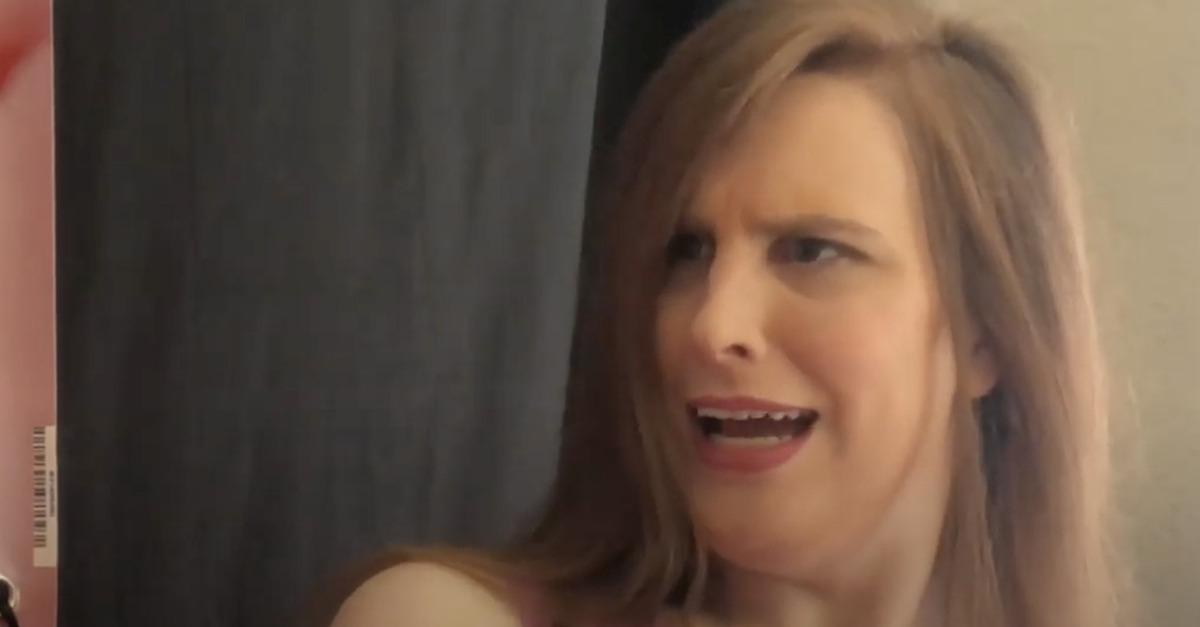 A conservative panel majority of a federal appeals court threw out a transgender woman’s discrimination claim against a beauty pageant that allowed only “natural-born females” to enter. In its decision, the panel drew a lengthy analogy to the Broadway show Hamilton: if Lin-Manuel Miranda can choose to cast only Black actors for most roles, the Miss United States of America pageant can choose to exclude contestants that do not conform to its definition of an “ideal woman.”

Anita Green, a transgender woman, has competed in multiple beauty pageants including Miss Montana and Miss Earth. Green attempted to enter the Miss United States of America pageant in Oregon, but was rejected on the basis that the pageant allows only “natural born females” to compete.

Green appealed, and a panel on the U.S. Court of Appeals for the Ninth Circuit ruled against Green 2 to 1 Wednesday. In a 58-page opinion, U.S. Circuit Judge Lawrence VanDyke made a lengthy and detailed analogy to the much-lauded Broadway musical Hamilton.

“The musical utilizes hip-hop music and lyrics to detail the rise and fall of Founding Father Alexander Hamilton and has garnered widespread attention from the public and critics alike,” explained VanDyke, a Donald Trump appointee. VanDyke attributed “some of the musical’s popularity” to “its casting choices, namely the decision to cast the predominately white Founding Fathers with actors of color.”

VanDyke noted that creator Miranda’s casting decision “was widely—though not universally—applauded,” and included a footnote quoting an op-ed written by a University of Michigan student that questioned the messaging behind the choice of actors. Blogger Camille Moore wrote that despite Miranda’s aim to cast the Pulitzer Prize-winning show to reflect “America today,” the casting missed the mark in that in that it failed to acknowledge that even today, powerful figures would be rich, white men.

The judge continued, explaining that Hamilton’s mainly non-white cast makes an important statement about American history that is “integral” to the show’s message.

“Had some anti-discrimination statute been applied to Hamilton forcibly to include white actors,” said VanDyke, “the show simply would not be able to express the message it desired.” The First Amendment protects just such a speaker’s “autonomy to choose the content of his own message.” Hamilton was not VanDyke’s only analogy — the judge also likened the pageant’s exclusion of transgender women to a private St. Patrick’s Day parade excluding a local gay and lesbian group as well as performers chosen to perform at the Super Bowl halftime show.

Similarly, VanDyke reasoned, “forcing the Pageant to accept Green as a participant would fundamentally alter the Pageant’s expressive message in direct violation of the First Amendment.”  The judge continued to clarify the pageant’s protected message: “that it does not believe that biological males who identify as female are women.”

VanDyke went on to dismiss as irrelevant Green’s “insistence that ‘[t]here is no meaningful difference between [herself] and any of [her] cisgender female contestants” as “precisely the opposite statement of the one that the Pageant seeks to make.” The pageant has the right to hold true to its message about femininity whether or not there are “discernible differences” between Green and cisgender women, said VanDyke.

Since Hamilton’s Broadway premiere in 2015, it has not only attracted nearly constant attention from audiences, but has also entered the American lexicon as a shorthand for both Treasury Secretary Alexander Hamilton‘s fervent support of federalism and for modern progressive values, such as Miranda’s public statements on Puerto Rico’s debt crisis.

Supreme Court Justice Clarence Thomas, for example, has mentioned that he is no fan of either Hamilton the man or Hamilton the musical several times in recent years. Justice Elena Kagan also credited the show during 2020 oral arguments over faithless electors. When Mike Pence, then the Vice President-elect, attended a 2016 production of Hamilton, cast members delivered a plea to Pence from the stage that he work to defend “American values” for a “diverse America.”

More recently, the show made headlines when a Texas church issued a public apology and pledge to pay damages for putting on an unauthorized performance that included Christian and anti-LGBTQ themes that clashed with the show’s intended message of inclusivity.

Following his lengthy majority decision, VanDyke also issued his own concurrence clarifying that in addition to a free speech ruling, he would also support a ruling in the pageant’s favor based on First Amendment right to free association. The majority decision, which was joined by U.S. Circuit Judge Carlos T. Bea, a George W. Bush appointee, did not address the question of free association, given that it was unnecessary due to the free speech ruling.

In a dissent, U.S. Circuit Judge Susan P. Graber, a Bill Clinton appointee, slammed the majority for its “radical departure” from “well-settled” legal rules. Under the doctrine of “constitutional avoidance,” Garber explained that the court should have first determined whether OPAA even applied to Green’s claim before diving into First Amendment analysis. Graber reprimanded the majority for its “insistence in reaching an unnecessary constitutional issue,” and reminded her fellow judges that constitutional avoidance is, and has long been, a bedrock judicial principle.

Graber then used VanDyke’s proffered examples in a logical assault on the majority’s ruling: given the nature of performances, a solid argument could be made that OPAA does not even apply to beauty pageants. Therefore, VanDyke’s Hamilton analogy does more to undermine the majority’s ruling than to support it. Graber wrote:

Choosing actors for a production of Hamilton, making a sequel to an 80s cinema classic, and assembling a troupe of Beyonce’s backup dancers are intensely selective processes that cannot be said to be open to the public as contemplated by the OPAA. It is highly unlikely that the OPAA would apply to the selection of performers for those roles.

If OPAA does not apply to the pageant, Green’s claim would have failed on a statutory basis without the need for constitutional analysis.