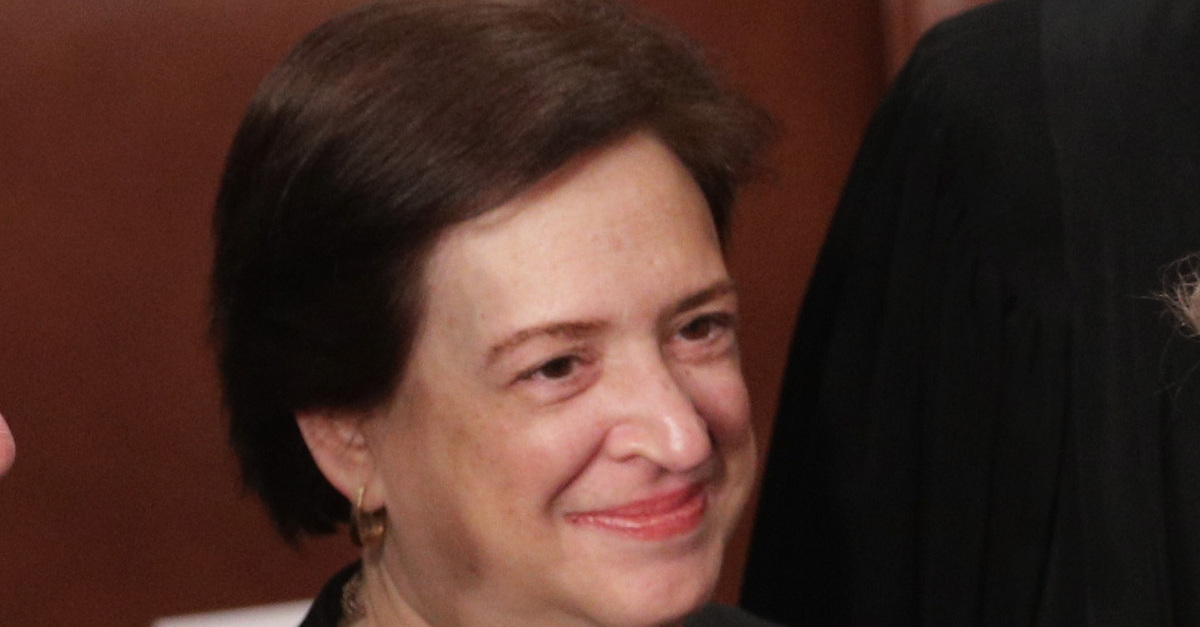 Looks like Justice Elena Kagan has been binging some HBO and Disney Plus. In Monday’s opinion on the so-called “Faithless Elector” cases, Kagan handed down a majority opinion that was heavy on the pop-culture references.

The cases asked the question: “What can happen when an elector goes rogue?” Electors (members of the electoral college) in Ohio and Washington who had pledged to vote for the state’s popular-vote winner, chose to vote for someone else; as a result, they were sanctioned and removed. They sued, arguing that under the Constitution’s language, their right to “vote” implied some level of discretion. A unanimous Supreme Court decided that, if states wish, they can restrict that discretion entirely – and remove or even sanction electors who refuse to honor their pledges.

Much of the telephonic oral arguments heard by the High Court centered on history: how the electoral college had been envisioned to function; what had happened in the past when a presidential candidate died; what circumstances had inspired faithless electing in elections long past. In her opinion, Justice Kagan took a crack at explaining both the history of the electoral college and the second act of Hamilton. Nor did Veep go unmentioned.

That meant the leaders of the era’s two warring political parties—the Federalists and the Republicans—became President and Vice President respectively. (One might think of this as fodder for a new season of Veep.)

Truly, picturing Elena Kagan explaining Selina Meyer to Clarence Thomas is almost too much for me to bear. That reference alone was probably enough to push Thomas to write his own concurrence disavowing all reasoning in the majority’s opinion.

Even better, though, was Kagan answering the question on so many Americans’ minds: did the justices tune in to the Hamilton when it dropped this weekend on Disney Plus? Looks like the answer to that is yes, at least as far as Kagan is concerned.

Kagan explained that in 1800, Thomas Jefferson and Aaron Burr ran as a Republican Party ticket, with the expectation that Jefferson would be President, and Burr would be Veep. She went on to clear up exactly what was going on after Jonathan Groff sings that third song:

Instead, Jefferson came in first and Burr . . . did too. Every elector who voted for Jefferson also voted for Burr, producing a tie. That threw the election into the House of Representatives, which took no fewer than 36 ballots to elect Jefferson. (Alexander Hamilton secured his place on the Broadway stage—but possibly in the cemetery too—by lobbying Federalists in the House to tip the election to Jefferson, whom he loathed but viewed as less of an existential threat to the Republic.) By then, everyone had had enough of the Electoral College’s original voting rules.

That’s how we got the 1804 Twelfth Amendment, which changes that whole runner-up-gets-to-be-VP thing and inspired a fabulous onstage moment for Daveed Diggs.

The references did not go unnoticed

[in absolutely flat, dead voice] i am also here for justice kagan dropping references to veep and hamilton in her opinion about the electoral college, and i think it’s everything https://t.co/bRKz6amm0b

Yeah, I’m definitely going with “Kagan backup” from now on when my partners try to remove my Hamilton musical references from my briefs.