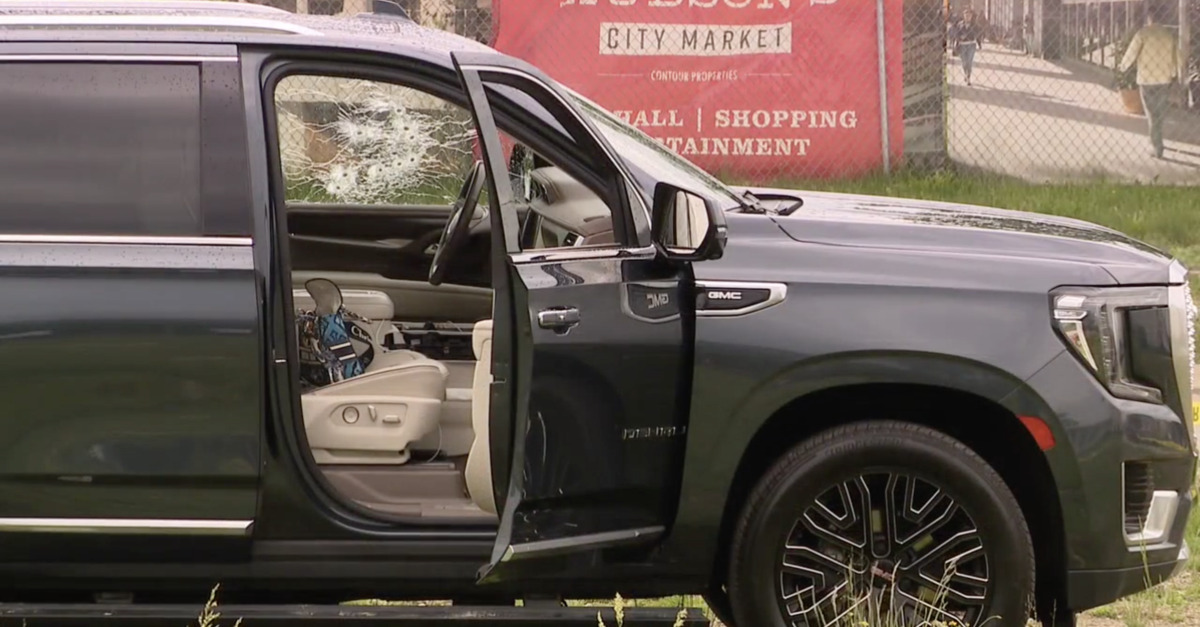 An attorney in Michigan is behind bars for allegedly orchestrating the dramatic ambush and murder of a well-known local jeweler over the summer near the famous 8 Mile area of Detroit.

Marco Bisbikis, 38, stands accused of one count each of premeditated murder in the first degree, conspiracy to commit murder, and felony firearm over the June 1, 2022 shooting death of Dan “Hutch” Hutchinson, the late owner of Hutch’s Jewelry.

The defendant was arrested on the morning of Thursday, Nov. 3, 2022 and arraigned the next day in the 45th District court, according to Detroit-based Fox affiliate WJBK. Judge Michelle Friedman Appel reportedly denied Bisbikis bond after finding him to be a flight risk.

The defense pleaded with the court to consider the attorney’s family and give him strict bond conditions including a GPS tether. The judge decided against that, reportedly saying that tethers can be cut, according to Detroit-based ABC affiliate WXYZ.

According to police, the 47-year-old jeweler was killed in a hail of bullets on the day in question when a man on a bicycle pulled up next to the victim’s GMC Denali and began shooting. Another vehicle then pulled up on the other side and more than a dozen additional rounds were fired. At the time, Hutchinson’s wife was also in the SUV. Somehow, Mrs. Hutchinson was uninjured, but the store owner died.

Marco Bisbikis, who was the attorney for slain Oak Park jeweler Dan Hutchinson, was arraigned this afternoon on charges, including premeditated murder, felony firearm and conspiracy to commit murder. https://t.co/BHMFmf3Vag

“He had a lot of customers that loved him,” Oak Park Police Lieutenant Marlon Benson said at the time of the life-imitates-art-style rampage, in comments reported by WJBK. “As we know, he was a husband and a father and our hearts go out to his immediate family. We want to bring them closure in this case. This was not a random event, it was targeted – as far as reasons, we don’t know why he was targeted but we don’t think this was a (random) event.”

“The number of shots and there was no words exchanged,” Benson added, explaining the mysterious but apparently targeted circumstances of the shooting. “Nothing in the investigation says that these people knew each other might a had a bad beef with each other.”

Now, after months of investigation, law enforcement reportedly have honed in on the reason why Hutchinson was killed.

According to sources cited by WJBK, Bisbikis made a point to make friends with Hutchinson, later becoming a business associate, and then convincing the jeweler to allow him to draft his will. The defendant then reportedly wrote himself into Hutchinson’s will.

During his arraignment, prosecutors reportedly cited “ample evidence” to support the attorney’s arrest and incarceration pending trial – including alleged proof that he had met with three other men involved in the slaying on numerous occasions. Bisbikis also allegedly was in charge of determining how each member of the alleged conspiracy would be paid for their work.

The first person arrested was Roy Donta Larry, 44, alleged to be the man on the bike who fired the initial shots – he was charged five days after the incident. In September of this year, Darnell Larry, 57, and Angelo James Raptoplous, 32, were also charged in connection with the killing.

The defendant’s next court date, a probable cause hearing, is currently slated for Nov. 15, 2022.