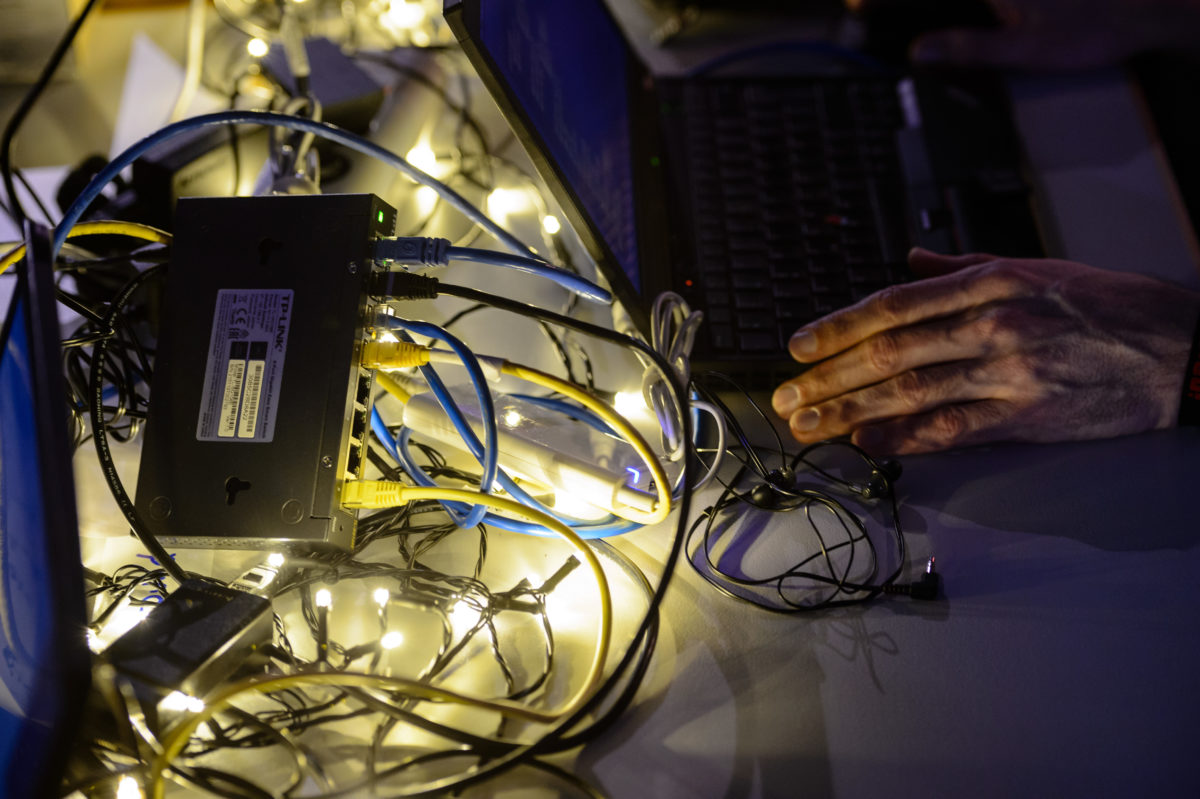 Less than 48 hours after shootings killed 20 people and injured two dozen others in El Paso, Texas, the Web site 8chan went offline overnight between Sunday and Monday morning. The site was used by the suspected gunman, Patrick Crusius, 21, CNN reports.

The move which appears to have led to the shutdown was announced by Cloudflare CEO Matthew Prince in a 1:44 a.m. Blog post:  “In the case of the El Paso shooting, the suspected terrorist gunman appears to have been inspired by the forum website known as 8chan,” Prince wrote.  “Based on evidence we’ve seen, it appears that he posted a screed to the site immediately before beginning his terrifying attack on the El Paso Walmart killing 20 people.”

Cloudflare is a network provider that services 19 million Web sites, including 8chan, the Blog post says.  Prince wrote that he suspects the site to resurrect itself in the near future, likely through a Cloudflare competitor.  Such was the case with the Daily Stormer, he noted. (Indeed, 8chan was coming back online by Monday morning, CNET reported, though Law&Crime has not been able to independently load the site as of Monday afternoon.)

Prince’s Blog post goes on to reference the shooting incidents in Christchurch, New Zealand and a Poway, California synagogue which were traced back to 8chan posts.  Prince called out what he referred to as “unmoderated discussions on 8chan,” then slammed the site as a “lawless” site that “has caused multiple tragic deaths.”

“Even if 8chan may not have violated the letter of the law in refusing to moderate their hate-filled community, they have created an environment that revels in violating its spirit,” Prince wrote.

Prince’s overnight post speaks about legal matters without citing laws.  Our review of constitutional, contract, and statutory law reveals how Prince’s own decision to basically take out 8chan — if even temporarily — is the easiest legal way to bring down the site.  Current federal law makes it difficult to do so.

Prince’s post speaks a lot about legal matters without citing laws.  Let’s look at them in turn.

Cloudflare is not the government.  As a private company, it is not bound by the First Amendment.  Though the United States government must not infringe on an individual’s right to free speech (minus a few exceptions), private companies are free to do so.

As a matter of contract law, Cloudflare and other computing companies can more or less do as they please (absent obvious things like fraud, duress, and illegal conduct). They can insert clauses in contracts with Web sites (like 8chan) which allow them to cancel their services.  To the surprise of absolutely no one, Cloudflare’s terms of use do indeed carry such a termination provision:

That’s broad language, and contained in the terms are an arbitration agreement. If 8chan sues Cloudflare, we won’t see it in a public courtroom.

Prince’s Blog post states that his company primarily desires to deflect to government authorities to decide what is and is not proper speech on the Internet.  In this case, 8chan’s ability to exist is largely protected by Congress.

Indeed, Congress already has decided what is legal and what is not on the Internet, and the answer is found under Section 230 of the Communications Decency Act, which dates back to 1996.  (The statute has since been amended.)  The Act provides broad immunity for Web sites.  Basically, the Act states that Web sites cannot be sued based on the content posted by users.  Liability rests with the person who posts the information in the first place.  It’s very different from the broad liability faced by the owners of traditional media when they are sued:  television, radio, and newspaper ownership groups can — and do — face massive damage awards if they repeat a quote or sound bite from someone who says something defamatory.

The upside of this policy is increased profits for Web sites and increased speech for Internet users.  Congress explicitly said as much:  the point of the Act was “to promote the continued development of the Internet” and “to preserve the vibrant and competitive free market that presently exists for the Internet.”  As many cases (such as this one filed by an adult entertainer) illustrate, when people sue Web sites over defamatory or other nasty content, the cases are routinely tossed.  We have also previously examined the ramifications of Section 230 immunity as they relate to Alex Jones (here, here).

The down side is what Prince complained about with 8chan.

After decades of what amounted to Congressionally-sanctioned lawlessness, Congress finally decided to make it tougher for some Web sites to hid behind Section 230.  The Act was amended April 11, 2018 with the passage of the so-called “Allow States and Victims to
Fight Online Sex Trafficking Act of 2017.”  That amendment amounts to a Congressional backpedal:

(1) section 230 of the Communications Act . . . was never intended to provide legal protection to websites that unlawfully promote and facilitate prostitution and websites that facilitate traffickers in advertising the sale of unlawful sex acts with sex trafficking victims;

(2) websites that promote and facilitate prostitution have been reckless in allowing the sale of sex trafficking victims
and have done nothing to prevent the trafficking of children and victims of force, fraud, and coercion; and

(3) clarification of such section is warranted to ensure that such section does not provide such protection to such websites.

The bottom line here is that by immunizing Web sites from damages awards, Congress allowed the explosive growth of all Web sites, including 8chan.  If Congress wanted to attempt to crack down on them, it could do so in some fashion which still fits within the First Amendment.

Until then, individual companies — such as Cloudflare — are left with the decision of whether to refuse service or not, and that is not a comfortable position for a technology company whose goal is to invent, not to speak.  Much depends on contract law, which technology companies are advised to review.