Reports Suggest Britney Spears Either Tried to ‘Knock’ a Phone Out of an Employee’s Hands or Hit the Person’s Arm. Here’s What the Law Says. 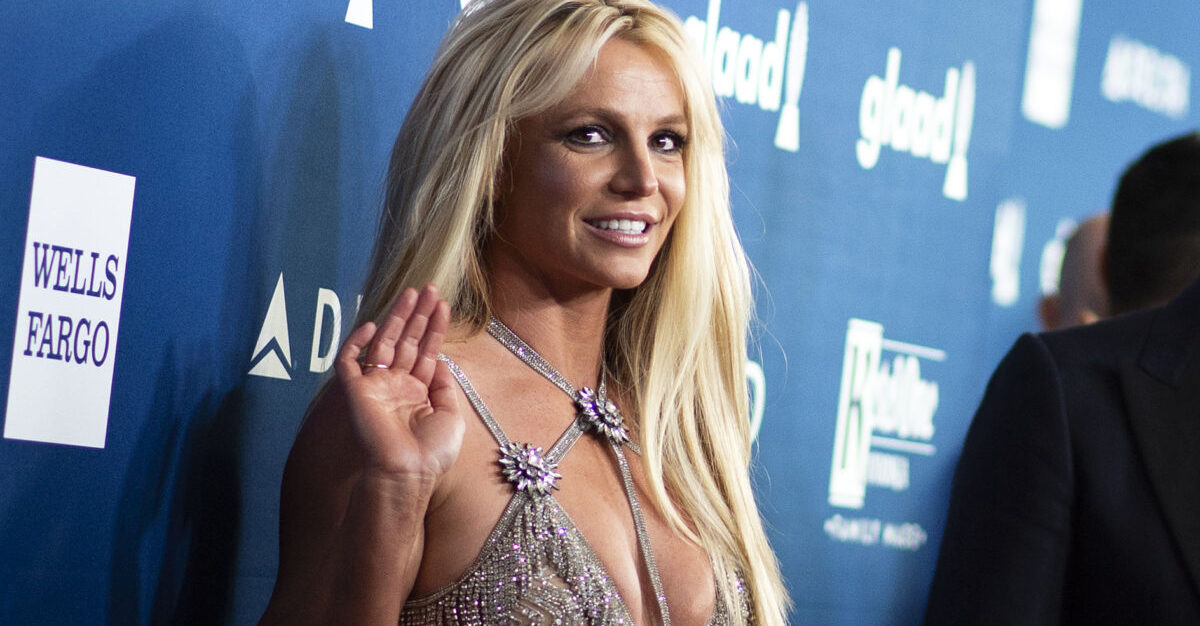 A debate is raging in the tabloid press surrounding whether or not Britney Spears struck an employee on the arm or whether or not the singer struck the employee’s phone during a recent alleged argument. The facts remain highly in dispute, but police are looking into the matter.

The various disputed factual explanations of what allegedly happened are rather legally pointless. We’ll break down the alleged facts as related by the tabloid press and then discuss the relevant law to explain why.

TMZ, citing sources “directly connected” to Spears, reported that one of the singer’s two dogs became sick. A dogsitter took the sick dog and the other dog to the veterinarian.

“The dogs never came home, and our sources say the dog sitter kept and took care of the dogs because she believed they weren’t safe at Britney’s home,” TMZ said.

On August 10, Spears called the sheriff’s department to report a “theft,” both TMZ and Page Six reported.

According to Page Six, Spears called the Ventura County, Calif. Sheriff’s Office shortly before 6:00 p.m. on Aug. 10; however, when deputies arrived, Spears backed down.

“She called and wanted to report some type of theft,” Capt. Eric Buschow told Page Six. “When deputies arrived and contacted her security staff, they informed the deputies that Ms. Spears decided she did not want to file a report at that time. And so, deputies left.”

Page Six noted that there was “no official record” as to what was allegedly taken or who allegedly took it.

“There was no law enforcement action at that time, no report taken or anything like that,” Buschow said.

According to People magazine, the Ventura County, Calif. Sheriff’s Department is investigating Spears for an “alleged misdemeanor battery incident.” That’s according to a Capt. Buschow who spoke to the magazine.

Capt. Buschow told People that an employee indicated that Spears “struck them during a dispute” inside the singer’s home.

“Ultimately that investigation will be forwarded to the attorney’s office for review. It’s a minor misdemeanor battery [investigation],” Capt. Buschow said to the magazine.

He further noted that no injuries were reported but wouldn’t get into any particulars.

Page Six elsewhere said the incident occurred at about 10:25 a.m. Monday. A “source” told that publication that Spears tried “swiping a cell phone” from an employee but said “[t]here was no hitting.”

“It was mutual and really verbal and truly about the phone,” the “insider” source reportedly told Page Six.

“Our Britney sources say the housekeeper expressed concern that the dogs had been neglected and showed Britney photos she had taken on her cellphone of one of the dogs that had just thrown up,” the TMZ report indicated.

And that’s what reportedly led to the alleged confrontation involving the phone.

One alleged inside source told People that the incident involved a housekeeper who was “holding her phone and Britney tried to knock it out of her hands.”

Another alleged “source close to Spears” cited by People said the police report was “a complete fabrication.”

But TMZ said the confrontation occurred when Spears “became extremely upset and told the housekeeper she was not allowed to take photos in her house.”

“[W]e’re told a struggle ensued,” TMZ continued, “and Britney knocked the phone out of the housekeeper’s hands.”

Some “Britney sources” told TMZ that the singer “merely hit the phone,” but so-called “law enforcement sources” apparently told TMZ that “the housekeeper alleged Britney struck her arm, which then caused her to lose her grip over the phone.”

A lawyer for Spears, Mathew Rosengart, didn’t comment on the incident, People said. But he did tell Page Six and CNN that the incident was “overblown, sensational tabloid fodder — nothing more than a ‘he said, she said’ regarding a cell phone, with no striking and obviously no injury whatsoever.”

“Anyone can make an accusation, but this should have been closed immediately,” Rosengart added.

According to TMZ, Jamie Spears, Britney’s father, pays the housekeeper who had the photos on her phone and who expressed concern about the dogs.

Spears is said to suspect that the housekeeper sent the photos of the dog or dogs to her father — and that her father issued the order to remove the dogs from the mansion.

But other “sources” told TMZ that Jamie Spears is “totally in the dark” about what occurs a Britney’s mansion.

“He’s been shut out,” those sources reportedly said.

The Law of Battery

Under California Penal Code § 242, battery is “any willful and unlawful use of force or violence upon the person of another.” The underlying California statute dates back to the year 1872.

But the strict statutory definition is only part of the story. More broadly speaking, the courts have interpreted California’s battery law as involving three separate elements. The Golden State’s jury instructions explain that battery is a (1) willful (2) touching committed in (3) a “harmful or offensive manner.” All three elements must be proven by prosecutors beyond a reasonable doubt.

Willfulness means, in essence, conduct which is non-accidental, and the yardstick for willfulness measures the act, not the result. If you accidentally slip on ice and knock down another person standing near you, you likely cannot be convicted of battery because your contact with the other person was not willful. However, if you throw a baseball and it accidentally strikes someone in the head, then the conduct is still willful: you intentionally threw the ball; the result was accidental. Or, as the California jury instructions explain:

Someone commits an act willfully when he or she does it willingly or on purpose. It is not required that he or she intend to break the law, hurt someone else, or gain any advantage.

Touching does not mean skin-on-skin contact. You can use a pen, a bat, a book, or a ball to commit battery. You can commit battery by touching someone through their clothes. As the California jury instructions point out, “[t]he touching can be done indirectly by causing an object [or someone else] to touch the other person,” and the contact does not necessarily “have to cause pain or injury of any kind.” (If serious bodily injury does occur, the punishment increases under California Penal Code § 243(d).)

Ironically, the committee which authors the jury instructions claims it “could not locate any authority” on whether a person can commit battery by touching an object “attached to or closely connected with” another person. However, there is indeed at least one published California appellate case on point. In that case, a student attacked one teacher and then knocked a walkie-talkie out of the hands of another teacher. The issue was whether the walkie-talkie incident constituted battery; the California First District Court of Appeal ruled that it did.

“This was not simply an incident of an attempt to touch the person of [the teacher],” the court continued. “Instead appellant actually knocked, i.e., touched, an object held by the teacher.”

Our review of California case law on the touching necessary for criminal battery discloses this is a matter of first impression. No case has held that contact by a defendant with an object held by another is a touching of the person herself. Nevertheless, we conclude the trial court correctly sustained the charges arising from appellant’s contact with [the teacher’s walkie-talkie]. We agree with the court that the minor was seriously out of control, having already punched and kicked [another teacher].

The teacher with the walkie-talkie “happened to be within the circle of appellant’s rage,” the court noted.

And that brings the discussion back to the “harmful or offensive manner” in which the “touching” must be carried out in order for it to constitute battery.  According to the jury instructions, “[t]he slightest touching can be enough to commit a battery if it is done in a rude or angry way.”

Assuming the First District Court of Appeal decision holds — the state supreme court refused to take it any further — then it’s immaterially legally whether Spears allegedly struck her employee’s arm or her employee’s phone. Assuming that occurred, the legal issue — again, assuming the case moves forward — will almost certainly be whether the contact was committed in an “offensive manner.”

The tabloid fodder suggests that Spears’ employees are banned from taking photos inside her home. It is possible that any employment contract or nondisclosure agreement in place between Spears and her employees explicitly bans such images and subjects Spears’ employees to the search and seizure of their property should any offending images be suspected or discovered. If so, it’s possible the employees may have consented to the seizure which Spears allegedly carried out. Under the law, an individual can — generally speaking — consent to battery in limited circumstances. In others, the law presumes consent — such as in cases of emergency medical treatment of incapacitated people.

It’s unclear whether the case will move forward; as the police said, that decision is up to the district attorney.

Misdemeanor battery under California Penal Code § 243(a) may be punished by a fine of up to $2,000 and a county jail term of up to six months.

Rosengart, Spears’ attorney, did not immediately respond to a Law&Crime request for comment, but we will update this story if we receive a response.