Anti-Biden N.C. Man Behind Fake Bomb Threat in D.C. Charged with Threatening to Use Weapon of Mass Destruction and Explosives 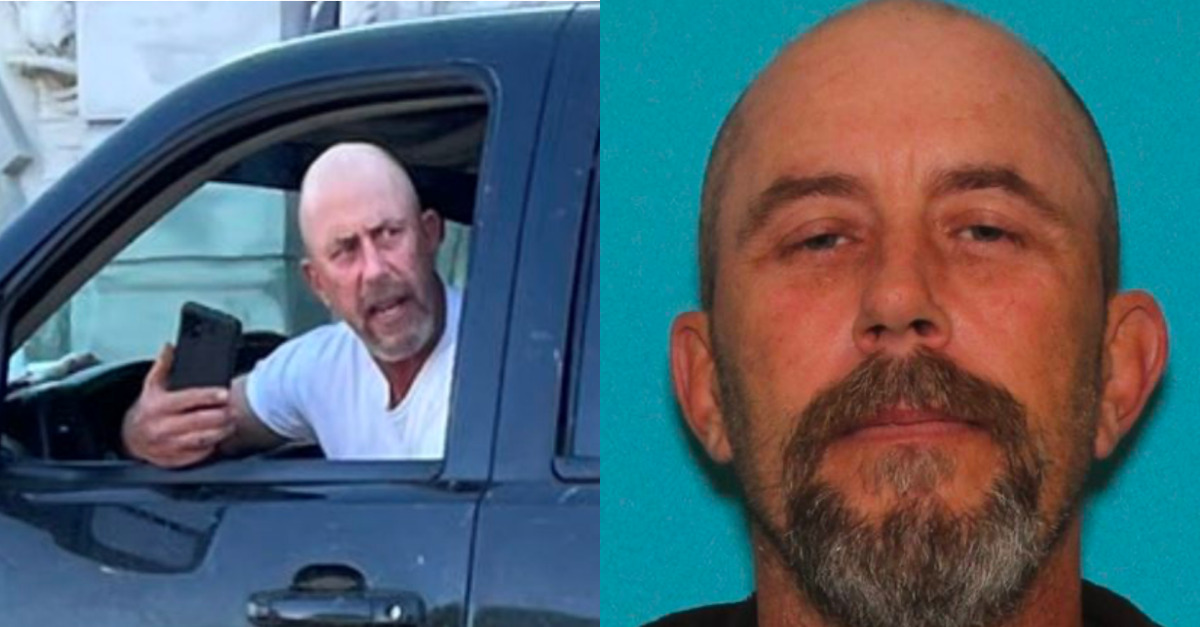 Floyd Ray Roseberry, 49, of North Carolina has been charged with multiple crimes by federal prosecutors in Washington, D.C. over the Thursday morning bomb threat incident at the U.S. Library of Congress.

The defendant is alleged to have driven his truck onto the public sidewalk in front of the library whereafter he claimed to have a bomb in his possession. This alleged show of force and threat of force prompted a standoff with U.S. Capitol Police that went into the late afternoon. By 4:30 p.m. EST, police noted that the truck had been “cleared” and that previous travel restrictions were no longer in effect.

As it turned out, there was, in fact, not a bomb.

According to federal prosecutors, Roseberry “had reportedly claimed to have a bomb and a detonator in his possession” and FBI agents responded to assist police with the threat by 9:45 a.m.

The defendant “was located inside of a black Chevrolet pick-up truck with no license plates that was parked at First Street and Independence Avenue, Northeast, in Washington, D.C., adjacent to the Jefferson Building of the Library of Commerce,” an eight-page criminal complaint and arrest warrant obtained by Law&Crime alleges–adding that Roseberry can be seen in an accompanying photograph where he “appears to be holding a cellular phone.”

FBI agents claim to have matched the photograph of the man in the truck with an image “obtained from a government database.”

Investigators also cited a Facebook account, alleged to belong to the defendant, and accompanying livestream video where Roseberry allegedly made several politically-charged statements.

One such statement cited in the document is as follows:

Sir, this thing here, all I’m doing, I’m not gonna let this bomb go off, but if these windows break, see that little speaker right there, it sets off on decimals. Clear the block, clear the block. Joe Biden I’m not hurting nobody, but I think these flags need to go to half-staff brotha’. I’m telling you, my windows pop, this bomb is gonna go, it’s made for decimals. Your military experts, that you let get their legs blown off, are the ones that built this and if you don’t think it’s real gun powder in their boss man, there’s gun powder in there this is some of the strongest shit you can get. I got two and a half pound of tannerite. Go ahead and get ‘em all in the building, but I’m telling you Biden, if these windows pop this bomb goes and there’s five of ‘em here.

“We here,” the defendant allegedly says in another portion of the livestream cited by the feds. “The fucking revolution starts today Joe Biden. And before you go crackin’ any pop on me, you better get your military experts out, ask them motherfuckers what a 7 pound keg of gun powder will do with 2.5 pound of tannerite on that motherfucker.”

Tannerite is a brand name of incendiary explosive primarily and historically used for firearms practice. It has recently become popular with expecting parents who are enthusiastic about revealing the biological sex of their unborn children (such ceremonies have occasionally had disastrous consequences).

In another statement cited by law enforcement, however, Roseberry allegedly says he has a “tool box” which is “full” of “ammonium nitrate,” a component ingredient of officially-licensed Tannerite.

Authorities allege that Roseberry “was observed holding an old metal can that appeared to have been fashioned into an explosive device” in video from Thursday morning.

“After Roseberry’s arrest, the can that Roseberry was observed holding was recovered in the front seat of the truck,” the court documents allege. “The can was old and rusted and had approximately 1 – 2” of an unknown powder in the bottom of it. A fabricated trigger was attached to the top of the can. The can was sent to an FBI laboratory for further examination.”

If convicted as charged, Roseberry faces the prospect of life in prison–though such a lengthy sentence is exceedingly unlikely.

During an initial appearance before U.S. Magistrate Judge Zia M. Faruqui the defendant was ordered detained pending a competency evaluation.

According to Inner City Press, during his brief appearance, Roseberry, fighting back tears, said that he had not been receiving his medication recently and that this had likely made things worse for him.