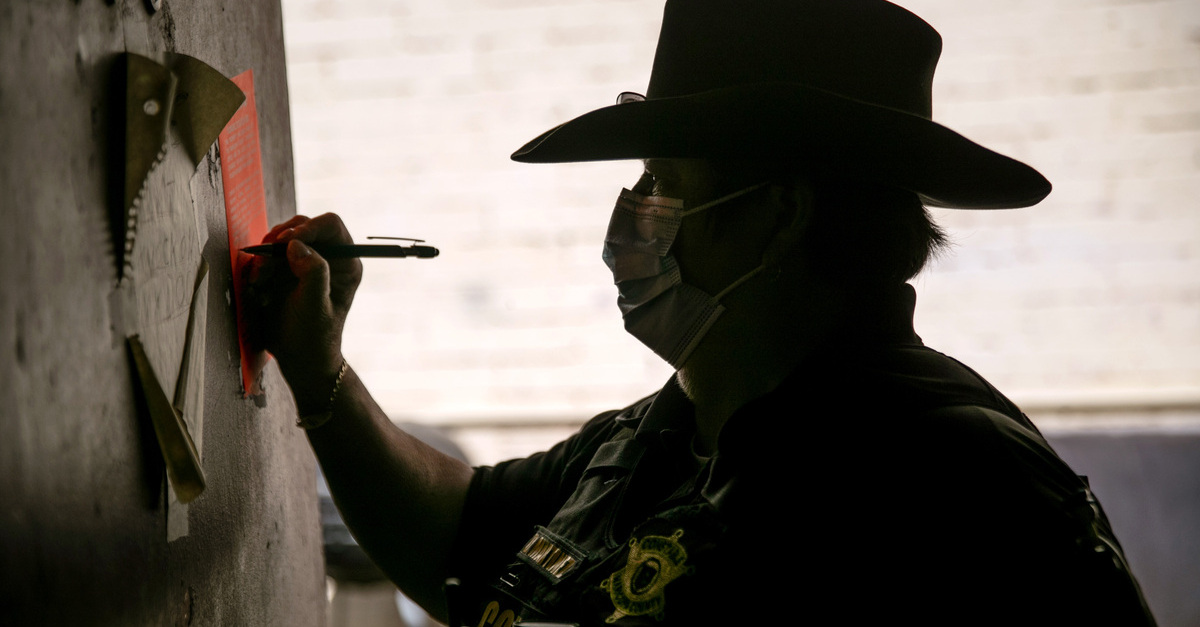 A week after one Donald Trump-appointed federal judge allowed the Biden administration’s eviction moratorium to resume, another from the court of appeals joined a unanimous three-judge panel in refusing to block the emergency measure.

The development potentially tees up another anticipated Supreme Court battle pitting a coalition of realtors, landlords and management companies—led by the Alabama Association of Realtors—against President Joe Biden’s administration.

“On June 2, 2021, this court denied a previous motion to vacate the stay imposed by the district court,” U.S. Circuit Court Judges Cornelia Pillard, Neomi Rao, and Ketanji Brown Jackson noted in a single-page order. “The district court has since denied plaintiffs’ emergency motion to vacate the stay pending appeal. In view of that decision and on the record before us, we likewise deny the emergency motion directed to this court.”

The record before the U.S. Court of Appeals for the D.C. Circuit showed that the eviction moratorium may stand on shaky legal ground, but that appears to be a matter for the Supreme Court to decide.

That was the crux of the ruling by Trump-appointed U.S. District Judge Dabney Friedrich, who blocked an earlier iteration of the eviction moratorium. Friedrich allowed its later iteration to continue because, in her words: “The court’s hands are tied.”

The D.C. Circuit tied Friedrich’s hands by staying her earlier ruling from this past May, which characterized the eviction moratorium as an unconstitutional power grab. The Supreme Court initially declined to intervene from there because, in the words of Justice Brett Kavanaugh, the “CDC plans to end the moratorium in only a few weeks.”

That never happened, following public outcry and protest in front of the U.S. Capitol by Rep. Cori Bush (D-Mo.) and others. The realtors accused the Centers for Disease Control and Prevention of truckling to a “tidal wave of political pressure.”

Judge Friedrich noted that the realtors would likely find relief from the Supreme Court, currently helmed by a majority of GOP-appointed justices.

“It is true that the Supreme Court’s recent decision in this case strongly suggests that the CDC is unlikely to succeed on the merits,” the judge noted. “Four Supreme Court Justices voted to vacate the stay, ‘an action which would have been improbable if not impossible had the government, as the stay applicant, . . . made a strong showing that it was likely to succeed on the merits.’”

Department of Justice attorney Brian Netter previously justified extending the eviction moratorium, even in the face of certain resistance and likely Supreme Court defeat, on the changing circumstances in the fight against COVID-19.

“We are here today because of the delta variant, because cases increased seven-fold,” Netter told a federal judge earlier this month, adding later that the world is in a “new chapter” of the pandemic.

It’s unclear if or when the realtors group will petition the Supreme Court directly. A lawyer for the realtors did not immediately respond to an email requesting comment.

Read the D.C. Circuit order below: