What is a Perjury Trap? | Law & Crime

Perjury Traps Are Real, But They’re Not What Team Trump Says They Are 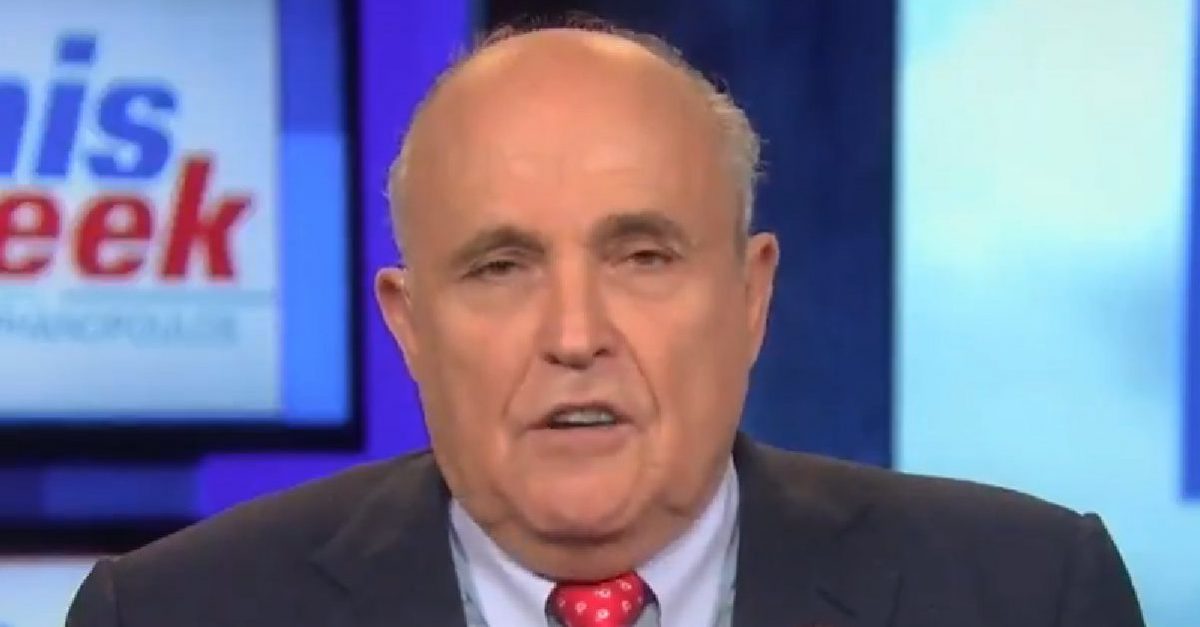 President Donald Trump and his legal team that includes Rudy Giuliani have been very careful with how they deal with Special Counsel Robert Mueller‘s office. Mueller has been wanting to sit down with Trump for quite some time, and after much equivocating, the president declined, agreeing only to provide written answers to certain questions and not others.

Trump and Giuliani have claimed that they are exercising caution because they don’t want to give Mueller and his team of prosecutors the opportunity to snare Trump in a “perjury trap.” The phrase has come up repeatedly from those on Trump’s side of the investigation, recently from right-wing author Jerome Corsi, who backed out of plea negotiations for allegedly making false statements to investigators.

So are perjury traps real? If so, what are they?

According to former federal prosecutors, they are indeed real tactics employed by prosecutors, but they are not at all what those on Team Trump would have you believe.

Randall Eliason, who is currently a law professor at George Washington University, described a perjury trap in an NPR interview as when “the prosecutor calls you in to testify not because they’ve got some legitimate investigative reason to have you testify but simply to try to sort of trick you or trap you into some kind of a lie that they could then charge you with.”

In other words, perjury traps have to do with calling irrelevant witnesses, not one who is a central figure in an investigation, as Trump is for the probe into Russian election interference and Trump’s own possible obstruction of justice.

Former federal prosecutor and current MSNBC legal analyst Daniel Goldman made the same characterization, saying in an August 2018 article for NYU Law’s Brennan Center for Justice that the term does not apply to Trump’s situation.

“Giuliani doubtless knows this, but he and his client believe the media war is more important than the legal one,” Goldman said.

What Giuliani and Trump are trying to do is create the impression that Mueller and his team would somehow nefariously trick someone who intends to be open and honest into lying.

“Saying this is a perjury trap is like saying driving a car is a speeding trap,” Eliason said. “I mean, you get behind the wheel, it gives you the opportunity to speed and break the law, but you still have to choose to do that. And all you have to do to stay out of trouble is abide by the law.”

Alternatively, Trump and Giuliani may claim concern that Mueller might twist Trump’s words into something that they claim was a lie but really wasn’t.

This possibility is highly unlikely, according to Goldman, because “prosecutors never base charges solely on the word of one witness — that is simply not how federal prosecutions work.”

In order for prosecutors like Mueller to charge someone with perjury or providing false statements, they rely on documents and/or other witness testimony to support their allegations. This idea is particularly relevant in light of Michael Cohen’s recent guilty plea for providing false statements to Congress. He admitted to lying about certain details regarding negotiations with the Russian government for a Trump real estate deal in Moscow. According to what Goldman said, this means that Mueller would likely have had more evidence than just Cohen’s own admission.

If Trump’s written responses contradict Cohen’s version of events, Mueller would probably have additional evidence to show that Trump lied.

That’s a big if, as we have no idea what Trump said in his answers. Still, this means that if Trump gets hit with perjury allegations, it would be based on evidence, not a trap.