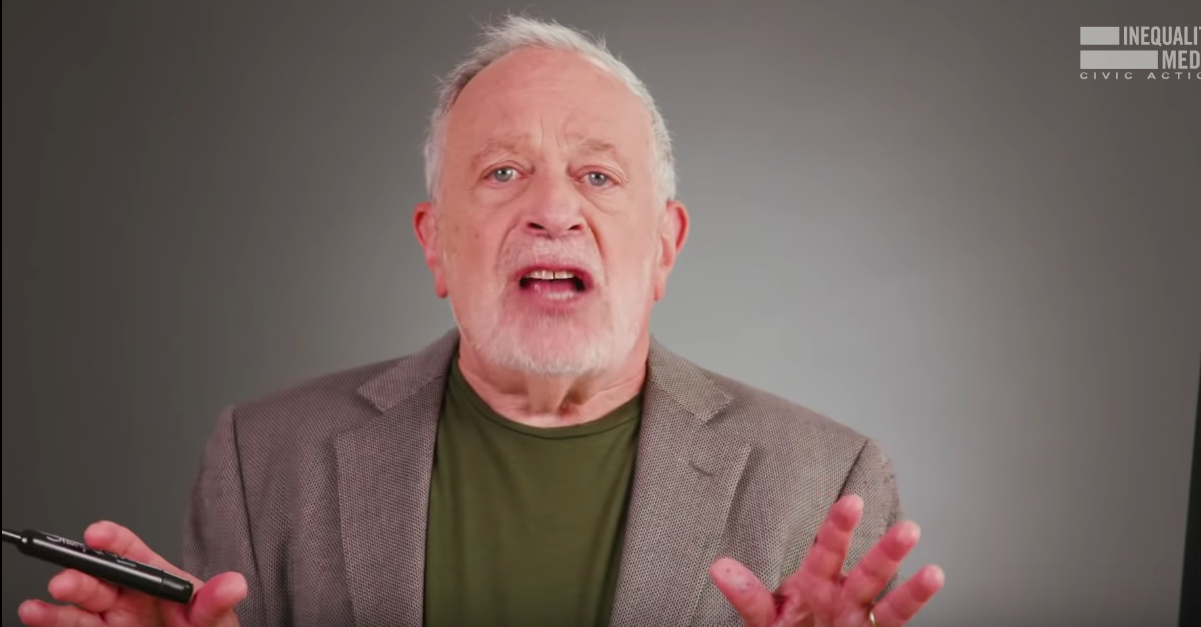 UC Berkeley Chancellor’s Professor of Public Policy Robert Reich has served in three different presidential administrations, authored multiple best-selling books, created an award winning documentary, and is widely regarded as one of the nation’s most prominent scholars on American governance. But in an op-ed calling for President Donald Trump’s impeachment, the former labor secretary based his argument on an incorrect reading of the U.S. Constitution, legal scholars said.

“Article II, section 2 of the constitution gives a president the power to pardon anyone who has been convicted of offenses against the United States, with one exception: ‘in Cases of Impeachment,’” Reich wrote.

But Reich, who earned his JD from Yale Law before predominantly working as an economist, then repeated a commonly held misconception about the impeachment exception to the president’s pardon power.

“If Trump is impeached by the House, he can never be pardoned for these crimes,” Reich erroneously claimed. “He cannot pardon himself […] and he cannot be pardoned by a future president. Even if a subsequent president wanted to pardon Trump in the interest of, say, domestic tranquility, she could not.”

But this flies in the face of more than a century of legal precedent. According to the Supreme Court’s decision in the 1866 landmark case Ex parte Garland, which has remained legally binding for over 150 years, a president’s pardoning power is “unlimited” insofar as it applies to “every offense known to the law.”

The Court explained that the authority “extends to every offence known to the law, and may be exercised at any time after its commission, either before legal proceedings are taken or during their pendency, or after conviction and judgment,” and that such power “is not subject to legislative control”:

Then What Is The Impeachment Exception?

The impeachment exception in Article II has no bearing on criminal proceedings – it only precludes a president from reversing the legislature’s decision to impeach and remove a federal employee from their position in the federal government.

“There is only this limitation to [a presidential pardon’s] operation: it does not restore offices forfeited, or property of interests vested in others in consequence of the conviction and judgment,” the Court wrote in Garland.

It may be simpler to consider a hypotheical scenario in which a sitting Supreme Court Justice is revealed to have committed federal tax fraud. The DOJ indicts the Justice and Congress begins impeachment proceedings against them. By issuing a pardon, the president can halt the criminal proceedings against the Justice but he’s powerless to prevent the legislature from removing that Justice from the bench through impeachment.

Oh this is so wrong, it's painful.
He is just making stuff up. I assumed he was an economist, not a lawyer… but he has a law degree!
A Yale JD.@YPractitioners is going to love this.

Professor Kalt then provided a brief explanation on how to properly understand the clause.

“[Reich] is badly wrong,” Kalt wrote. “The pardon power’s impeachment exception means that no president can use pardons to preempt or undo an impeachment or impeachment conviction. It does nothing—nothing!—to affect pardons relating to criminal prosecution for related offenses.”

@RBReich is badly wrong. The pardon power's impeachment exception means that no president can use pardons to preempt or undo an impeachment or impeachment conviction. It does nothing—nothing!—to affect pardons relating to criminal prosecution for related offenses. Ask any expert.

Essentially, the president has the authority to pardon away any past or impending conviction for a federal crime (although the power to self-pardon is still up for debate), but they cannot pardon away an impeachment. Kalt linked to a deeper explanation on pardon power.

The constraint on pardons in impeachment cases in A2/S2 derives from the limits of the Kings' pardon, which Blackstone explains here; in other words, the constraint is that a King's pardon cannot obstruct an impeachment by parliament (and by extension, Congress). pic.twitter.com/uz4yx96wTP

Kalt also called on Reich to retract his piece, arguing that leaving it in the public sphere would only further contribute to the misconceptions surrounding the highly political constitutional processes.

Good thread. @RBReich, you need to read this and retract your piece.

I used to think having arcane stuff like pardons and impeachment in the news would improve public understanding. But the current political/media environment is such that it sometimes just makes people dumber. https://t.co/uX7IgfohBh