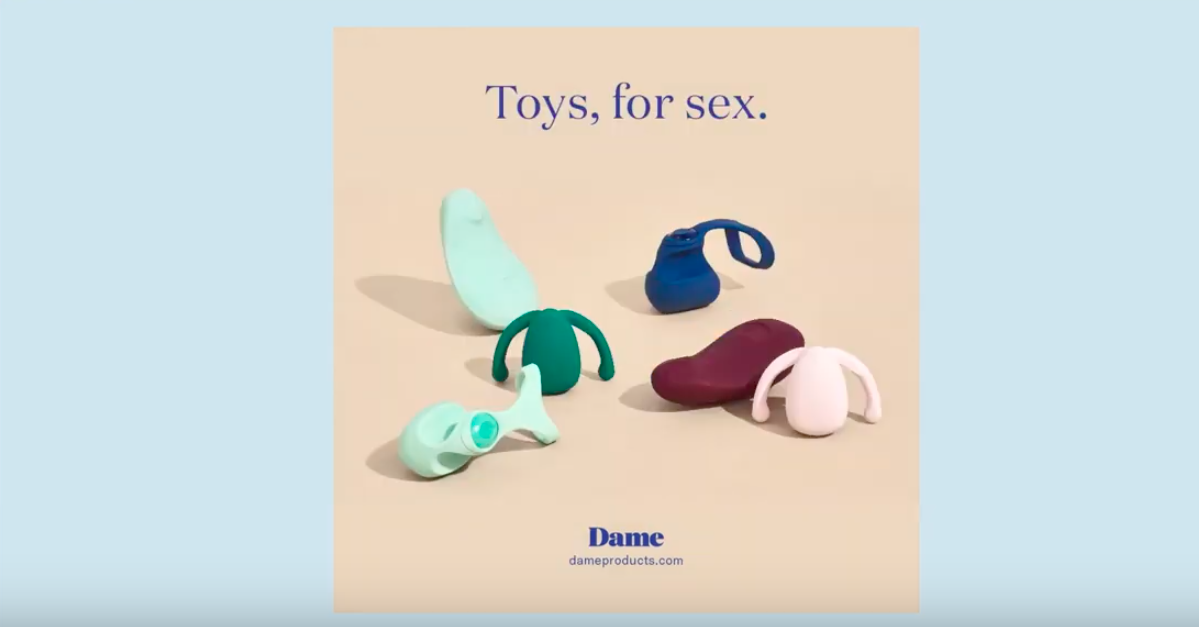 In its complaint, Dame said that it contacted the MTA for the purpose of purchasing advertising space in subway cars in July 2018, that the company received a preliminary approval in September, and submitted final ads in November. Dame also claims that Outfront Media, the MTA’s advertising contractor, allegedly told the company that that MTA had “no rejections” to the company’s two submitted ads.

Dame said it spent roughly $150,000 to develop and revise the ad campaign, which it had been led to believe would be approved.

“We didn’t hear a peep until after Thanksgiving, three weeks later. Our campaign was rejected. The MTA cited its own ‘updated guidelines’ preventing ‘sexually oriented’ businesses from advertising,” the company wrote on its website. “This made us wonder: Why are pharmaceutical and supplement companies like Hims, Hers, and Welleco allowed to advertise on the subway?”

Dame responded with Tuesday’s lawsuit, which claimed that the MTA could not justify rejecting its ads, particularly when it has “previously welcomed advertisements that celebrate human sexuality and openly discuss sexual health and function- not to mention advertisements that use sexual imagery or explicit text to sell consumer goods.”

Dame’s filed complaint included photos of the company’s submitted ads, which depicted pictures of smooth amorphous objects of different colors with phrases such as, “Toys, for sex” and “You come first.” The company then contrasts its rejected ads with pictures of already-approved MTA ads containing very explicit sexual imagery. As examples, the complaint includes an advertisement depicting a phallic cacti with the caption “hard made easy” for erectile disfunction medication and a close up image of large, scantily-clad women’s cleavage for a breast augmentation advertisement.

Dame argued that the MTA’s decision was objectively sexist.

“The MTA’s decision to reject Dame’s advertisement reflects no legitimate principle of law. Instead, it reveals the MTA’s sexism, its decision to privilege male interests in its advertising choices, and its fundamental misunderstanding of Dame’s products, which have transformed the sexual health and wellness of more than 100,000 consumers.”

Alexandra Fine, Dame’s co-founder and CEO, told Law&Crime that Tuesday’s lawsuit was about more than just the MTA’s disparate application of its advertisement policy.

“This lawsuit is important because it is necessary for us to change society misconception of vibrators and sexual pleasure as harmful when in truth, not reminding individuals that sex SHOULD be pleasurable – is harmful,” she wrote via email.

“The vague and sexist reasons behind the MTA’s refusal to show our ads are not only barring many businesses like ours from growing their companies, but their censorship is a violation of first amendment rights. Advertisements are hugely influential to our culture and we want to stand up for the needs and desires of vulva-havers everywhere.”

Dame’s complaint called for an injunction–which would allow Dame to display its ads on MTA property–and sought to void the MTA’s prohibition on ads promoting a “sexually oriented business” due to its “vagueness.” It also asked for unspecified compensatory damages.