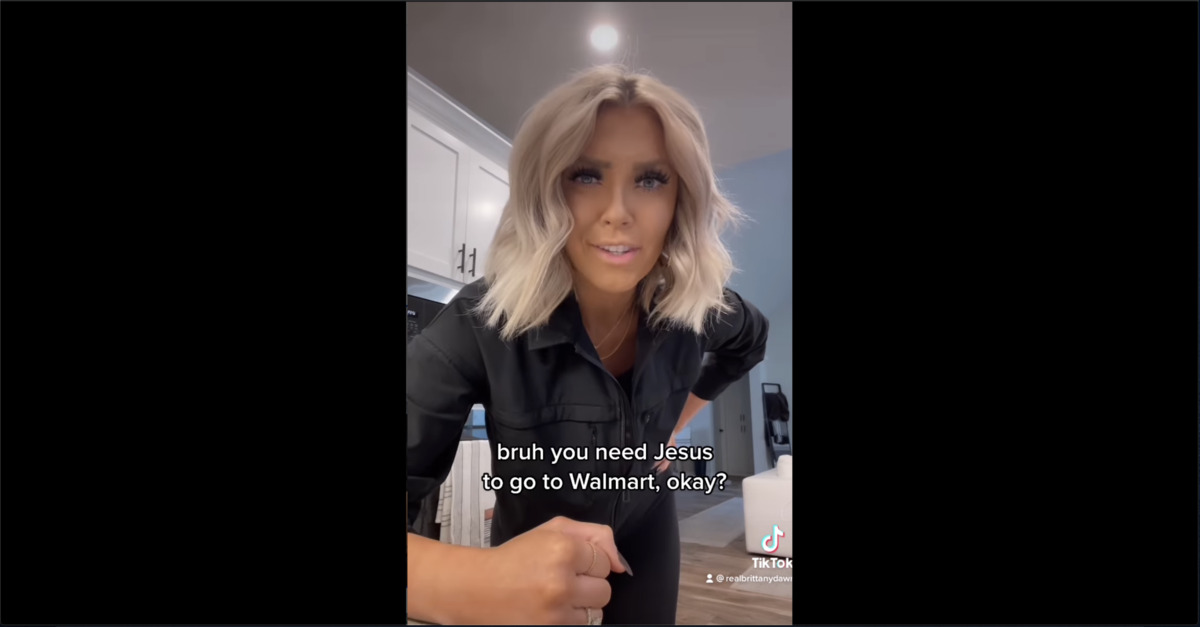 A self-described “Jesus seeker,” “Kingdom chaser,” “wifey,” and “founder,” from Fort Worth, Texas is being sued by the state’s attorney general for allegedly violating consumer protection laws by selling online fitness packages that promised for more than delivered.

The filing notes additional purchases that could be made:

The bdwanfit.com website also offered “Macro Consult” which included one recalculation of the consumer’s personalized macronutrients after the initial assessment. Defendants also offered specialized bridal or bikini competition fitness plans that included daily text/email check-ins. self-guided training plan for $45.00—a fraction of the cost of the fitness plans with individualized macros and training—and e-books on nutrition…

“However, the online nutrition and fitness plans delivered to consumers were not individualized,” Texas Attorney General Ken Paxton (R) alleges. “Defendants also failed to provide the promised coaching and check-ins. Defendants largely ignored consumer complaints or, if they did respond, offered only partial refunds.”

On Feb. 12, 2019, The Dallas Morning News published a story detailing numerous complaints about the business. In that story, Davis was accused of serially ignoring consumers. deleting critical comments online on various platforms and even blocking her own followers.

On Feb. 13, 2019, Davis appeared on Good Morning America and addressed the controversy. She also posted an Instagram mea culpa.

“I have started the process of making things good with the help of strong-minded business advisers,” Davis said in a video posted to the social media site. “There are no longer any NDAs, no blocking, deleting comments, nothing of that nature. No excuses. I’m done hiding.”

Davis also took down her website that month. And though the broader site is currently active again, users can no longer purchase plans.

The filing allegedly documents numerous individual complaints made about the products users received from Davis over the years.

“One consumer who purchased [the] ’90-day Individualized Macro Training Plan’ received one email back from Ms. Davis after her initial check-in,” the lawsuit alleges. “No further coaching nor adjustments were offered or made. Another consumer who had purchased ’90-day Individualized Macro Training Plan’ stopped receiving any contact from Ms. Davis after the first two weeks. Still other consumers complained that any responses they did receive, if even initially to detailed check-in or specific question, were generic and non-substantive, e.g., ‘THAT’S MY GIRL! You’re killing it!’ or ‘you’ve got this babe!'”

Additionally, the lawsuit alleges that Davis “misled” customers with eating disorders. In one instance, she allegedly offered a customer a plan featuring “cardio exercises and low-calorie macronutrient suggestions that would only be suitable for someone who needed to lose weight, not put it on,” according to Paxton. And, in another alleged case, Davis allegedly sent a customer a plan with a “calorie intake significantly lower than what the consumer, who needed to gain weight, had reported.”

Texas also claims Davis “charged consumers shipping fee, even though the nutrition and fitness plans were emailed, incurring no mailing or shipping fees.”

Law&Crime reached out to Davis for comment on this story via email and Instagram but no response was immediately forthcoming at the time of publication.