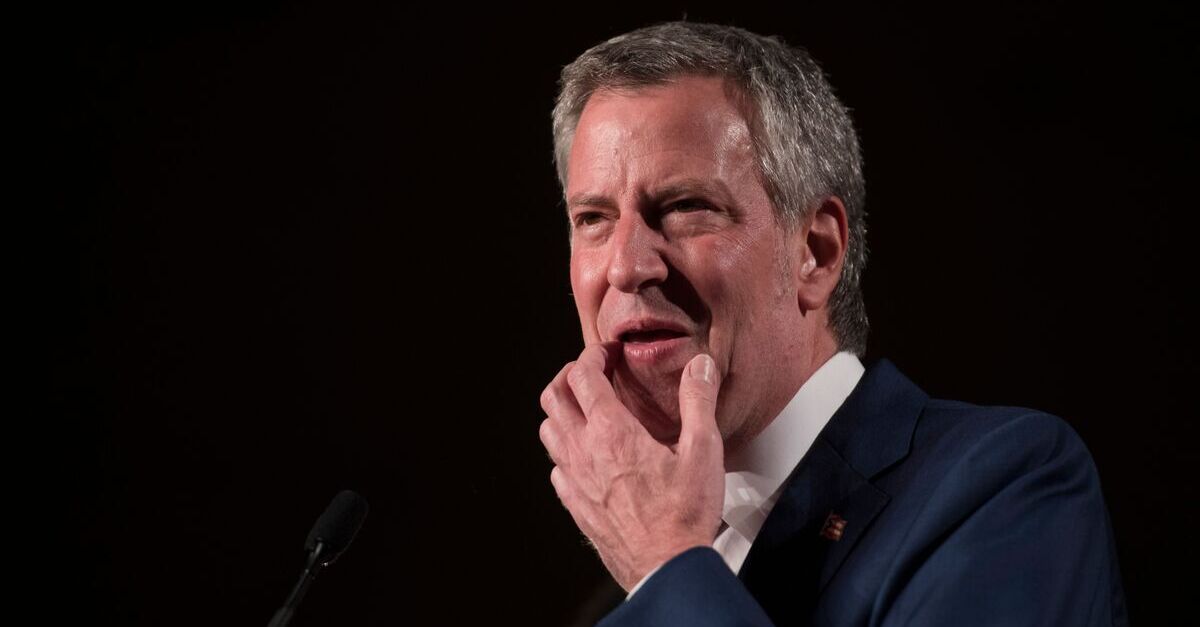 Filed in Richmond County Supreme Court (a court of original instance in the New York court system), the lawsuit refers to the mayor’s Executive Order 225 as “arbitrary, irrational, unscientific, and unlawful.”

The filing also appears to dismiss the notion that the “so-called ‘Delta Variant'” actually exists and alleges the vaccine mandate is only “putatively” intended “to curb the spread of Covid-19.”

The plaintiffs are led by the Independent Restaurant Owners Association Rescue but also include a personal trainer and judo studio. They collectively say the new mandate will “severely impact Plaintiff-Petitioner’s business, life savings, and livelihood” and are asking the Empire State’s equivalent of a superior court to issue “a permanent injunction against NYC Executive Order 225 to prevent such damage from occurring.”

The order itself provides that “a covered entity shall not permit a patron, full- or part-time employee, intern, volunteer, or contractor to enter a covered premises without displaying proof of vaccination and identification bearing the same identifying information as the proof of vaccination.” The new rules went into effect on Aug. 17.

In its 18-page filing, IROAR and the other plaintiffs ask the court to issue a permanent injunction based on two causes of action.

The business owners say the order is “arbitrary and capricious due to the fact that it targets certain establishments but not others with no rational [sic] what so ever [sic].”

An example cited by the filing notes that New York State data shows “contact at bars and restaurants account for only a miniscule [sic] 1.4% of the state’s Covid-19 infection” while “almost 75% (three quarters) of New York’s infections are being spread through social gatherings inside people’s homes, where there is more physical contact and social distance rules tend not to be followed.”

The plaintiffs also argue the new vaccine mandate is unfair because it exempts “grocery stores, pharmacies, hair salons, churches, office buildings, schools, [and] healthcare facilities,” which they allege is proof of the order’s “arbitrariness.”

“It is also an uncontested fact that unvaccinated and vaccinated individuals can both contract Covid-19 and the so called [sic] ‘Delta’ variant, further illustrating the arbitrariness of this Executive Order,” the filing goes on. “Despite this massive disparity and the minimal number of infections being caused, Mayor De Blasio is still mandating people be vaccinated and show proof of such to participate in everyday society.”

The business owners also want a judge to block the mandate because it “makes no exception and grants no accomodations [sic] for individuals” who “cannot, or should not, be vaccinated.”

This claim relies upon the notion that formerly sick individuals now have natural antibodies that will protect them from COVID-19 and cites the Centers for Disease Control and Prevention’s “Interim Guidelines for COVID-19 Antibody Testing” finding that “antibody development following infection likely confers some degree of immunity from subsequent infection for at least 6 months,”

But the lawsuit leaves out the following sentence in the cited article which states: “However, it is not known to what extent emerging viral variants may impact immunity from subsequent infection.”

A current FAQ section on the CDC website notes:

[Y]ou should be vaccinated regardless of whether you already had COVID-19. That’s because experts do not yet know how long you are protected from getting sick again after recovering from COVID-19. Even if you have already recovered from COVID-19, it is possible—although rare—that you could be infected with the virus that causes COVID-19 again. Studies have shown that vaccination provides a strong boost in protection in people who have recovered from COVID-19.

The second cause of action also says that people with certain pre-existing conditions like HIV and Bell’s Palsy might be at increased risk from taking the the various vaccines available to combat COVID-19.

“Given the fact that there is still not enough known about the effects of the vaccine on so many pre-existing conditions, the decision to get the vaccine should ultimately lie with the individual and his doctor, who knows that persons complete medical history, rather than a politician,” the lawsuit argues.

Additionally, the lawsuit claims that the vaccine mandate infringes on people’s First Amendment right to freely practice their religion.

“It is against certain religious beliefs to inject a relatively unknown foreign substance into ones body,” the lawsuit notes. “By mandating such a thing, the Mayor is essentially violating people freedom of religion. Also, by mandating all employees of certain establishments to be vaccinated while knowing in [sic] is against certain groups religious beliefs, an argument could be made that the Mayor is in essence forcing employers to violate Title VII of the Civil Rights Act of 1964 which states in relevant part ‘It shall be an unlawful employment practice for an employer to . . . discriminate against any individual with respect to his . . . religion.'”

Law&Crime reached out to the City of New York for comment on this article but no response was forthcoming at the time of publication.