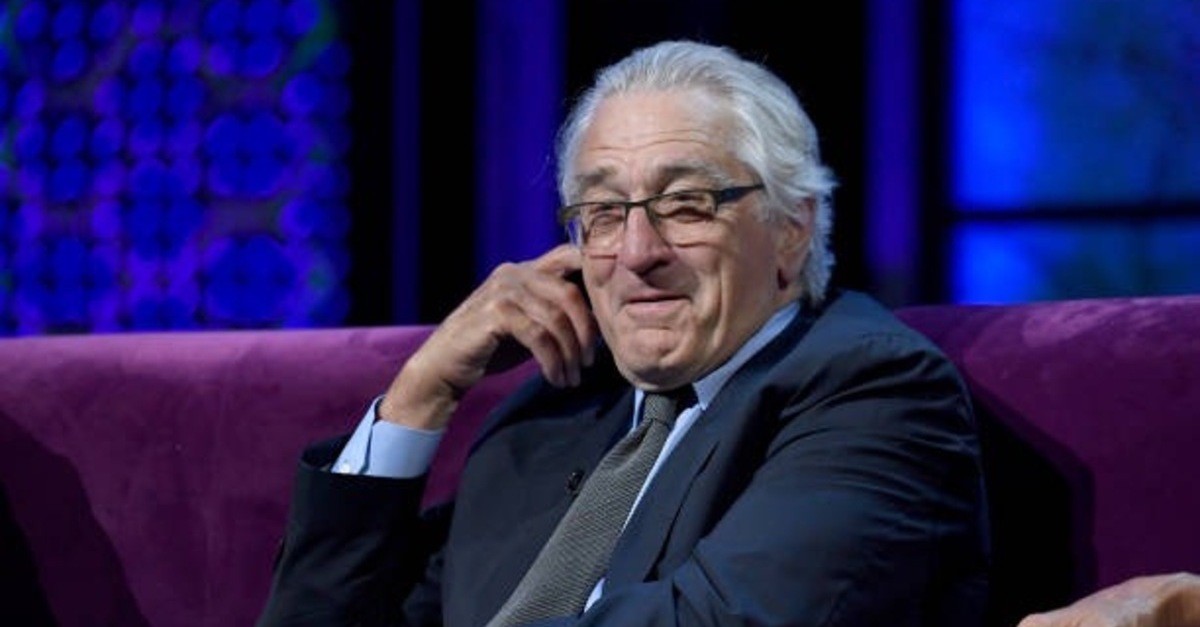 Legendary actor Robert De Niro is allegedly an abusive sexist in the workplace, according to a lawsuit filed Thursday.

Graham Chase Robinson worked for De Niro at Canal Productions from 2008 until this past April. She rose through the ranks as an executive assistant there until attaining the role of vice president of production and finance. But finally something snapped.

According to the lawsuit filed in the Southern District of New York (SDNY) for gender discrimination and wage violations, De Niro subjected Robinson to “gratuitous unwanted physical contact” and made “sexually-charged comments to her.”

And after years worth of stress and strain from such unwanted attention and gender-based abuse, Robinson claims she was eventually “forced to resign.”

“Robert De Niro is someone who has clung to old mores. He does not accept the idea that men should treat women as equals,” the lawsuit alleges. “He does not care that gender discrimination in the workplace violates the law. Ms. Robinson is a casualty of this attitude.”

Thursday’s petition also contains a link which purports to contain audio of the Oscar-winning actor berating Robinson via voicemail for the perceived slight of not picking up her phone.

The voice on the audio angrily says:

You fucking don’t answer my calls? How dare you! You’re about to be fired. You’re fucking history.

Some of the more shocking allegations in the lawsuit claim that De Niro called Robinson a “bitch” and a “brat” while treating her like his “office wife” who he forced to perform “stereotypically female duties, like housework.”

Other allegations border on the lurid and profane.

De Niro allegedly audibly “urinated during telephone calls” with Robinson and took meetings wearing only “pajamas or a bathrobe.” The one-time Canal executive also alleges she had to endure jokes from De Niro about his viagra use and that he asked her to “imagine him on the toilet.”

“De Niro suggested that Ms. Robinson could get pregnant using sperm from her (married) male co-worker,” the complaint adds.

“De Niro would direct Ms. Robinson to scratch his back, button his ties and prod him awake when he was in bed,” the lawsuit continues. “De Niro also stood idly by while his friend slapped Ms. Robinson on her buttocks.”

And all the while, Robinson insists, she was being underpaid by Canal and De Niro—and denied overtime for her labor as well.

The allegations against the beloved entertainer are not strictly out of the blue, however, as De Niro and his production company sued Robinson for $6 million in August of this year—claiming she was a cash thief who also pilfered the company’s frequent flyer miles before quitting.

Robinson claims that lawsuit against her was simply preemptive retaliation.

“De Niro was enraged at the prospect of Ms. Robinson bringing a lawsuit challenging his behavior,” the lawsuit alleges. “So, he retaliated and struck first.”

Law&Crime reached out to representatives with Canal Productions for comment on this story but no response was forthcoming at the time of publication.