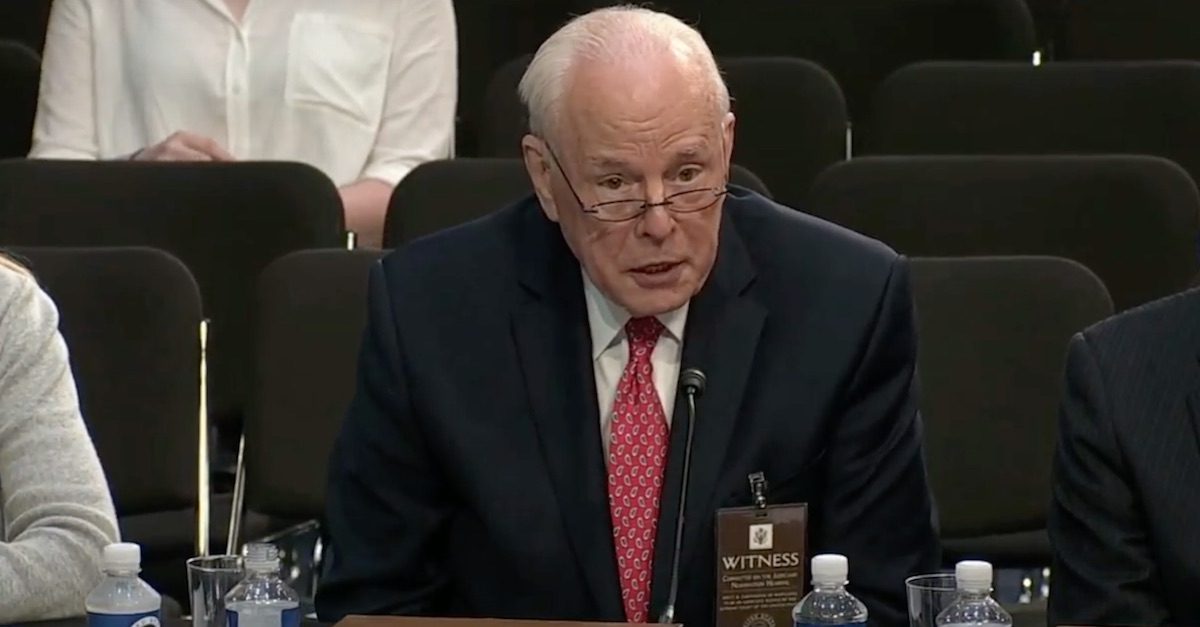 Speaking to reporters from the White House lawn on Thursday, President Donald Trump once again called on a foreign nation to intervene in U.S. presidential politics, this time saying he may call upon China’s President Xi Jinping to investigate Joe Biden and Hunter Biden.

Though Trump’s statement is widely seen as a strategic maneuver to further muddy the waters around his penchant for soliciting political assistance from foreign nations, legal experts immediately pointed out that part of executing that strategy involved Trump breaking the law in plain sight.

“URGENT: Trump wants to end America sovereignty by allowing foreign governments to help him win. It is against the law and 230 years of practice,” Dean Tweeted. “He wants American voters to choose elected leaders beholden to foreign powers, not Americans. The act of a dictator!,” he added.

Dean also brought up the immense hypocrisy of Trump asking foreign nations to investigate the children of his political rivals.

“Do Trump and the GOP want Biden, Bernie and Elizabeth to call on all foreign countries to provide dirt on Trump and his kid? His new tactic with NO RULE OF LAW can’t be a one way activity. So, 2020 is an election with no rules? That what Trump wants! ABSURD!!,” Dean wrote.

“So now Trump is openly asking CHINA to go after the Bidens!,” Tribe Tweeted. “He’s poking the nation in the eye and daring us to hold him accountable for repeatedly violating American law and sovereignty. We have no choice but to remove him if we want to preserve our country.”

“Trump just committed a felony violation of law by soliciting something of value in connection with a US election from a foreign government on national TV. 52 U.S. Code § 30121. Violating the law isn’t necessary for Impeachment but it certainly warrants it,” Vance wrote (including a citation to a statute).

She then explained how previously documented accounts of similar behavior render Trump’s conduct here even more culpable than in earlier instances of his requests for foreign assistance.

“The statute requires knowledge your conduct is a crime. After the Mueller investigation, there’s no way Trump was unaware this violates the law. Ukraine/China can you hear me is even worse than Russia, if that’s possible, because it comes from a sitting president,” she wrote.