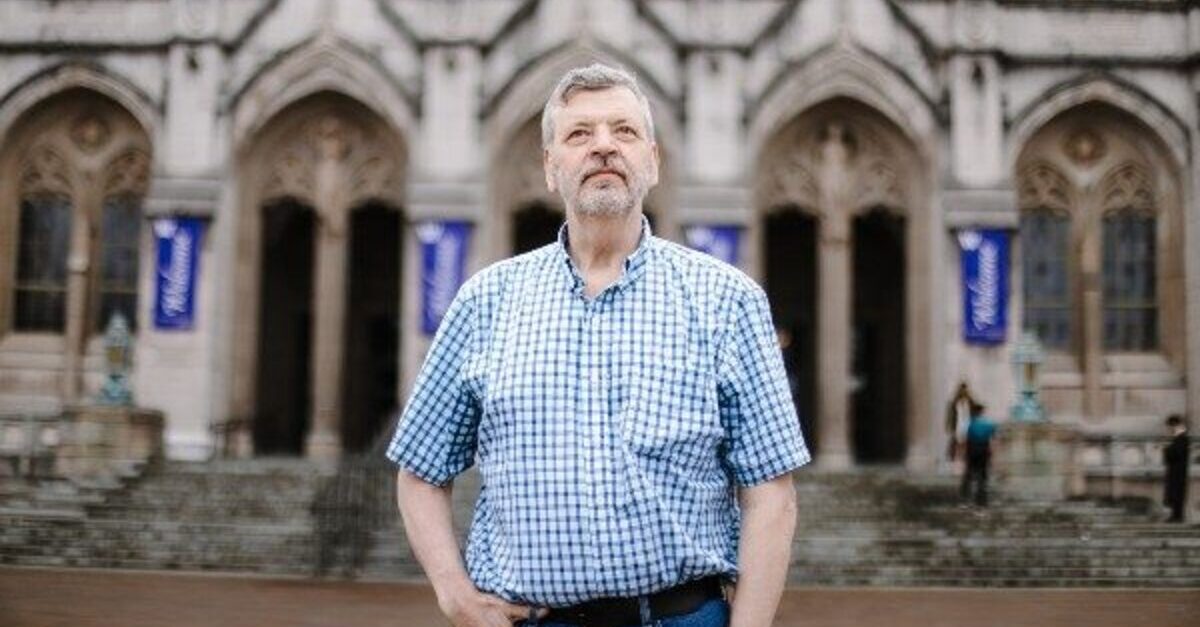 A professor is suing University of Washington officials over the school’s land acknowledgement policy on First Amendment grounds.

In a 34-page lawsuit, Professor Stuart Reges claims that university administrators punished him when he pushed back against the policy by including a “dissenting statement” in his classroom syllabus.

According to the filing, the policy in question began in September 2020 when UW administrators “encouraged professors to include a statement on their syllabi recognizing that the land on which the University sits was once owned by indigenous people.”

The University of Washington acknowledges the Coast Salish peoples of this land, the land which touches the shared waters of all tribes and bands within the Suquamish, Tulalip and Muckleshoot nations.

In turn, Reges “included a dissenting statement on his syllabus which challenged his students and fellow faculty to think about the utility and performative nature of land acknowledgment statements,” the lawsuit says, noting that a professor’s syllabus is “an integral part of the teaching and construction of a college course.”

The dissenting land acknowledgment went on to say that indigenous people “can claim historical ownership of almost none of the land.” The lawsuit explains the computer science professor based his opinion on the philosophy of John Locke, specifically the “labor theory of property, under which ownership derives from improving the land.”

I acknowledge that by the labor theory of property the Coast Salish people can claim historical ownership of almost none of the land currently occupied by the University of Washington.

Reges said he was quickly admonished for his published opinion.

“On January 4, 2022, the day after Professor Reges’s Computer Science and Engineering 143 class met for the first time, Defendant [Magdalena] Balazinska, Director of the Allen School, sent Professor Reges an email ordering him to remove the statement from his syllabus because it was ‘offensive’ and created a ‘toxic environment.'”

The professor declined to do so, but instead replied with a question as to why administrators “allowed other faculty to include modified statements in their syllabi that were more consistent with the University’s recommended statement.” The implication, the lawsuit makes clear, is that “other faculty at the Allen School continue to include land acknowledgment statements in their syllabi that differ from the University’s own statement, so long as they express a viewpoint consistent with the University’s recommended version.”

After that, the lawsuit alleges, “Balazinska then unilaterally removed Professor Reges’s dissenting land acknowledgment statement from the syllabus as it appeared on the University’s class portal, an online site where students can find syllabi, class materials, and assignments.”

Students in Reges’ class were then emailed by the administrator, the lawsuit says, offering an apology for their professor’s “offensive” land acknowledgment opinion and advising them on “three ways students could file complaints against” him.

The university’s actions didn’t stop there.

The lawsuit takes stock of that “shadow” course, at length:

The Allen School assigned a different professor to instruct this “shadow” class section. During the Winter 2022 quarter, that professor instructed the class using recorded lectures instead of live class sessions…

Defendant Balazinska created the “shadow” Computer Science and Engineering 143 class section to punish Professor Reges for including his land acknowledgment statement in his syllabus.

Approximately 170 students out of over 500 students (or around 30% of Professor Reges’s class) switched to the new “shadow” class section.

Professor Reges continued teaching the other 70% of his students who remained in his class through the end of the Winter 2022 quarter without disruption or any other issues. He successfully administered the final exam and distributed grades.

Additionally, the lawsuit notes, a disciplinary committee is currently in the process of being assembled that intends “to consider whether to further punish or even terminate Professor Reges because of the views he expressed in his dissenting statement” based on alleged violations of various university policies.

The filing notes the locus of that inquiry:

Defendant Nancy Allbritton is the Dean of the College of Engineering at the University of Washington. She is charging Professor Reges with a disciplinary violation under Faculty Code Section 25-71, which governs alleged violations of University policy and empowers the Dean to file formal statements of charges that can lead to dismissal, reduction of salary, or suspension. Dean Allbritton is also assembling a faculty disciplinary committee that will review those charges. She is sued in both her official and individual capacities.

Again, the lawsuit at length:

As a direct and proximate cause of Defendants’ actions, Professor Reges has suffered irreparable injury, including being deprived of his constitutional rights to freedom of speech and due process.

Defendants’ actions—creating a “shadow” class and mounting a protracted investigation, which carries the threat of termination—constitute adverse actions that are “reasonably likely to deter” a reasonable employee from engaging in protected activity under the First Amendment.

Defendants’ adoption and enforcement of overbroad policies restricting faculty speech rights have caused Professor Reges and other University of Washington faculty and students not before this Court irreparable harm because the prohibition on “unacceptable” and “inappropriate” expression covers a broad universe of constitutionally protected expression judged in relation to its legitimate sweep—actionable harassment or retaliation, as properly legally defined. The policy chills both Professor Reges and other faculty from exercising their right to engage in expression on matters of public concern.

While still in his position at present and “able to teach” and “scheduled to teach his class,” Reges claims in his lawsuit that his current course schedule is “the lightest teaching load Professor Reges has ever been assigned.”

Reges is being represented by attorneys with the Foundation for Individual Rights and Expression, or FIRE, a nonprofit group that recently expanded its advocacy against what it calls “cancel culture” and “the campus free-speech problem.” He is suing under the First and Fourteenth Amendments and federal Civil Rights statutes and seeking declaratory and injunctive relief as well as damages and attorneys’ fees.

“It’s ironic that a university whose motto is ‘let there be light’ would shepherd students into a shadow course to shield them from a professor’s opinion, FIRE attorney Katlyn Patton said in a statement. “If UW encourages professors to take a political stance on their syllabi, it cannot punish those professors who diverge from the school’s pre-approved stance. At UW, the message to faculty is clear: Toe the party line or say goodbye to your students.”

In an email, UW held off on commenting about the lawsuit but insisted nothing constitutionally untoward had occurred.

“The University of Washington is reviewing the complaint,” UW spokesperson Michelle Ma told Law&Crime. “The university continues to assert that it hasn’t violated Stuart Reges’ First Amendment rights and we look forward to making that case in court.”