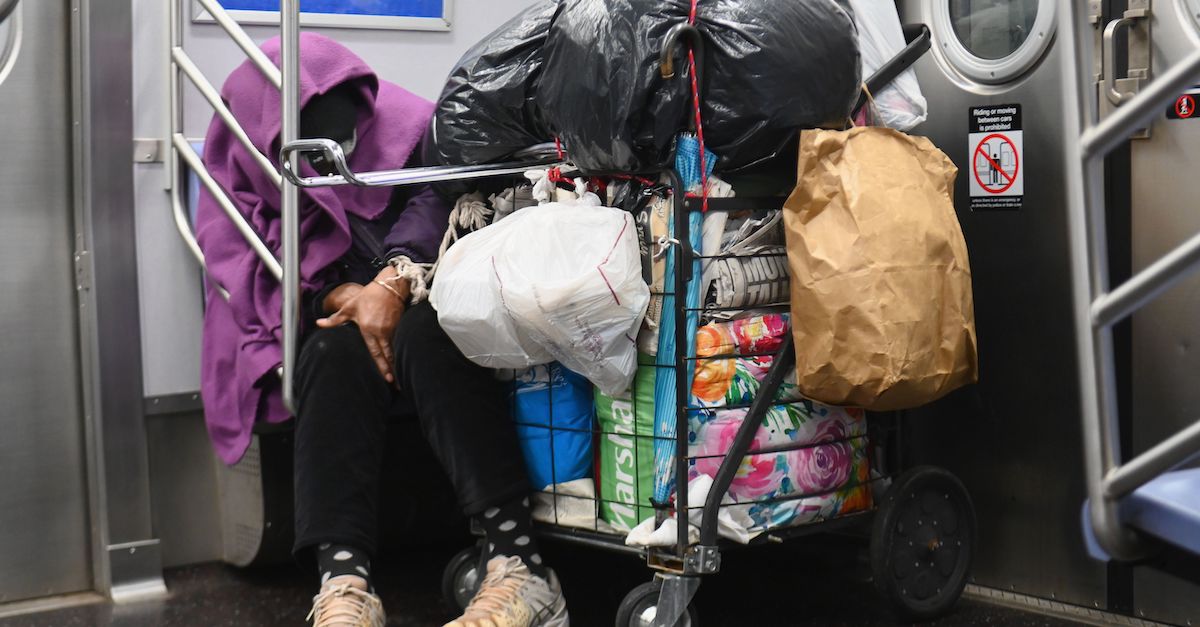 A homeless person sleeps in a subway train on April 29, 2020 in New York City.

New York City has an estimated 114,000 homeless children, many of whom have had to adapt to an age of virtual learning during the COVID-19 pandemic in shelters with no internet access.

That could change soon thanks to a federal ruling on Wednesday advancing a putative class action lawsuit that would force the city to connect these students online.

“Without internet connectivity, homeless students are deprived of the means to attend classes,” U.S. District Judge Alison Nathan wrote in a 10-page opinion. “And because homeless children who lack internet access and reside in New York City shelters cannot attend school for as long as that deprivation exists, the City bears a duty, under the statute, to furnish them with the means necessary for them to attend school.”

“Just like getting to brick and mortal schools requires reliable transportation, access to virtual school during the pandemic requires access to reliable internet,” the judge noted. “At the time this lawsuit was filed, however, almost none of the city’s homeless shelters housing school-aged children had broadband WiFi internet installed.”

Susan Horwitz, the supervising attorney of the Education Law Project at The Legal Aid Society, slammed the city’s efforts to delay the case’s advancement.

“It should come as no surprise that the city lacked any real legal basis to prevent this lawsuit from proceeding,” Horwitz wrote in an email. “Despite months of pushing the City to address the root cause of the problem, City Hall continues to advance ineffective solutions while families in shelters suffer. We look forward to seeing all shelters equipped with working WiFi, far in advance of the city’s stated goal of summer 2021.”

“The court’s decision indicates that the city has worked hard to provide internet connectivity to the plaintiffs and is continuing to do so,” Paolucci wrote in an email. “The city shifted to remote learning in the context of an unprecedented pandemic and we are working hard to address the needs of all students.”

The Department of Education initially contracted with T-Mobile to provide iPads equipped with unlimited cellular plans to indigent students, but that planned stumbled because that telecom’s service was unreliable or non-existent in many shelters, according to the ruling.

Investigating the problem in August, the city then replaced T-Mobile-serviced devices with Verizon and began exploring plans to equip shelters with WiFi service. De Blasio did not direct city shelters to get WiFi until Oct. 26, before the parents filed suit the next month.

Granting expedited discovery, Judge Nathan referred the matter to her magistrate with orders to prepare for an evidentiary hearing.

That hearing, like so many other public events during the COVID-19 pandemic, will be conducted remotely via videoconferencing software.