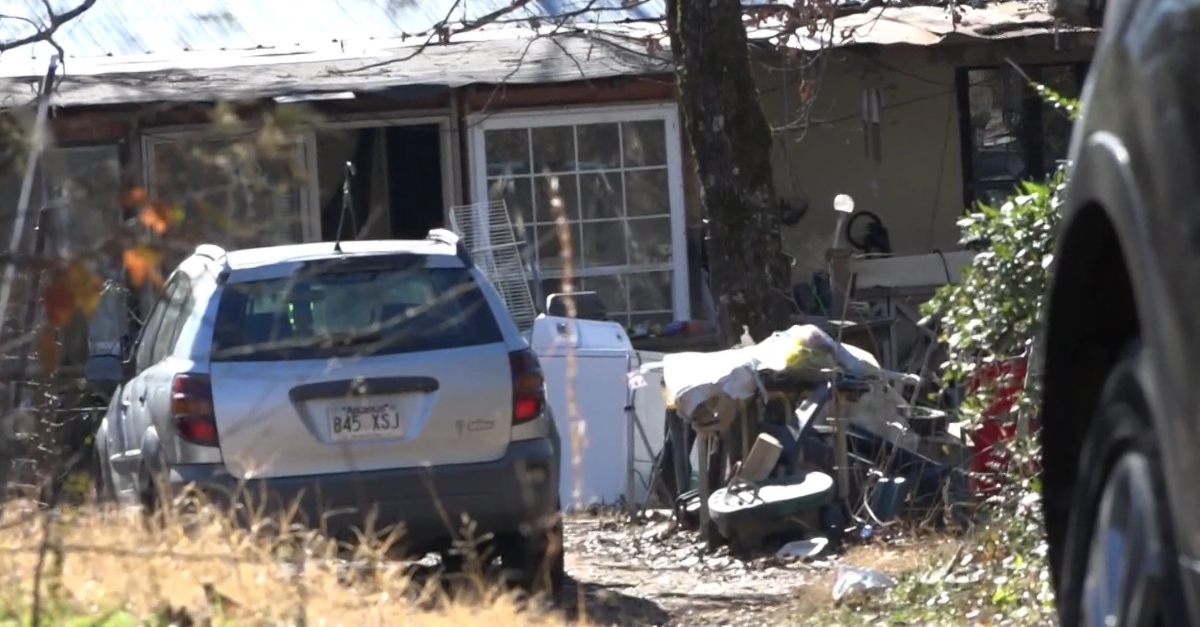 Site of the alleged murder-suicide.

Deputies in Pope County, Arkansas say they know who was behind an apparent murder-suicide at a home in Pine Ridge Road. They suggest it was Jaquita Chase, 31. She killed her mother and three daughters, then herself, they said.

“Even though the investigation is still ongoing, at this point in the investigation, we are confident in the fact that we believe Jaquita Chase to be the perpetrator in this incident,” Sheriff’s office spokesman Sgt. Rodney McNeese said, according to Arkansas Online on Wednesday.

This incident was described as a shooting. The alleged motive remains unclear.

The sheriff’s office previously identified Chase and the victims as being found dead on Christmas Day. The other family members were named:

“While all loss of life is heartbreaking, this situation has been particularly tragic,” said Sheriff Shane Jones. “Anytime children are senselessly taken from those who love them, the pain is beyond compare. When you add to that the loss of the adults involved, the pain is unfathomable. There are so many family members and friends who are hurting, dismayed and in shock over the events of this past Christmas Day. We need to keep them in our prayers, as they will need many in the days ahead, and continue to reach out to them to offer any assistance possible.”

“Thank you everyone for the kind words,” Dustan Countryman said. “I’ve received hundreds of messages. She and her family would be happy to know so many people care. My daughter was my world. I wish I didn’t work so much that I could have been with her more. But when I didn’t work it was always the park, swimming, laying around cuddled watching tv or TikTok, playing Minecraft or just goofing around. She was a fantastic soul that didn’t deserve any of this. I wish it were me instead.”

Obituaries were posted by Russellville Family Funeral for both women, and each of the three girls. The facility noted that they are accepting donations to assist with funeral arraignments.