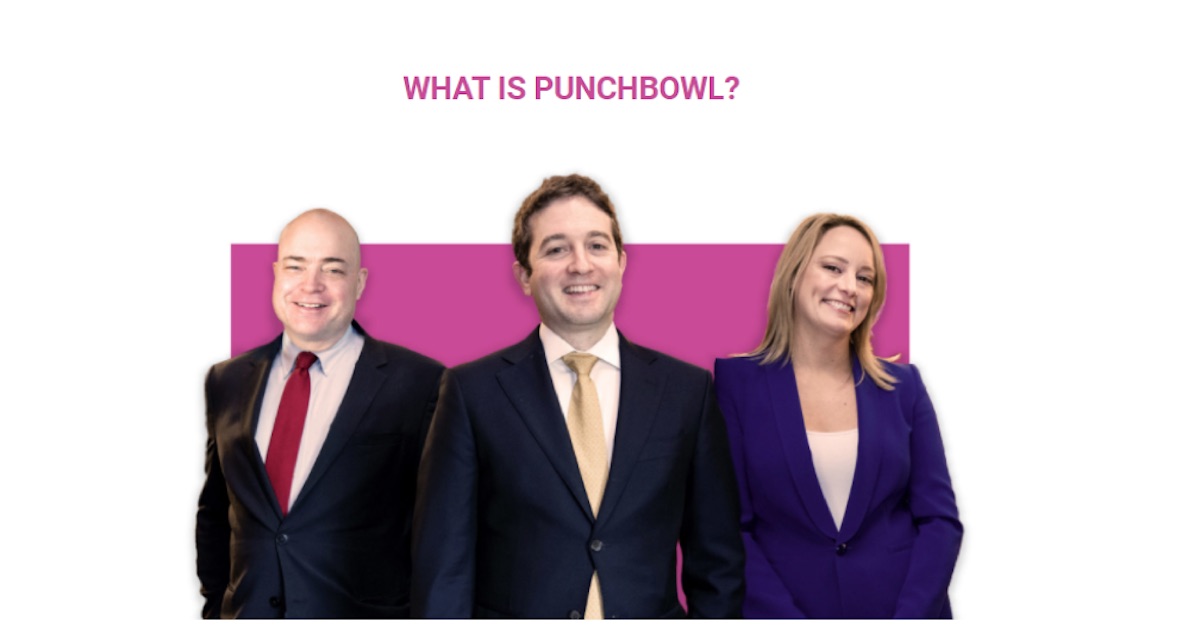 A federal lawsuit filed in Eastern District of Virginia on Friday alleges that media startup Punchbowl News infringed on the trademark of Punchbowl, Inc., a Massachusetts-based company that focuses on online invitations and greeting cards rather than online newsletters.

“Since at least as early as April of 2006, Plaintiff has used the highly distinctive and commercially strong PUNCHBOWL® mark (the ‘PUNCHBOWL Mark’) to market and sell its online communications solutions throughout the United States and the world,” the lawsuit begins. ‘The PUNCHBOWL Mark has been extensively advertised and promoted in various media in the United States, including online through the PUNCHBOWL website (https://www.punchbowl.com) and social media sites such as Facebook, Twitter, Instagram, and Pinterest.”

The plaintiff says that “substantial time, effort, and resources” have been spent on building the brand under the “Punchbowl Mark,” claiming the “public has come to recognize and rely upon the PUNCHBOWL Mark as an indication of the high quality associated with Plaintiff’s online communications solutions.”

Punchbowl News is a subscription-based startup online media site recently founded by former Politico reporters Anna Palmer, Jake Sherman, and John Bresnahan. Their website notes that the name of the site derives from the “Secret Service nickname for the Capitol.”

Longstanding nicknames aside, the plaintiff claims that Punchbowl Inc. was first to the trademark by more than a decade, but has and will continue to be substantially harmed by Punchbowl News’ “brazen adoption” of a “confusingly similar” trademark. A photo comparing the marks was included in the suit:

The plaintiff claims, for instance, that their company has been contacted by a “steady stream of consumers” who “mistaken[ly]” believe that Punchbowl Inc. and Punchbowl News are “affiliated” with one another.

“Defendant’s infringing use of the PUNCHBOWL mark is knowing and willful and is likely to cause confusion, mistake, or deception in the marketplace as to the source or origin of Defendant’s goods and/or services and whether those goods and/or services are endorsed by or otherwise affiliated with Plaintiff,” court documents say, alleging five causes of action and demanding a jury trial.

Punchbowl Inc. claims it is “entitled” to “any” of Punchbowl News’ profits that are “made […] in connection with its infringing activities.” The plaintiff is asking a federal judge to block Punchbowl News from using the Punchbowl mark for commercial purposes. Furthermore, the plaintiff seeks “three times [Punchbowl News’] profits and three times of all Plaintiff’s damages,” plus attorneys’ fees.

Law&Crime reached out to Punchbowl News for comment on the lawsuit earlier on Monday. We will update this story if we receive a response.