Day Care Provider Indicted in Murder of 16-Month-Old Boy, Allegedly Admitted She Might Have ‘Bonked His Head’ 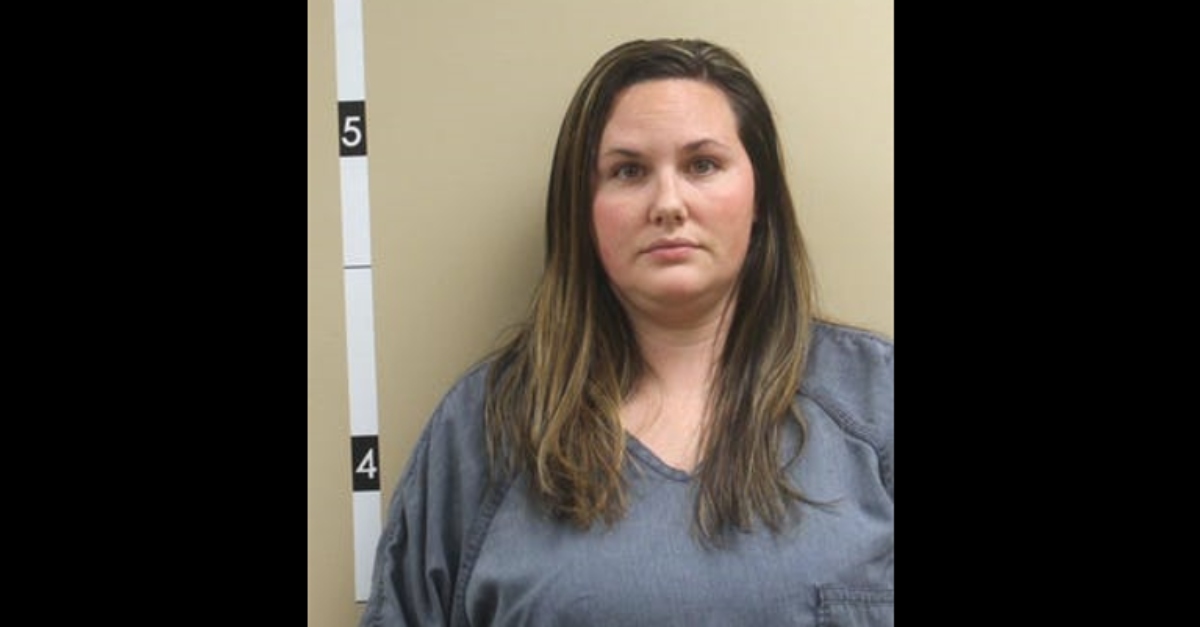 Earlier this summer, South Dakota authorities responded to a report that a 16-month-old toddler had been breathing—but not conscious. An ambulance whisked the boy to the hospital, where a doctor observed “significant brain bleed” following a CT scan, and suspicion turned to his day care provider, records show.

On Thursday, a grand jury charged that 31-year-old day care provider, Amanda Walder, in a four-count indictment with second-degree murder, two counts of first-degree manslaughter, and aggravated battery of an infant.

The top count states that Walder acted “without any premeditated design” but also “without regard for human life.”

The probable cause statement for her arrest—dated July 15 of this year, the day after the alleged incident—offers details of her interview with a detective.

“During the interview, Amanda admitted to being firm with [NAME REDACTED] about putting him down to sleep for a nap,” according to the probable cause statement, obtained by Law&Crime. “When asked if she felt like what she did would cause a head injury and she said possibly. She admitted she could have bonked his head on his frame of the bed.”

The child was young Liam Koistinen, according to The Watertown Public Opinion.

The boy’s parents Genevie and Jeffrey Koistinen, told investigators they normally live in Arizona but were staying out of their RV in Watertown, South Dakota for the summer, according to court papers.

Jeffrey Koistinen told the Public Opinion that they were visiting family.

“My parents are older,” he said. “We wanted to spend time with the family. To have Liam be with them and get to know them.”

He said Liam survived a near-fatal birth. The child was not born breathing, went nine minutes without oxygen and spent two weeks in intensive care. But the couple said doctors told them he got away without brain damage. To make sure he developed normally, they decided to put him in a daycare so he could interact with other children.

Jeffrey Koistinen said they noticed that he appeared agitated on the way to Walder’s daycare, but they believed he just did not want to be away from them.

“He would be kind of cold when we picked him up from day care,” Jeffrey Koistinen said. “So we started putting socks on him. When we put socks on him, you could see the look on his face. He knew the route we took to Amanda’s house. Two turns away, the look on his face was worry. We were thinking he was worried because he knows where he’s going and didn’t want to be away from us.”

Authorities said Genevieve told them Liam woke up that day on July 14, happy as usual but he was crying when they pulled up to the daycare. The couple had gone to her after getting a recommendation from mutual friends.

Walder called Jeffrey Koistinen later that day at around 3 p.m., telling him she found his son unresponsive but still breathing after putting him down for a nap, according to this version of events. Liam had been previously been crying when she put him down for the nap and she decided to let him cry it out, she allegedly said. Koistinen told her to call 911, and she did.

When authorities arrived, paramedics with the Watertown Fire Rescue Ambulance said that they observed signs of a “possible seizure during their assessment of the child,” sending him to Prairie Lakes Hospital, according to the affidavit. That is when the CT scan established brain bleed, prompting the doctor to inform authorities about “suspicion of possible abuse,” investigators said.

“Dr. Singh advised that this was common result of the child being head shaken,” the probable cause statement reads.

Cops blame Walder, saying she admitted to them in a post-Miranda interview to being firm in putting him down for a nap.

Read Walder’s probable cause statement and indictment below: