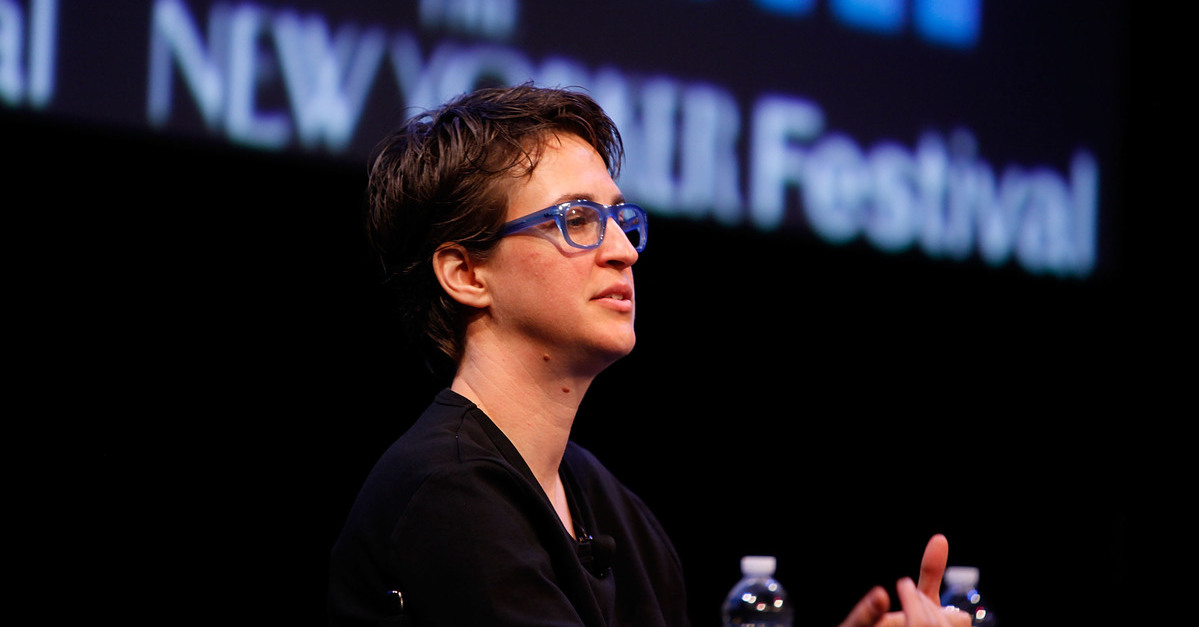 A U.S. District judge in the Southern District of California on Friday dismissed the defamation lawsuit One America News Network (OAN) filed against MSNBC and Rachel Maddow, finding that there was “no set of facts that could support a claim for defamation based on Maddow’s statement.”

The $10 million lawsuit, filed in Sept. 2019 by Herring Networks, Inc., alleged that the MSNBC host “maliciously and recklessly” smeared OAN as a Russian state propaganda outlet. Herring Networks, Inc. owns and operates OAN. The meaning(s) of the word “literally” ended up being the focal point of the Maddow statement at issue.

Maddow’s comments were made in the context of discussing a Daily Beast report on an OAN reporter named Kristian Rouz. That report was headlined, “Trump’s New Favorite Channel Employs Kremlin-Paid Journalist.” OAN’s visibility has increased, especially recently, due to the White House’s affinity for it (see: sit-down interview with Rudy Giuliani on all things Ukraine; questions asked at White House briefings).

Maddow opened the segment by informing viewers about OAN, calling it a “boutique little news outlet that is designed specifically for Trump-mega fans.” She pointed out that President Trump previously praised OAN’s ratings on Twitter and gave OAN a press pass to the White House. Maddow then stated that she has the “most perfectly formed story of the day” and presented Kevin Poulsen’s Daily Beast article. She stated the article reports that OAN, which is “Trump’s favorite, more Trump-ier than Fox TV network[,] . . . has a full-time on-air reporter who covers U.S. politics, who is also simultaneously on the payroll of the Kremlin.” The reporter is being paid to produce “pro-Putin propaganda” for the Russian-funded network Sputnik. Maddow states, “there is a lot of news today, but among the giblets the news gods dropped off their plates for us to eat off the floor today, is the actual news that this super right-wing news outlet that the President has repeatedly endorsed . . . we literally learned today that that outlet the President is promoting shares staff with the Kremlin. I mean, what?” She laughs and soon after says, “in this case, the most obsequiously pro-Trump right wing news outlet in America really literally is paid Russian propaganda. Their on-air U.S. politics reporter is paid by the Russian government to produce propaganda for that government.” (emphasis added). The underlined portion of the sentence highlights where Plaintiff takes issue. Plaintiff sued for defamation. Soon afterwards, Defendants filed the present Motion.

OAN’s lawsuit asserted that Maddow–as well as the other named corporate defendants–knew the liberal host’s statement was false and that Maddow acted both maliciously and recklessly when she made it. This language mirrored the legal definition of defamation under California statutory and case law.

But defendants responded with a special motion to strike under California’s anti-SLAPP statute. Anti-SLAPP means anti-strategic lawsuit against public participation. More on that:

Anti-SLAPP laws are intended to prevent people from using courts, and potential threats of a lawsuit, to intimidate people who are exercising their First Amendment rights. In terms of reporting, news organizations and individual journalists can use anti-SLAPP statutes to protect themselves from the financial threat of a groundless defamation case brought by a subject of an enterprise or investigative story.

The judge said that MSNBC and Maddow had to first “establish that ‘the challenged cause of action is one arising from protected activity.'” They did and OAN didn’t dispute it: “Plaintiff agrees that Maddow was exercising her constitutional right of free speech and her statements concerned a public issue.”

Once that happened, the judge noted, the burden shifted to OAN, which had to show “a probability of prevailing on the claim.” OAN did not show such a probability. The judge’s analysis began by noting that “literally” doesn’t necessarily mean “literally” anymore. The analysis concluded that Maddow had expressed an opinion and rhetorical hyperbole, not a defamatory statement:

A main issue here is whether Maddow’s statement was hyperbolic. Because Maddow used the word “literally” (i.e., OAN is “literally” paid Russian propaganda), Plaintiff asserts it would be unreasonable to find the statement to be hyperbolic. What is noteworthy about the word “literally” is its conflicting definitions. The first definition of the word is: “in a literal sense or manner: such as . . . in a way that uses the ordinary or primary meaning of a term or expression [or] used to emphasize the truth and accuracy of a statement or description.” Merriam-Webster Online Dictionary, https://www.merriam-webster.com/dictionary/literally (last visited May 19, 2020). But the alternative definition is: “in effect : Virtually — used in an exaggerated way to emphasize a statement or description that is not literally true or possible.” Id. Further, under either definition, the term can “lose[] its meaning when considered” in context. See Knievel v. ESPN, 393 F.3d 1068, 1074 (9th Cir. 2005). Although Maddow used the word “literally,” this does not necessarily mean the phrase should be taken to be factual. Nowadays, as evidenced by the two conflicting definitions of the word “literally,” use of the word can be hyperbolic.

Further, in the sentence immediately following the contested sentence that OAN is “literally paid Russia propaganda,” Maddow said, almost as a clarification, that OAN’s “on-air U.S. politics reporter is paid by the Russian government to produce propaganda for that government.” And, at the time Maddow made the allegedly defamatory statement, the screen was showing the Daily Beast article accompanied by the text: “One of the on-air reporters at the 24-hour network is a Russian national on the payroll of the Kremlin’s official propaganda outlet. Sputnik.” Thus, Maddow immediately qualified the allegedly defamatory statement with a factual clarification and viewers were seeing accurate information regarding OAN on the screen while listening to Maddow.

In sum, when the total context surrounding Maddow’s comment is considered, the Court finds that the context weighs towards a finding that the statement constitutes opinion and rhetorical hyperbole protected under the First Amendment.

The court granted Maddow’s special motion to strike, dismissed the OAN complaint with prejudice (i.e., forever) and allowed the defendants to seek legal fees and costs from OAN.

[Image via Joe Kohen/Getty Images for The New Yorker]