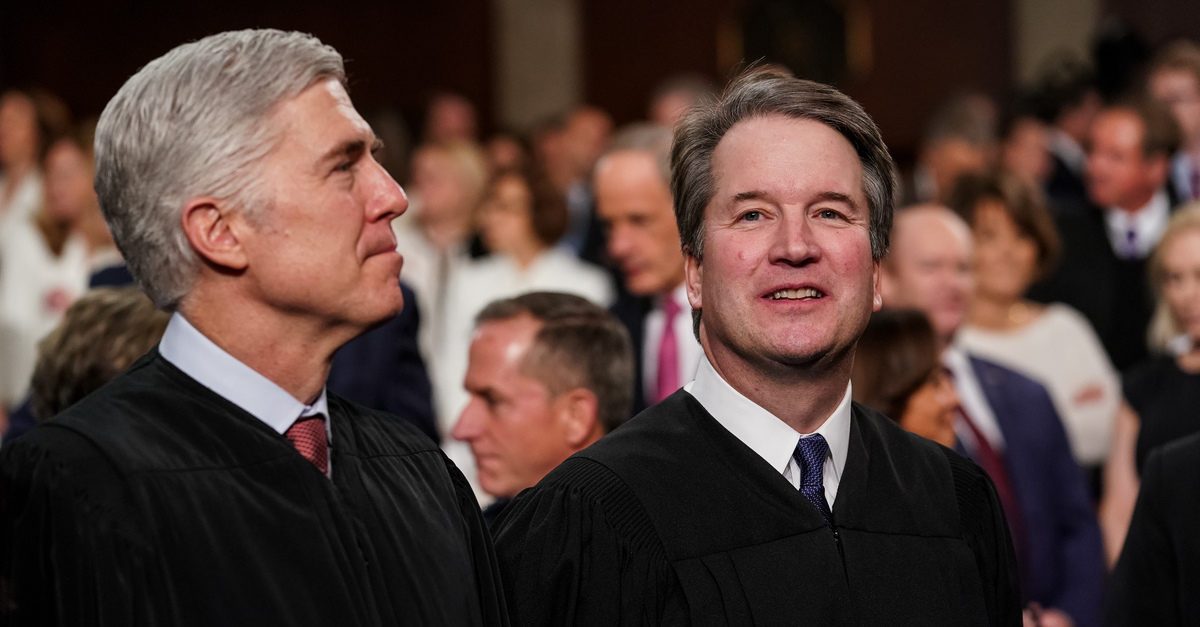 A new bill introduced in the Senate on Thursday seeks to reveal the “dark money” donors that bankroll groups dedicated to lobbying for or against federal judicial appointments.

The Judicial Ads Act, proposed by Democratic Sens. Dianne Feinstein (D-Calif.) and Sheldon Whitehouse (D-R.I.), would require organizations that spend more than $50,000 on advertisements concerning nomination to the federal judiciary to provide the Federal Election Commission with a list of donors who give the group $5,000 or more.

Such organizations, which have always kept the names of donors confidential, have played a particularly significant role in shaping the federal judiciary under President Donald Trump, who has appointed 200 Article III judges. That number is second only to President Jimmy Carter, who had 228 judicial appointments through the same point in his first term.

The legislation comes on the heels of Senate Democrats in May investigating and releasing a report claiming that a vast network of dark money organizations funded by conservative billionaires and run by former head of the Federalist Society Leonard Leo have used that money to reshape the judiciary for decades.

According to a report from watchdog group Open Secrets, one organization in particular has been particularly influential in molding the courts: the Honest Election Project, which, “despite appearing to be a free-standing new operation,” is actually “just a legal alias” for the Leo-linked Judicial Education Project.

“Backed by a dark money group funded by right-wing stalwarts like the Koch brothers and Betsy DeVos’s family, the Honest Elections Project is part of the network that pushed Supreme Court picks Brett Kavanaugh and Neil Gorsuch,” the report stated. “The Judicial Education Project is closely aligned with the Judicial Crisis Network, a group with unmatched influence in recent years in shaping the federal judiciary. Judicial Crisis Network spearheaded the campaigns to get Gorsuch and Kavanaugh confirmed to the Supreme Court, spending millions of dollars in each instance. It has also spent significantly on critical state supreme court races across the country.”

In a statement, Feinstein said the outlandish spending during the Supreme Court confirmation processes were a primary catalyst for the bill.

“The American people have a right to know who is trying to influence judicial nominations,” Feinstein said. “Our bill would help shine light on the process, requiring major donors to these campaigns to be identified and removing the serious potential for undisclosed conflicts of interests.”

See below for the full text of the bill.