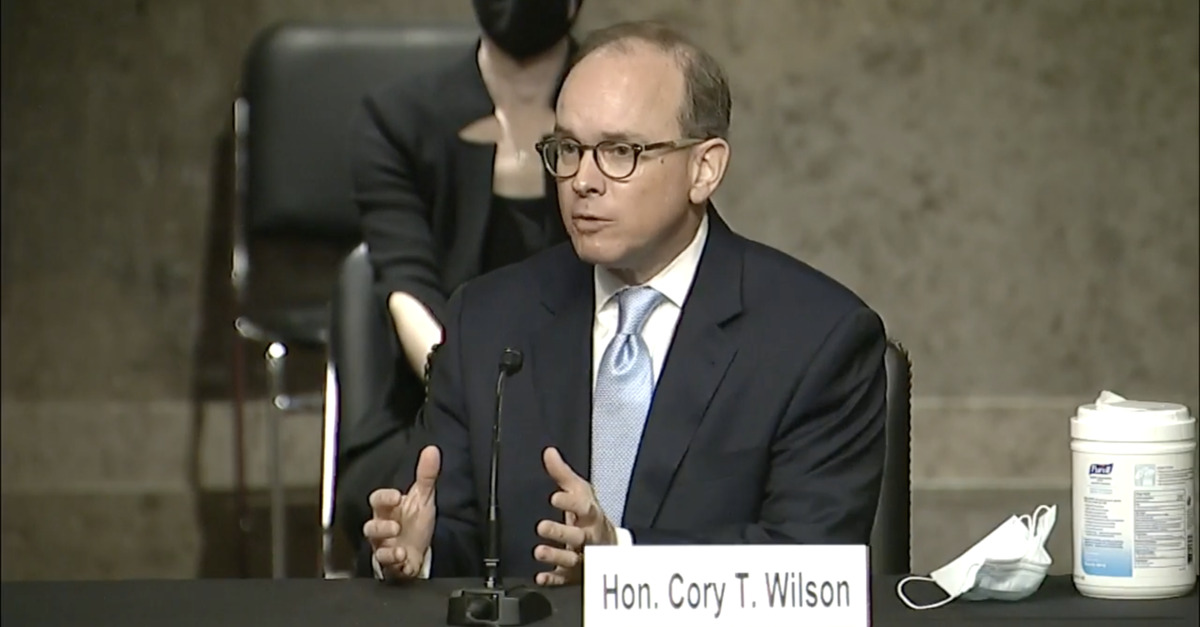 A federal appellate judge sitting in New Orleans, Louisiana used a litany of alcohol-related puns and pop culture references in a Monday opinion limiting the authority of the agency that regulates the booze industry in Texas.

The opinion by Donald Trump-appointed Circuit Judge Cory T. Wilson gets into the sud-soaked language right out of the gate:

This is a case about beer. It turns on the meaning of the word “owned,” a pint-sized word with stout implications for craft brewers in Texas.

The facts of the case are pretty straightforward.

In 2019, the Texas legislature changed state law to allow small-scale breweries to sell to-go beers directly to consumers. But the change was limited to companies who produced no more than 225,000 barrels per year “at all premises wholly or partly owned.”

Wilson describes the change as “a previously untapped market for craft beer-to-go,” but bemoans the barrel limit as “a bit of a buzzkill.”

The company was ordered to stop such sales by the Texas Alcoholic Beverage Commission (TABC) because of production facilities used on leased properties that put their annual output well over 225,000 barrels.

CANArchy sued and won in district court. The TABC appealed. On appeal, a three-judge panel affirmed the lower court’s ruling.

“Party over,” Wilson writes, describing the agency’s cease-and-desist order before commenting on the case’s current posture: “Party on.”

A lengthier description of the procedural history continues the trend:

Sobered by TABC’s cease and desist letters, CANarchy stopped selling beer-to-go. But CANarchy also brought the matter to a head by draughting a Texas state court complaint against TABC and its Chairman and Commissioners in their official capacities, seeking two forms of declaratory relief.

The plaintiffs originally sued under a primary legal theory premised on the dormant Commerce Clause of the U.S. Constitution but eventually won their motion for summary judgment based on a secondary theory that a company does not “own” a piece of real estate that they lease. Factually, the lower court observed, the company only produces around 17,000 barrels of beer on property they actually own. Coincidentally, that property is not located in the Lone Star State.

CANarchy then moved to voluntarily dismiss their dormant Commerce claim.

Rather than simply endorsing the lower court’s ruling, the court took the opportunity to pour out a lengthy analysis of its own, complete with a reference to hops.

“Distilling their arguments, TABC asserts that the word ‘owned’ includes leased premises, while CANarchy contends that it does not,” Wilson continues. “We hop right to the analysis.”

The heart of the appellate court’s analysis rests on the fact that the word “owned” is not defined in Texas law. The court endorsed the notion that the meaning can be gleaned from statutory context – which places it outside and different to what the word “lease” means. The TABC, oppositely, argued that “owned” should be defined in accordance with the common law. That argument proved to be a losing one.

“We have not found, and TABC does not cite, any case in which a Texas court has conceptualized ownership as just one, or a specific number, of ‘sticks’ in a bundle of property rights,” the opinion says. “Instead, the few Texas cases to discuss the term ‘owned’ or its variants demonstrate that ‘own’ has no well-established meaning in common law…TABC’s resort to the common law falls a bit flat.”

Wilson goes on for awhile without indulging the theme before later describing the TABC’s secondary argument as a “party foul” because it was not raised with the district court – and therefore forfeited.

The full opinion is available below: