Senate Decided Not to Call Trump Impeachment Witnesses Because ‘People Want to Get Home for Valentine’s Day’: Report 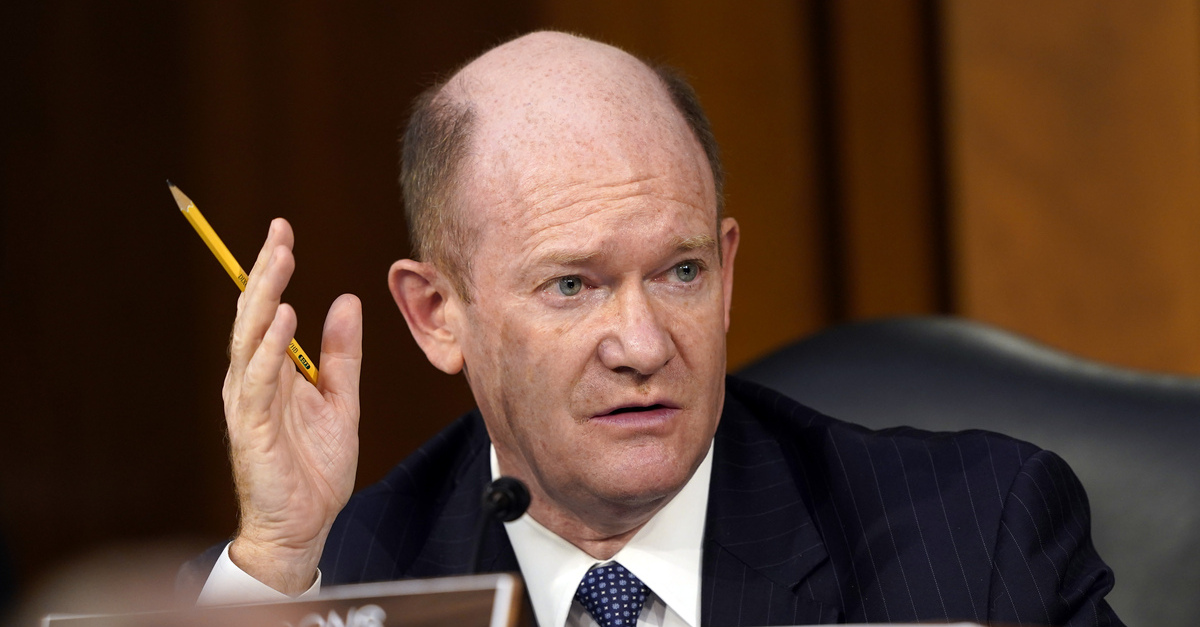 Ex-president Donald Trump was acquitted by the U.S. Senate for the second time late Saturday afternoon as members of the upper chamber reportedly wished to rush home for Valentine’s Day.

On Saturday morning, House impeachment managers caused a transitory bit of grief and turmoil when they announced their intent to subpoena witnesses. Fifty-five senators from both major parties quickly voted to allow witness testimony in the 45th president’s trial-like tribunal but just as quickly walked back that decision in favor of reading a prominent GOP House member’s Trump-critical statement into the congressional record.

The move allowed Democrats to put evidence on the record that they wished to establish while avoiding potentially embarrassing direct attacks from the Trump defense.  Trump’s lawyers repeatedly accused many Democrats of “providing moral comfort to mobs” and “violent anarchists” during the summer of 2020 — and for concomitantly failing to face impeachment for conduct they argued was worse than Trump’s.

Trump attorney Michael van der Veen said the comments of several top Democrats — including then-Sen. Kamala Harris — were “closer to the actual definition of incitement than anything President Trump has ever said or done, never mind what he said on the 6th.”  Van der Veen then referred to the proceedings against Trump as “a hypocrisy” filled with “dishonesty” and “insincerity.”

Facing calls by Republicans to call several of the same Democrats that van der Veen had been calling out, the Senate headed home for a week-long vacation after formalizing their effort to acquit Trump by a 57-43 vote.

Senate Democrats had, despite their collective vote to hear witnesses, not actually wanted to do anything of the sort and quickly rushed to undo the motion at the request of President Joe Biden‘s leading man in the Senate: Sen. Chris Coons (D-Del.).

Described by Politico as “Biden’s ambassador to the GOP,” Coons is said to be “critical to advancing the new president’s agenda.”

A person close to Coons said that he spoke to the parliamentarian and GOP senators and conveyed to the managers that opening up the witnesses question would lead to days if not weeks of debate over the matter and that Republicans were ready to vote. In particular, Coons said that GOP Leader Mitch McConnell‘s plans to acquit demonstrated that there was a ceiling to how many Republicans would go along.

“The jury is ready to vote,” Coons told House impeachment managers, according to the outlet. “People want to get home for Valentine‘s Day.”

According to that story by Burgess Everett, Heather Caygle and Marianne Levine, citing “multiple” anonymous “Democratic sources,” Coons twice implored House impeachment managers to settle for the Trump-critical statement and expressed fear that calling witnesses might cost votes from both Republicans and Democrats.

Chris Coons, as a fellow doofus senator from Delaware, is perceived as a Biden mouthpiece. This comment is so utterly embarrassing that it might cost him credibility within the White House. Mortifying. https://t.co/THNfz3dUjn

Roses are red
Violets are blue
I bungled impeachment
So I could see you https://t.co/cyXeMdKDAT

sure, very important for the powerful middle-aged / elderly adults in charge of our government during multiple epochal crises to be home for…. Valentine’s Day https://t.co/Wj2K26tB4Q

Chris Coons out here putting his own personal desire for a day off ahead of his obligations to his country and his democracy. This guy has a lot to answer for. https://t.co/Bb7mFd0aam

It’s not hard to put 2 and 2 together to figure who orchestrated the Democratic capitulation in the Senate ↘️ pic.twitter.com/wY7OZ5o5Yb

Attorney Jeff Hauser offered a representative response to Coons’ remark in the form of a suggestion.

Yet some of the criticism aimed directly at Coons may be misguided.  Given the context, Coons may have been relaying that other Senators wanted to go home for the holiday — not himself.