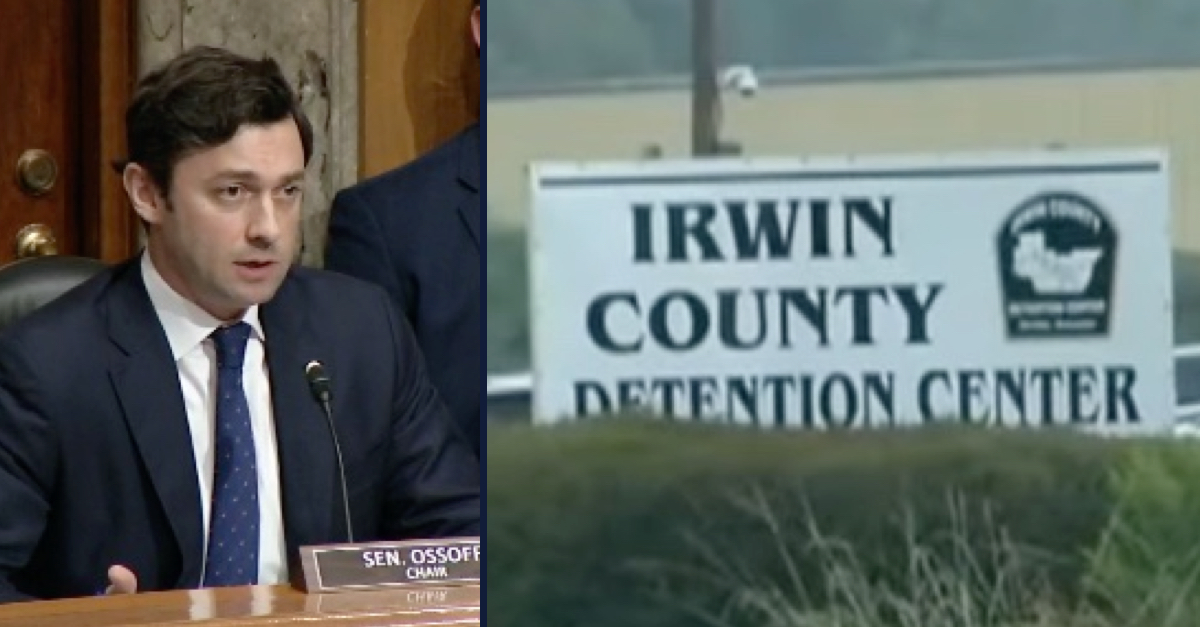 A doctor performed numerous unnecessary medical exams and procedures on immigration detainees being held in Georgia, at times without the patient’s consent, a Senate investigation has found.

Dr. Mahendra Amin, an OB-GYN who had contracted with the department of Immigration and Customs Enforcement (ICE) to examine and treat detainees at the Irwin County Detention Center (ICDC) in Georgia, was accused in a September 2020 whistleblower complaint of multiple abuses at the center, including performing “mass hysterectomies” on patients, at times without informed consent.

The report released Tuesday from the Permanent Subcommittee on Investigations (PSI), part of the Senate’s Homeland Security and Governmental Affairs Committee, found that female detainees under Amin’s care at ICDC between 2017 and 2020 were subject to “excessive, invasive, and often unnecessary gynecological procedures.”

“There appears to have been repeated failures to secure informed consent for offsite medical procedures performed on ICDC detainees,” the report says.

That medical care was “known by DHS to be deficient,” the report says, but neither ICDC nor its operating company LaSalle Corrections took “effective corrective action.”

Moreover, ICE did not conduct thorough oversight of off-site medical providers and procedures, the report found.

Amin stopped working at the ICDC after the whistleblower complaint. A class action lawsuit brought by former and current detainees who were treated by Amin was filed in December of 2020, alleging numerous counts of abuse, mistreatment, and unnecessary procedures and surgery.

In May of 2021, the Biden administration announced that ICE would no longer contract with ICDC, although the detention center still houses people in federal custody with the U.S. Marshals Service.

Tuesday’s PSI report notes that as of early 2022, Amin was under criminal investigation by multiple federal agencies, although the committee does not know the current status of those investigations. Amin declined to speak with the committee, citing the Fifth Amendment protection against self-incrimination.

The report did not find support for nurse Dawn Wooten‘s whistleblower allegation that Amin had performed “mass hysterectomies.” Rather, it said the two hysterectomies the doctor did perform on ICDC detainees were indeed medically necessary.

Amin, however, was a “clear outlier” in both the number and types of procedures he performed compared to other OB-GYNs that treated ICE detainees, according to the committee. Although ICDC housed around 4% of female ICE detainees nationwide from 2017 to 2020, Amin accounted for around 6.5% of total OB-GYN visits among all ICE detainees in the same time period, the report said.

During that time, he performed nearly one-third of certain types of OB-GYN procedures among all ICE detainees nationwide, and in some cases, more than 90% of what the report describes as “key procedures.”

Dr. Amin performed 44 laparoscopies to excise lesions, or 94% of all such procedures conducted on all ICE detainees.

Dr. Amin administered 102 Depo-Provera injections, or 93% of all such injections provided by all OB-GYN specialists to ICE detainees.

Experts who had reviewed hundreds of pages of records “concluded that Dr. Amin subjected women to aggressive and unethical gynecological care,” the report said.

The report also says that neither ICDC nor LaSalle took effective corrective action despite knowing that the medical care provided to detainees was deficient.

The committee interview six former ICDC detainees who had been treated by Amin, five of whom are plaintiffs in the December 2020 lawsuit.

“These women described feeling confused, afraid, and violated after their treatment by Dr. Amin,” the report says. “Several reported that they still live with physical pain and uncertainty regarding the effect of his treatments on their fertility. These women also described instances in which Dr. Amin was rough and insensitive while performing procedures, continued despite their complaints regarding pain, and failed to disclose the potential side effects of certain procedures or even answer questions regarding his diagnosis or treatment plan.”

“Several women stated that they did not provide their consent to the examinations or procedures Dr. Amin performed,” the report added.

According to the report, the PSI found that Amin is not board-certified, and that in 2013 he was sued by the DOJ and the State of Georgia, alleging Medicaid fraud by ordering unnecessary and excessive medical procedures. That lawsuit settled in 2015, when Amin and his codefendants paid a $520,000 settlement to the federal government, the report says.

“Unnecessary Surgeries Performed on Prisoners? Give Me a Break.”

PSI Chair Sen. Jon Ossoff (D-Ga.) led the subcommittee’s questioning of witnesses on Tuesday, including former detainee Karina Cisneros Preciado, who says she was arrested in June 2020 despite being the victim of repeated abuse by the father of her then-infant daughter.

In written testimony, Preciado says Amin had ordered her to undergo surgery — despite not answering her questions or offering a meaningful explanation — but that she was “saved from the surgery because news about Dr. Amin’s abuse came out.”

“Why was he allowed to harm me and so many other women?” Preciado asked.

Stewart D. Smith, the Assistant Director of ICE Health Service Corps, also testified Tuesday. He told Ossoff that ICE was not aware of the 2013 accusations against Amin when the agency contracted with him and that the agency only learned about it after the September 2020 whistleblower complaint.

Smith said that even if “red flags” did appear, it doesn’t necessarily mean that ICE wouldn’t contract with the particular doctor.

“If they’re licensed in the state . . . and we have not received any specific complaints on the physician we will evaluate further,” Smith said. “In Dr. Amin’s, case he was the only provider in the area that was willing to see these patients. However, we were not aware of all the particulars until the whistleblower allegation.”

Ossoff seemed incredulous, noting that that the PSI had “quite swiftly” discovered evidence of “red flags” that ICE should have noted.

At the conclusion of the hearing, Ossoff did little to hide his disgust at the way the women were treated at the hands of Amin.

“This is such an appalling case,” the senator said. “As I said earlier, I can’t think of anything much worse than this. Unnecessary surgeries preformed on prisoners? Give me a break. It is an abject failure, Dr. Smith. It’s a disgrace to the federal government.”

“The horrifying reality is, that in many cases, these women did not know exactly what was being done to their bodies,” Priyanka Bhatt, Senior Staff Attorney for Project South, said in a statement emailed to Law&Crime. “Today’s hearing also makes explicit ICE’s inability to provide proper medical care to immigrants in their custody. ICE did not have proper vetting procedures or utilization review processes in place to prevent abuses like these from happening. We demand justice for the survivors and remain steadfast in our belief that the practice of immigrant detention must end.”

Lawyers for Amin did not immediately respond to Law&Crime’s request for comment.

You can read the report here.