Despite Biden Admin’s Claims, Southern District of Texas Ruling ‘Does Not Require ICE to Deport’ 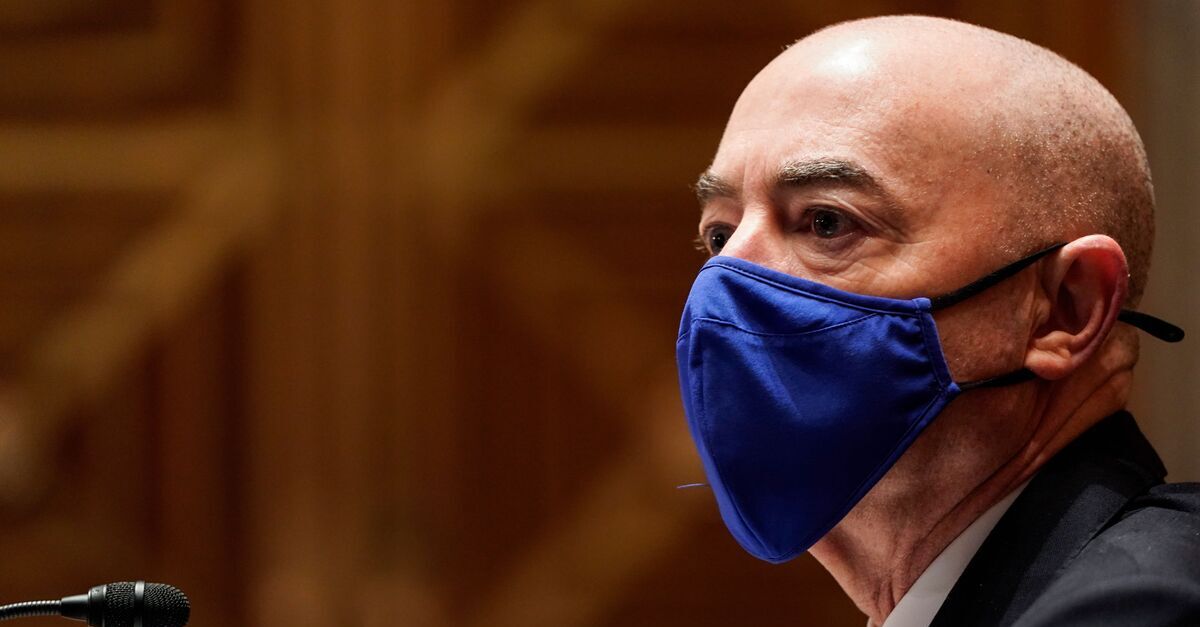 Alejandro Mayorkas, the Secretary of Homeland Security, testifies during his confirmation hearing in the Senate Homeland Security and Governmental Affairs Committee on Jan. 19, 2021 in Washington,DC.

A federal judge put another hold on President Joe Biden‘s limited efforts to halt final deportation orders during the first 100 days of the nascent president’s term in office.

The 105-page ruling out of the Southern District of Texas doesn’t force the administration to engage in deportations, but Immigration and Customs Enforcement (ICE) has previously signaled it intends to use the court’s order to continue a deportation spree that stands in stark contrast to Biden’s 2020 campaign promises.

To date, over 26,000 immigrants have been deported by the Biden administration since U.S. District Judge Drew Tipton issued a temporary restraining order against part of an immigration memo containing Biden’s so-called “deportation moratorium.”  That initial memo, however, was not an actual moratorium.  Separate sections allowed ICE agents to deport various categories of undocumented immigrants—including anyone who has entered the country on or after November 1, 2020.

Tipton’s first order only enjoined Section C of the original Biden memo issued Jan. 20. That memo directed “an immediate pause on removals of any noncitizen with a final order of removal” for the first “100 days” of the 46th presidency.

“[T]he core failure of DHS lies not in the brevity of the January 20 Memorandum or the corresponding administrative record, but instead in its omission of a rational explanation grounded in the facts reviewed and the factors considered,” Tipton wrote. “This failure is fatal, as this defect essentially makes DHS’s determination to institute a 100-day pause on deportations an arbitrary and capricious choice.”

Legal experts insist, however, that the courts have not forced the Biden administration to deport undocumented immigrants.

“Today’s court order does not require ICE to deport everyone who has a final deportation order,” Cornell Law Professor and immigration law expert Stephen W. Yale-Loehr told Law&Crime. “ICE still has discretion in deciding who to deport.”

The distinction between what the court’s order actually says and how the administration has used the order to justify deportations makes a significant difference.

The Department of Homeland Security (DHS) continued to retain discretion over who to actually remove and when to do so. Under Biden, and citing Tipton’s original preliminary injunction, DHS and ICE were initially given carte blanche to continue various removal proceedings already-in-progress and to initiate new proceedings.

On Feb. 2, several dozen law professors and immigration lawyers issued an open letter imploring the Biden administration to use all the discretion available under the law to stop deporting people; in essence, it was a plea to stop hiding behind Tipton’s order and to take strong executive action.

Importantly, the recent Temporary Restraining Order entered in Texas v. United States does not undo or limit the longstanding and unchallenged authority of DHS to exercise prosecutorial discretion favorably towards a person or group of persons after they have received a removal order (and beyond the removal period). We urge DHS to use this authority to halt deportations scheduled to take effect today, tomorrow and in the coming weeks whenever they conflict with the Biden Administration’s commitment to a humane immigration system and with years of legal precedent and agency practice recognizing the importance of prosecutorial discretion in immigration enforcement.

“As the TRO by its own terms enjoined only the nationwide 100-day pause on removals and ordered a return to the ‘last uncontested status quo’ before the January 20 Memorandum, it left undisturbed the significant legal authority for DHS to exercise prosecutorial discretion and decline to execute removal orders in particular circumstances and in myriad ways,” the letter notes. “Prior to the January 20 Memorandum, DHS had authority to stay removals in individual cases and groups of cases. The TRO did not purport to overturn regulations or to alter any pre-January 20 authority possessed by DHS.”

The White House, however, was not receptive to those legal arguments.

To the extent that Tipton’s order is news, it’s the length of time in which it will be in effect. The original TRO was only for 14 days. The current order will remain in place until a higher court issues an order to overturn it.

The American Civil Liberties Union (ACLU), which harshly criticized Biden for backtracking from his deportation moratorium promise after DHS issued the new discretionary interim guidance earlier this month, was also furious about the latest court decision.

“This ruling is legally wrong and will seriously harm families and communities around the country,” Cody Wofsy, a staff attorney with the ACLU’s Immigrants’ Rights Project said. “Texas’ suit is an attempt to deprive the Biden administration of a meaningful opportunity to review and assess immigration enforcement after years of living under lawless Trump policies.”